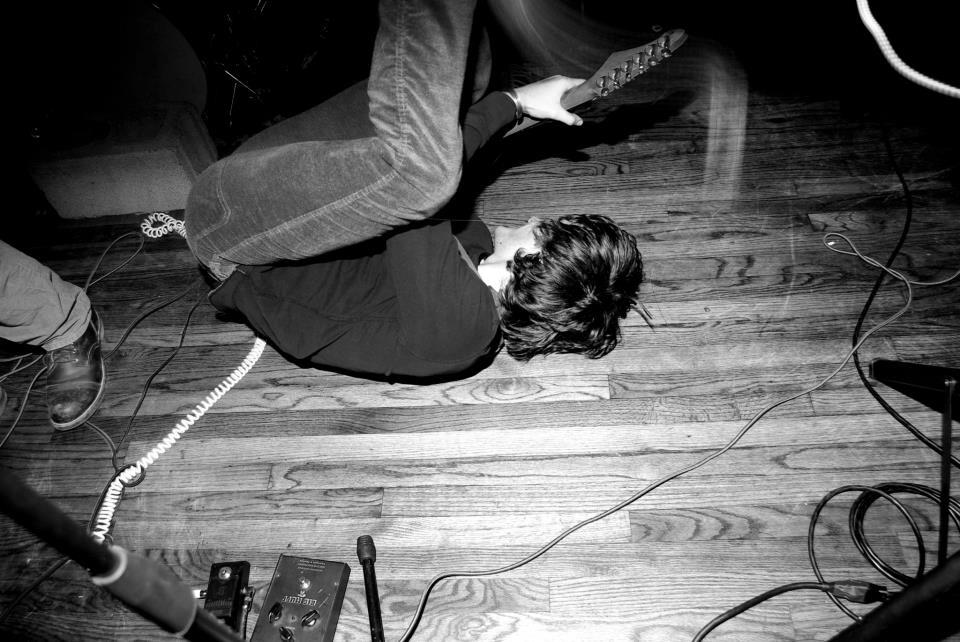 P/A: Please us a bit about your recording process and “The Mystic Fortress”.

Sam Lunsford: The Mystic Fortress is our secret hideout, our bomb shelter, our clubhouse. It has served as our own personal recording studio and rehearsal space for almost 10 years. We have relocated 3 times now and probably will be moving again soon. We record on reel-to-reel tape machines and Tascam Portastudios using a lot of custom tube-powered preamps, reverb units and amplifiers that my brother built. We have a pretty basic setup and a lot of what we use is outdated and clunky by today’s standards, but we know how to use what we have – that’s what is most important. We have always recorded things track-by-track, never as a live band playing all together. A lot of the songs I’m playing all the instruments on. The main person I collaborate with in the band is John Thompson, he plays on a lot of the records and he engineered and mixed a greal deal of them.

P/A: You have some obvious 60s influences, but what other things (music, films, experiences etc.) are an influence on YS?

P/A: Your early recordings seem to be much more on the heavier side than your later melodic stuff. How do you view your own musical development?

SL: “The project started when I was 20 years old and I was trying to be a cool tough stoned trippy rocker badass in the early days. At some point I decided to stop basing everything on fuzz and effects pedals and pentatonic solos and to focus more on crafting straight-forward, catchy, fully-formed songs of strong quality that had good arrangements and structure.  The truth is, I’m not tough. I am a romantic. But it’s not like I just flat-out stopped making or listening to “heavy” music though. I’ve sat in on drums with my good friends in Inter Arma from Richmond, VA – they’re currently signed to Relapse Records. I actually have a bunch of hard rock and metal tracks laying around in the vaults. I just haven’t done anything in The Young Sinclairs that has that vibe in a long time. Maybe I will in the future.

The whole reason I switched to doing more straight-forward melodic stuff with the Sinclairs was because I wanted to challenge myself and I wanted to really put myself out there. I knew I could do fuzzed out blues riffs with trippy vocals, I wanted to get out of that box. Plus, that was playing it safe for me. It’s so easy to hide behind volume, noise, and effects. That’s why I appreciate things that are stripped-down and basic, and that’s why I decided to focus more on writing clever chord changes, bridges, vocal harmonies and stuff. But now I’m sick of all that shit – I’ve done THAT to death. We’ve been releasing some different-sounding material.  Who knows what’s next for the group – it could be heavy stuff, soulful stuff, electronic-based things, Hip Hop beats, sitars and kotos, stuff with a horn section, or all of those things. I refuse to be boxed in. I do whatever I feel like doing. If I feel like doing a straight-forward pop tune I’ll do that, if I feel like doing something weird I’ll do that. I just try and be truthful and go wherever the spirit takes me. I follow my intuition. My mind is open, my heart is open.”

P/A: “This Is The Young Sinclairs” appears to be a bit more straight forward and less reverb heavy than your earlier stuff. There’s even a country-rock and rootsy flavour to some tracks. Could you tell us about your thoughts on the album?

SL: “Well yeah, that goes along with what I was talking about. That was a conscious effort on my part when I was selecting which recordings to put on the record. I wanted to try and show some different sides and moods of The Young Sinclairs than what people are used to. I’m involved with country and roots music, I play fiddle, banjo and all that. I write country songs. I play in a jug band.

Around 2009 I went though a period where I was obsessed with Bob Dylan and The Band – the work they did together and the work they did on their own. I also got really into this guy Dino Valente. I also went through a difficult break-up. I was falling apart and getting pretty heavy into the drinking and such. I recorded some songs that had more of a Dylan/Band vibe with piano, syncopated rhythms, and a singing style that was rawer and more expressive. “Dead End Street”, “That’s All Right”, “Between The Summer & The Fall”, and “All Fallen Down” are all from around that period. I tried to put some more sophisticated material on the album to demonstrate our depth and versatility. A lot of musicians, especially those that play 60’s-influenced music and such, really limit themselves and are so rigid with what they allow themselves to do – to me that’s not what rock & roll is about, it’s supposed to be about FREEDOM.”

P/A: You have a band now that performs live. How does that impact the way you write and arrange songs?

SL: “Well, we’ve performed live since the beginning and that’s always impacted the way I write. We formed in the summer of 2005 and we’ve always played shows. We’ve gone on tours since 2006 – small tours, nothing longer than a couple of weeks, and all East Coast stuff, but tours nonetheless. I think people get the impression that we’ve never toured, or never played live until recently but that’s not true. Not a lot of those early shows were filmed or documented in any way. We didn’t keep a record of a lot of our gigs and no footage of them exist.

See, this was 2005-2007 and Twitter didn’t exist, nobody really used Facebook except college students, it wasn’t customary to upload your every move to YouTube, everyone had flip-phones with shitty cameras so people weren’t constantly filming and snapping good-looking photos. Social media basically consisted of MySpace, and that was it. No iPhones, no Androids. We were too young and preoccupied with other things to keep a visual or cinematic record of all these things we were doing, which I partially regret. I wish we had filmed more, taken more pictures, kept diaries. But when you’re IN IT, when it’s happening, you don’t always have the opportunity to keep track of everything and encapsulate it. All we gave a fuck about was the music – writing and recording and making records and playing gigs when we could. Everything else could go to hell. Press kits, bios, promo films, videos, pictures, internet hype; it didn’t matter. The music mattered. That still hasn’t changed really.

But basically, not a lot of our early years got heavily documented. The main documents we have are the recordings we made, and that’s what really matters the most. To finish answering your question, playing in a live band motivated me to keep things simple with my writing, partly because in the early days none of us were exactly proficient on the instruments we played in the band. Being the lead singer and guitarist was still kind of a new thing for me – I’m originally a drummer. John Thompson played drums in the Sinclairs but he is originally a guitarist. Daniel Cundiff played bass but he had never played bass in a band before – he is more of a guitarist and a singer. So that motivated me to keep the songs simple.” 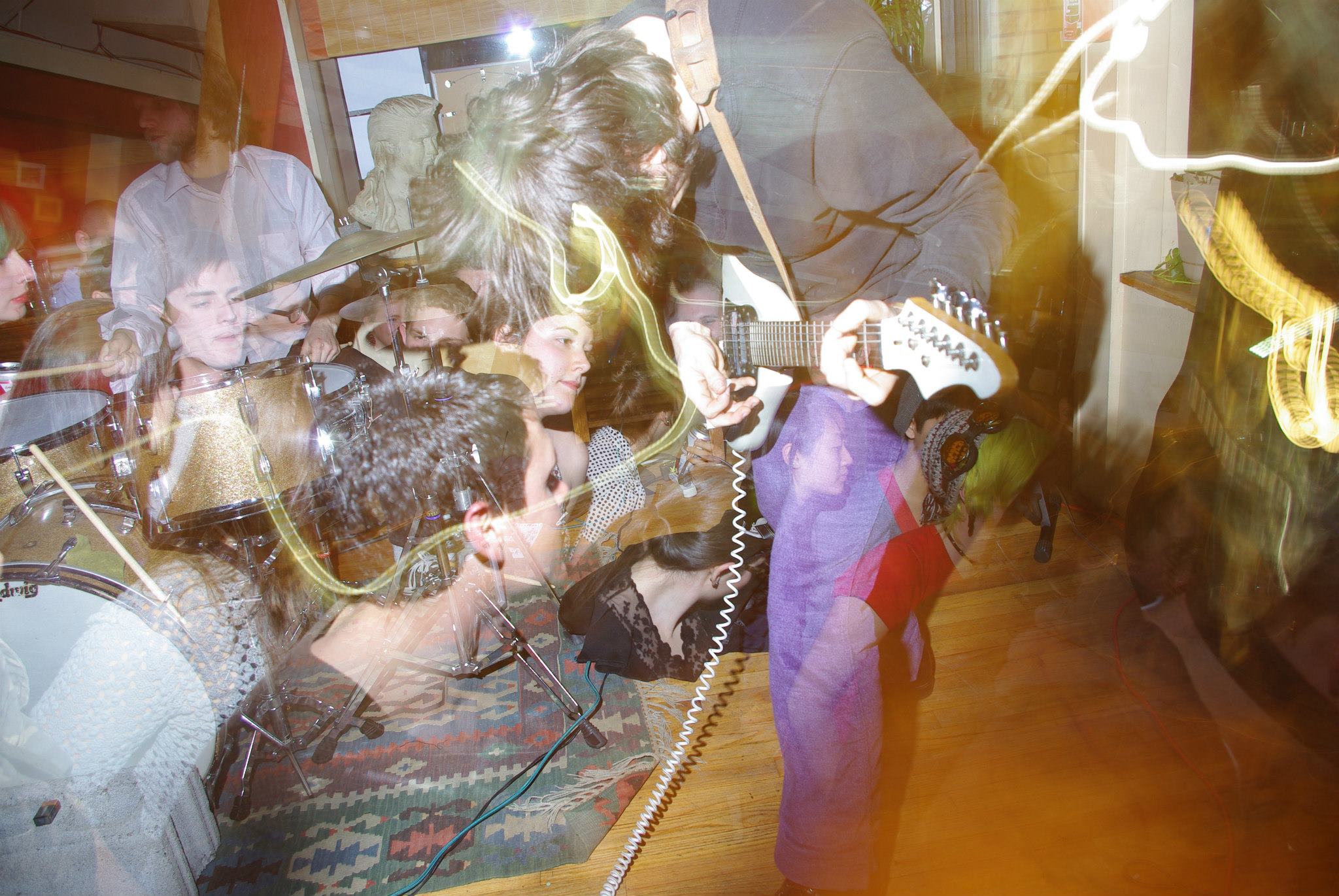 P/A: You live in Virginia, I believe. What’s the local scene like? Any recommendations?

SL: “There’s a lot of talent in Virginia. I have a project called Persia with my friend Page Hodges who is one of the most uniquely talented and inspiring writers/musicians/creators/people I know. Right now I’m blown away at what’s been coming out of Richmond. My brother Joe who is currently the Sinclairs’ drummer has a band with his girlfriend Kelly Queener that are wicked cool, they’re called Peace Beast. Kyle Harris who is our bass player plays with them, and he also has a band called The Diamond Center.

There’s my friends Inter Arma who I mentioned above that are revolutionizing the heavy metal world AS WE SPEAK. My friend Kim Spira released a really interesting record under the name Glisper last year. There’s a band called Avers. A band called White Laces. There’s a guy named Ohbliv who is easily one of the most unique and talented beatmakers/producers out there right now. Also operating in the beat realm there’s a guy named STRAANGE who used to go by the name KVZE The Smudge Specialist, a guy named Allen Analog, and also Tuamie – though he lives in Atlanta now.

There’s a collective of musicians who make up the roster for Jellowstone Records, they are doing a similar thing to what we do, they have their own studio, they’re self-sufficient, they have a small group of talented folks who in different formations make up a number of excellent bands and projects (Butcher Brown, No BS Brass Band, Kings, DJ Harrison, Pace Cadets, Marcus Tenney, Sound Genesis, Mighty Monde, and more), they’re led by Reggie Pace and this dude Devonne Harris who is ridiculously talented on multiple instruments, he engineers and mixes most of the records, and he’s in pretty much all of the bands. Very prolific stuff. Marcus Tenney is an absolutely amazing trumpet player and saxophone player. Some of the Jellowstone dudes play with Charles Owens who is a tenor sax monster. Of course the great D’angelo is from the Richmond area. So yeah, Richmond is killing it right now.”