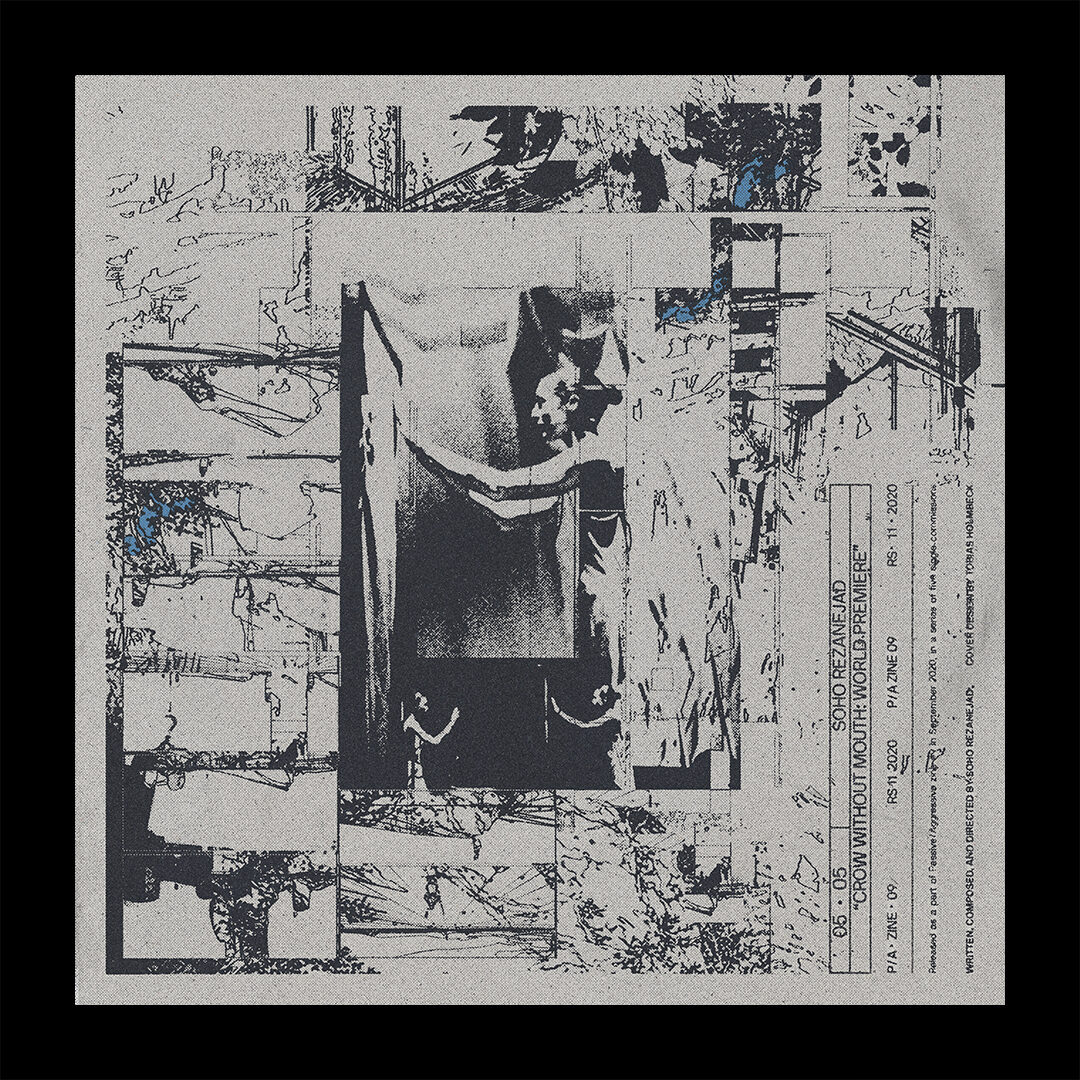 The new issue of the Passive/Aggressive zine – this time in both a digital and printed form – sets out to examine the theme of isolation, and document the effects of the quarantine period on the creative process through commissioned pieces by several artists. Among all the sonic works received, there is also one slightly unexpected response to the zine’s titular topic of isolation.

In a time when live performances almost feel like a thing of the past, and the return to regularly playing or attending live shows seems to be nowhere in sight, here we are, presented with a new edit of a 2019 live performance at Berlin Atonal of Crow Without Mouth, a group establishment based on a series of plays organised and written by Soho Rezanejad. Naturally, this feels like the first thing we ought to discuss: How did this decision come about, to contribute a live recording – of a group performance, no less – to a project dealing with isolation?

“In the back of my mind, it could be that making a film out of the performance was my way of compensating for the number of busted shows in the last half a year. It has felt like the right time to be taking an editorial spin on unfinished material, and one of the things I wanted to finish was this performance I began with Jonathan [Hjorth, director of photography, – Ed.] in 2019. When Passive/Aggressive reached out, it made sense to apply the project to a limited medium, so performance it was. It was somewhat coincidental and a way to clean my slate for the coming year.”

Apart from premiering the edited version of the play, she also has a new album out this December. Perform and Surrender is, in fact, based on a series of live performances – obviously an important part of her practice. “It’s a refreshing medium to work with after so many years of doing concerts,” says Rezanejad. “I feel drawn to it and want to use it as much as I can.” Hardly surprising for an artist dedicated to pushing the boundaries of the live show beyond the typical musical concert, or exploring the possibilities of the album format by, for example, releasing an “audiovisual narrative” instead of a regular LP. There seems to be a certain theatrical quality to her work, whatever the chosen medium. How does one approach developing a work made up of all these different elements; and how big of a role does a specific medium play in the process?

“It’s more a question of when the medium plays its role and letting it come out without overanalysing its nature. And that’s too temperamental to classify into a recipe. It depends on how many are involved, the place, the conditions, the budget, etc. I like to think of music as the skin of something greater, looking for something to penetrate, and I find that in performative mediums. I have a theatrical spirit, so why restrain it?”

“When I work solo, it’s sometimes just sticking a wet thumb in the air and responding to each idea as a monument of where I’m at and where I want to go. Often, the concepts that demand heavy thinking don’t survive the process. At least the beginning stages need a lot of fluidity and lightness before I can act on it. I think it’s urgent to figure out what you want to see more of in a world where you could practically do anything and become anyone. It’s enough to put my entire heart into that idea. So I try to keep it simple and allow it under the medium it invites.”

And then, of course, there are all the different possibilities and creative decisions within each medium. The video recording of Crow Without Mouth, for example, comes optimized for a vertical screen. Was it simply a recording practicality, or a deliberate decision to produce a film suitable for phone viewing? “The festival we performed at (Berlin Atonal), puts up these two elongated screens behind the stage each year. We wanted to keep that essence,” Rezanejad explains. “We wanted to keep the cameras’ original placement, because the entire setup was quite unusual… But it would be even stranger to amputate half of the material to keep up with traditions.” 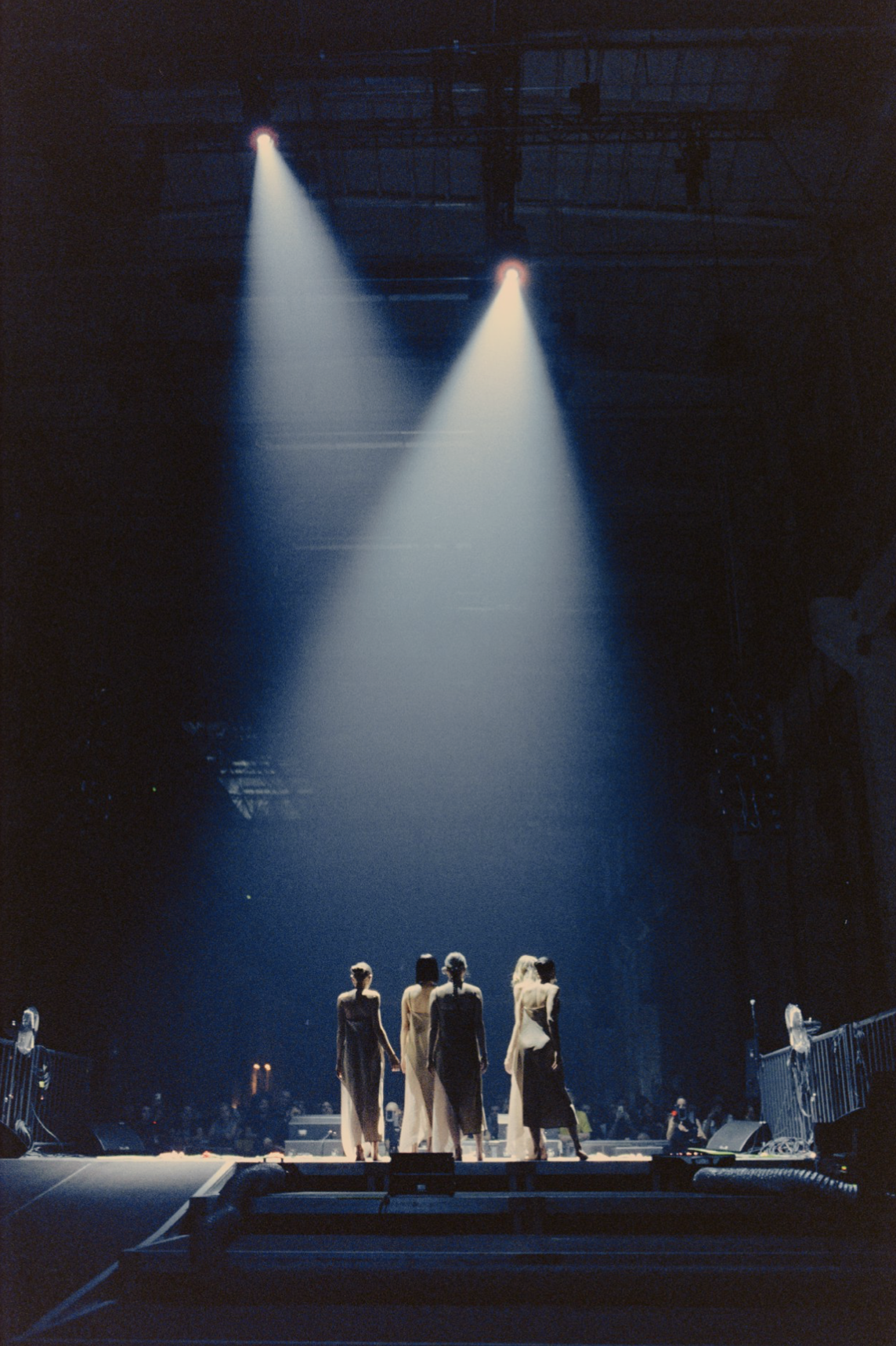 Director of photography for the piece in question, Jonathan Hjorth, happens to be her frequent collaborator. The two have been working together for a while now, and have developed a collaborative process in which the visual part usually comes “post music production or in the final stages of arranging the compositions.” Rezanejad recalls working with Hjorth on the project presented in the online version of Passive/Aggressive #9:

“I remember for Crow Without Mouth, sitting in the car, charging Jonathan with hundreds of questions about how I could make this performance come alive with the available resources. He had all the solutions not to associate him with the project. I was lucky that he agreed because it was too heavy of labor to push alone. Jonathan and I are exceptionally stubborn but agreeable in the editing room, so we always finish things no matter how tedious they may get. I think that’s why we have a history of working together.”

Like many of her other projects, Crow Without Mouth sees Rezanejad working together with a group of musicians, as well as several performers, a choreographer, a costume designer, etc. For Rezanejad, working with others seems to come easily. “It’s natural to begin and close projects, and what happens in between those two stages forms more motion with others’ contributions. For Crow Without Mouth, I was interested in connecting these women from all sides of the world in one story. And have us perform in a way where it was equally new for us.”

In light of this year’s events, collaborating with people definitely does not seem like the easiest task. When asked whether this period might have a lasting effect on the local scene, Rezanejad remains positive: “I want to trust the direction it’s going. I’m not affiliated with a dance company or the theatre where you require a collective presence to secure an income and livelihood, so I may be the wrong person to ask. I have been lucky not to feel the backlashes as much as others across the collective sector. At least fortunate enough to continue my work!”

She does admit it hasn’t been entirely the same as in pre-pandemic times – “Collaboratively, it has been different, not difficult. To take Crow Without Mouth for an example, Jonathan and I persisted through 50 broken dates before making the film come alive. It took some effort, but we worked around the burdens and made it work. I hope for many independent cultural workers that the pandemic has been a chance to narrow down options and leave room for precision managing the rest of the year.”

“Solitude and collectivism are interdependent forces. It requires some peace with being alone, to understand the value of being in the company of others.” 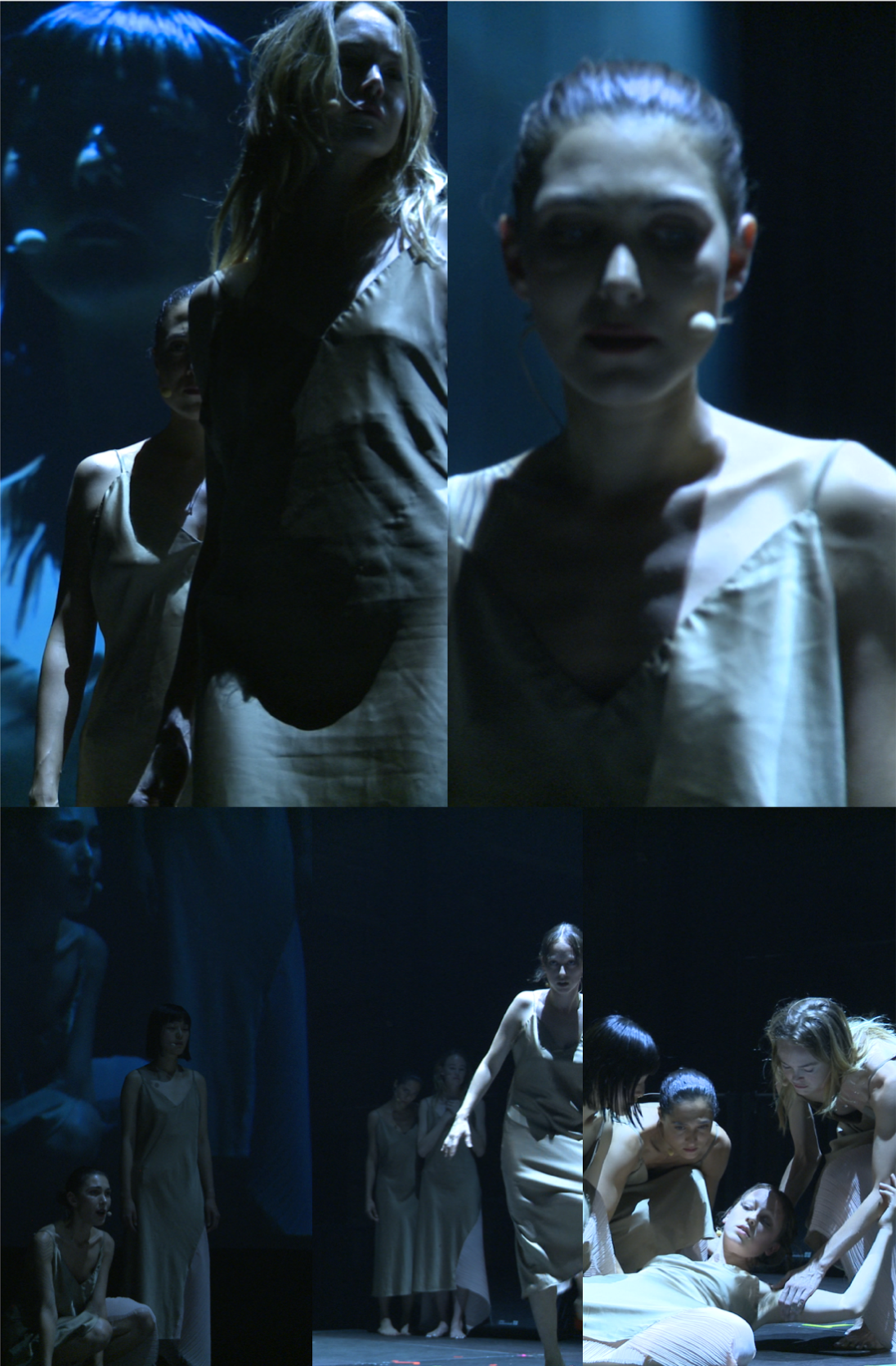 A couple of months ago, Rezanejad posted a mix to her Soundcloud page named You Are Not Alone; and another mix from a while back happens to be titled Sleepless Solitude (now also the name of a track on her new record). Then there is her epic 2019 album bearing the quite heavy title Honesty Without Compassion is Brutality… While admitting to having an interest in the motives of solitude versus collectivism and empathy, Rezanejad insists that she doesn’t see them as opposites. “Solitude and collectivism are interdependent forces. It requires some peace with being alone, to understand the value of being in the company of others.”

To rewind even further back – while working on this interview, I have found myself watching the video for “Everyday’s Another Holiday”, a song from Rezanejad’s 2015 EP Idolatry. Depicting two pairs of young people enjoying the confines of their rooms, spending days alone together – either indoors or in vacant outdoor spaces, the video feels slightly uncanny in a world where we have been prescribed to kind of do the same, only in a way that feels all but carefree and romantic. The track sounds very different from Rezanejad’s later output, and the video feels almost like a postcard from a different time. “They do feel like postcards!” Rezanejad agrees, adding a thought on relating to one’s past works – “I think a part of the practice is to cringe without cursing yourself.”

A lot of the music coming out of Copenhagen at the time had this feeling of melancholia, and a sort of youthful nostalgia for an undefined “other” time but compared to her peers in the scene, which included a lot of synth pop acts, Rezanejad’s work seemed to have a rare goth feel to it, nowhere more apparent than on her 2018 record, Six Archetypes. Like many other artists, she doesn’t seem too keen on genre tags and labels, nor on defining what potentially sets her apart from other acts. “What sets me aside is for others to decide. I can’t make sense of my position in a scene. Many of us who make music don’t identify in genres, and if we do, maybe it’s to feel welcomed.” She offers an interesting point of view on digesting musical influences as an artist: “It could be a possibility, much like growing up, that goth represents the early stages of one’s radical years, and perhaps Six Archetypes was the coming of that age in my music. I have to be extreme when conforming to an idea because it gives me faith in a new direction that would otherwise be too controversial even to consider.”

One thing that has persisted through her work is a particular set of topics and interests, revolving around certain philosophical ideas, archetypal characters, and – angels. “I don’t think I will ever quite get used to being alive, and maybe that impresses its way into my work. Many of these subjects don’t belong on a material plane, which is why the critical classes so often question them,” Rezanejad explains.

“But big questions make life feel meaningful, and they so happen to invite themselves into my experiments. The recordings I’m doing now are very down to earth, singer songwriter style, but they do root back to the same underlying questions of being awed by life.”