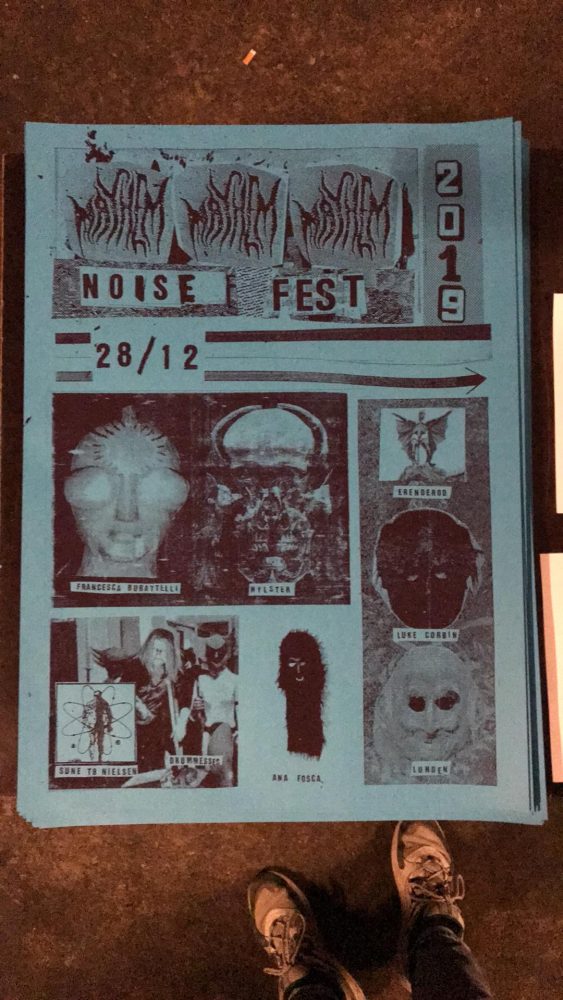 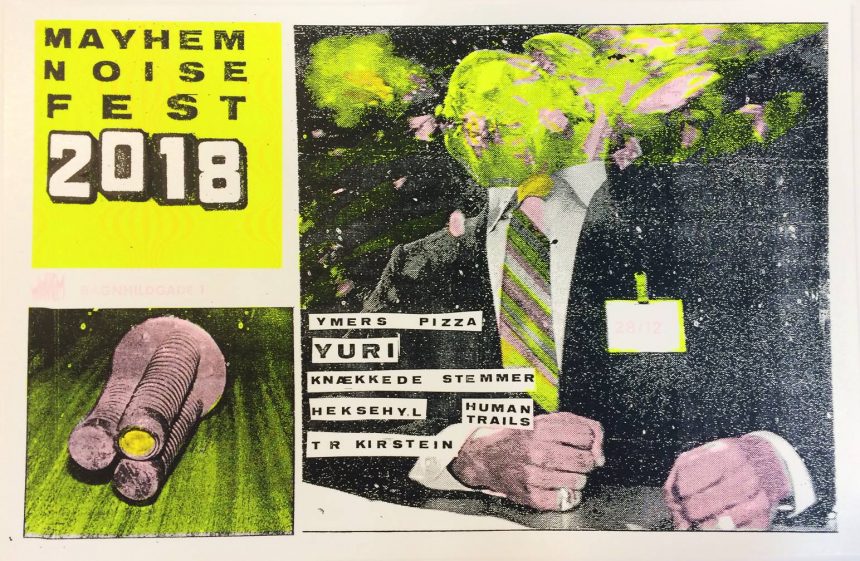 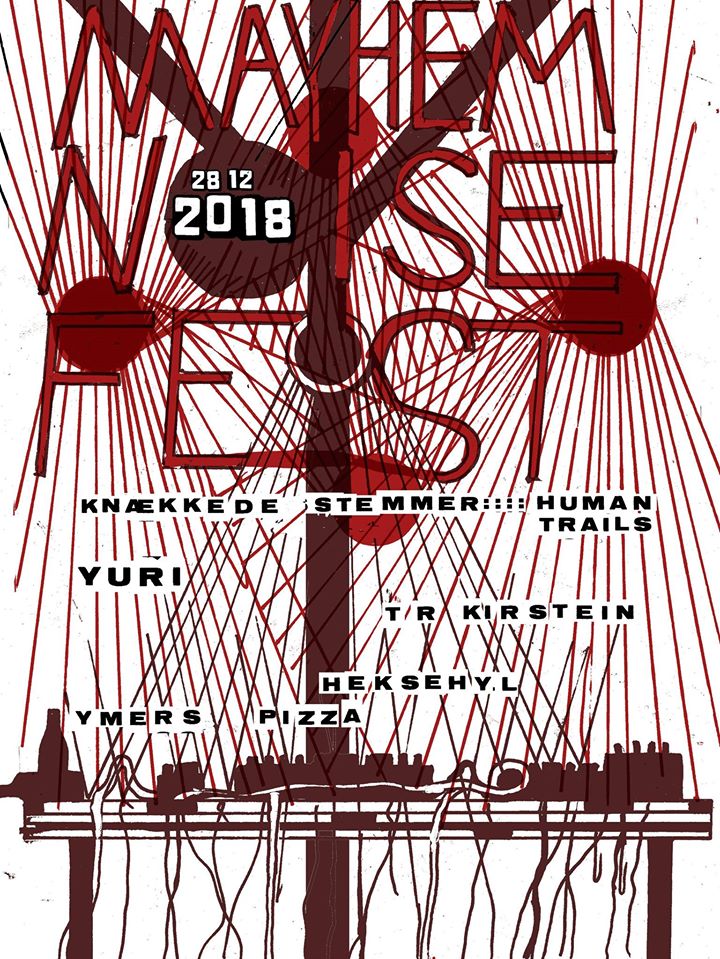 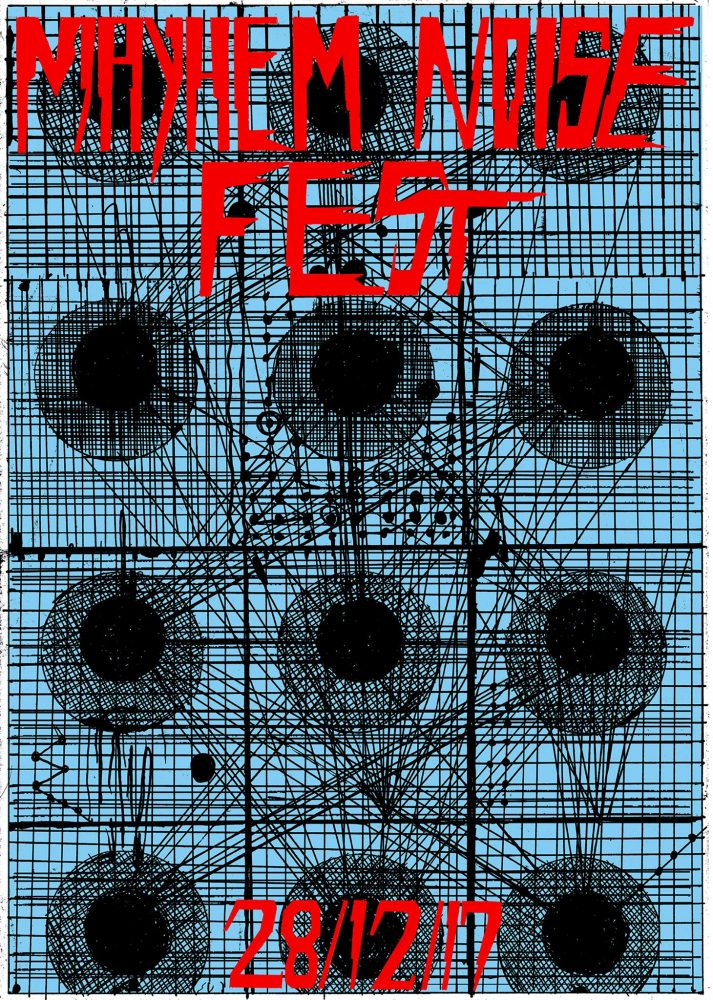 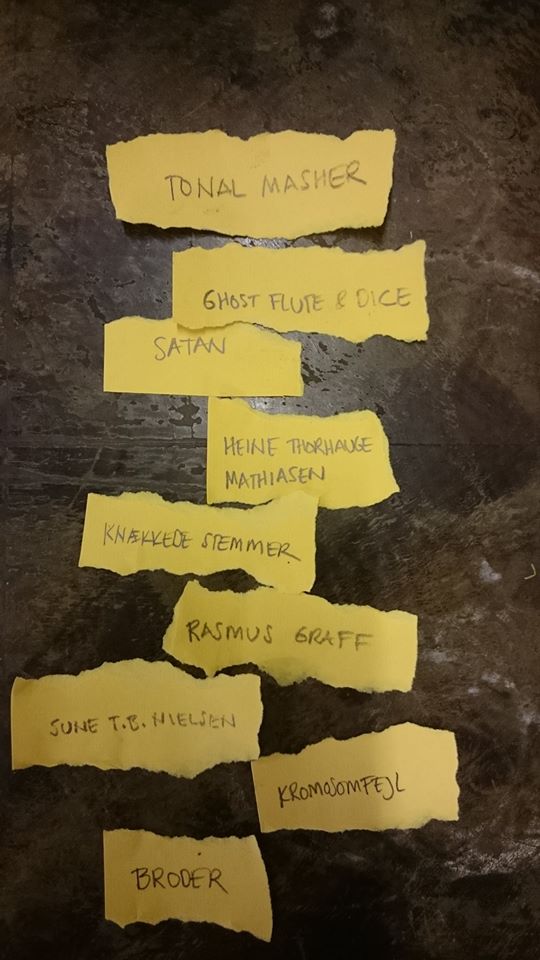 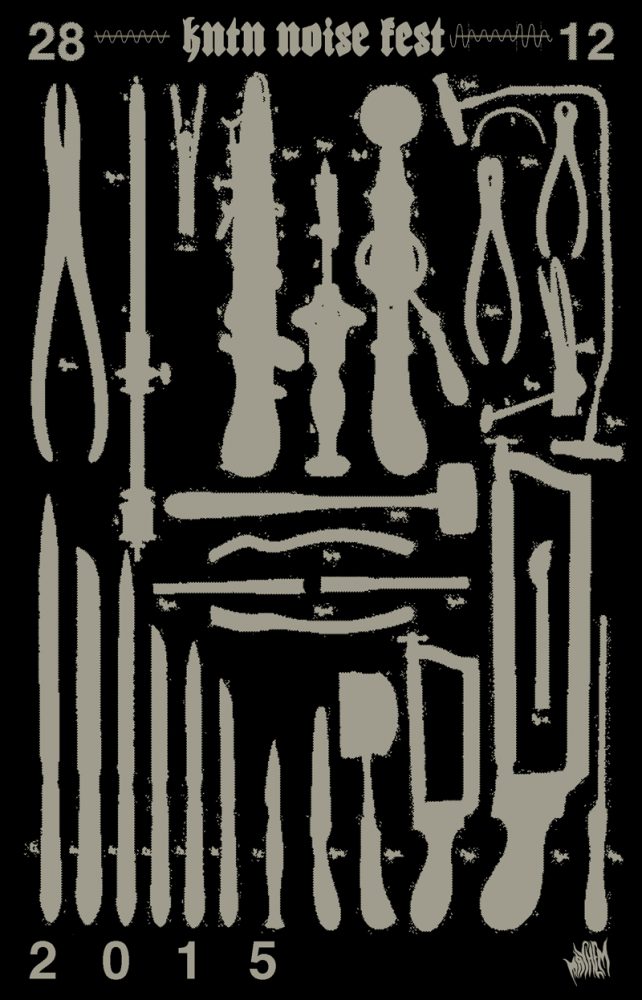 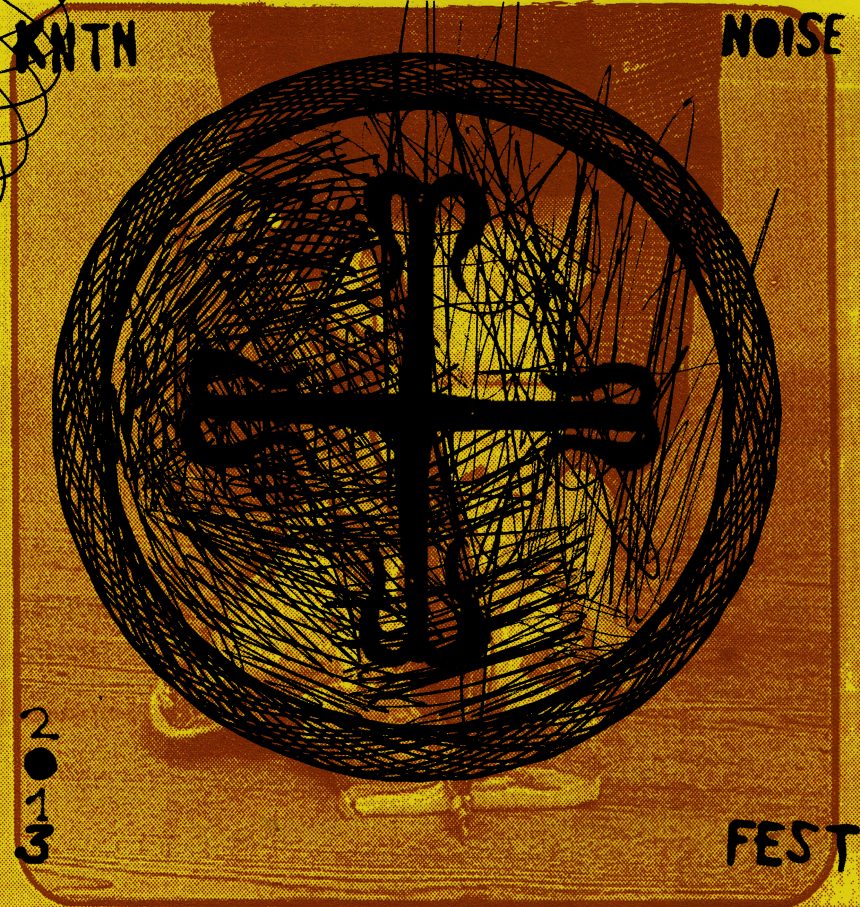 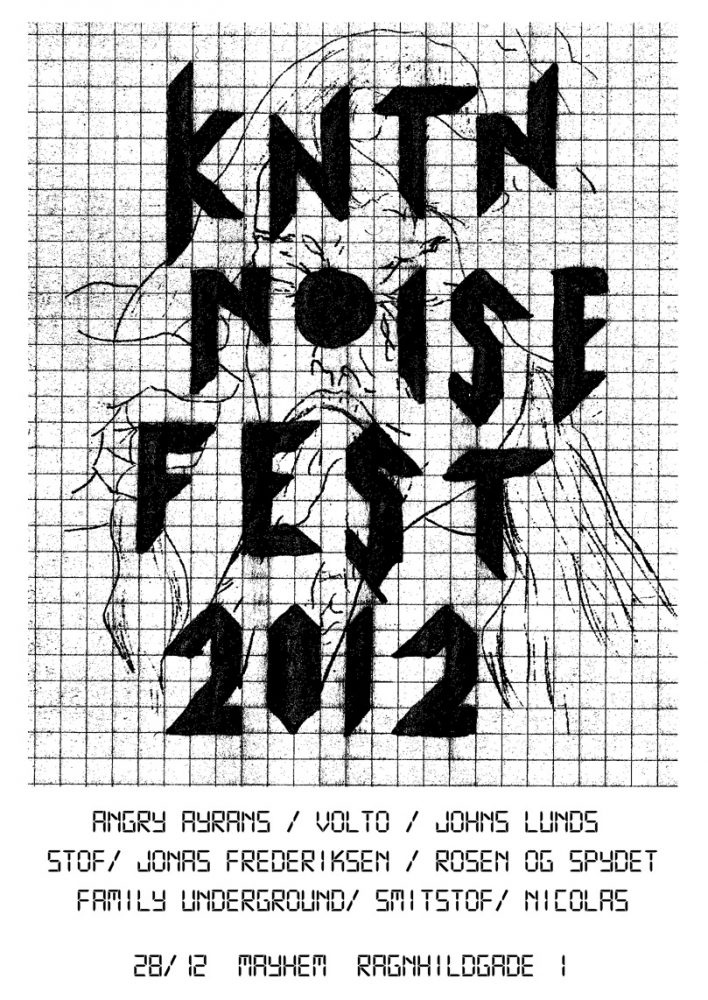 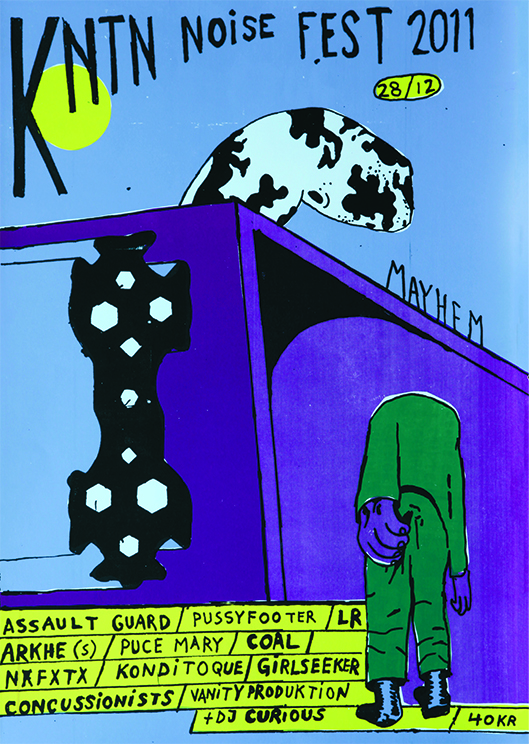 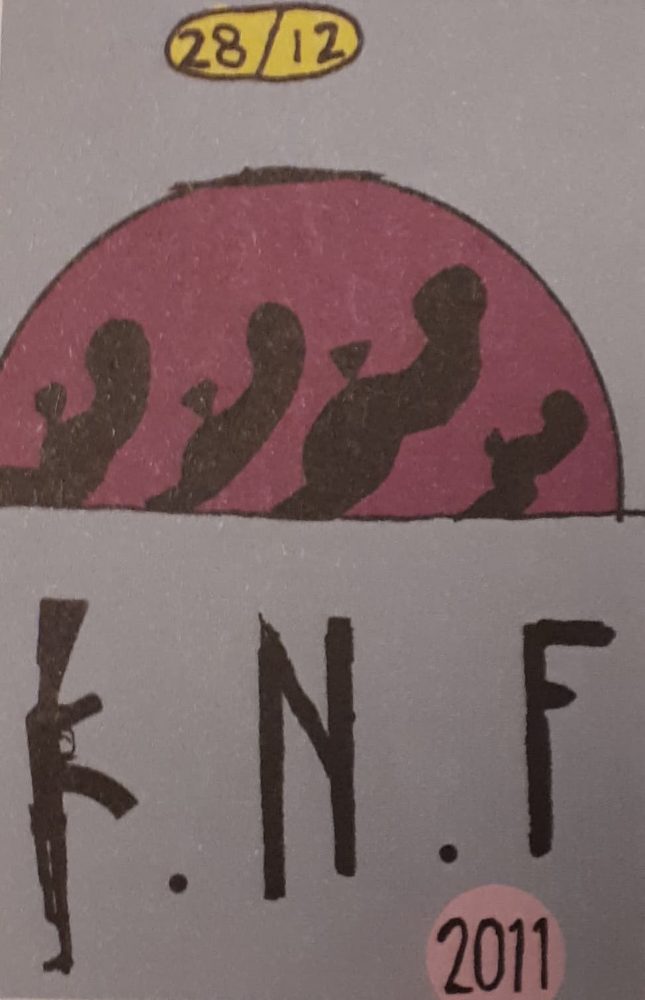 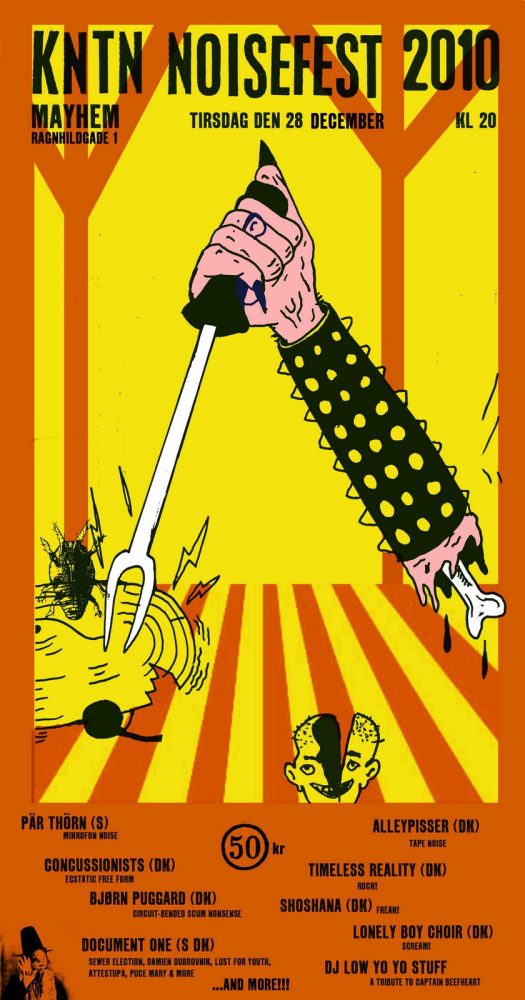 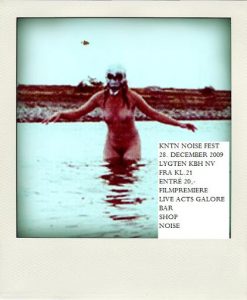 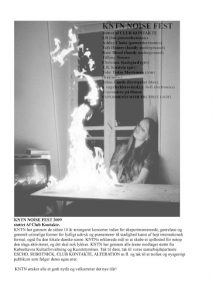 The annual Mayhem Noise Fest was founded by the not-for-profit promoters KNTN in december 2009. In 2010 it moved from Lygten to Mayhem, where it has been held every year since on December 28, relying heavily on local acts that in retrospect has played a defining part in the profile of the venue. In the beginning the noise fest was known as KNTN Noise Fest but over the years changed its name to Mayhem Noise Fest.

Despite the name of the event Mayhem Noise Fest is not exclusive to a certain sound or tradition as such but rather a broad definition of noise music including freejazz, drones, punk music, conceptual sound art and sometimes even far beyond the noise idiom – a feat shared by the annual Mayhem Jazz Fest in the summer. Visual artist Zven Balslev, a regular noise fest-musician himself, has made the festival posters for 10 years, and per usual the poster and the line-up is announced on the night.