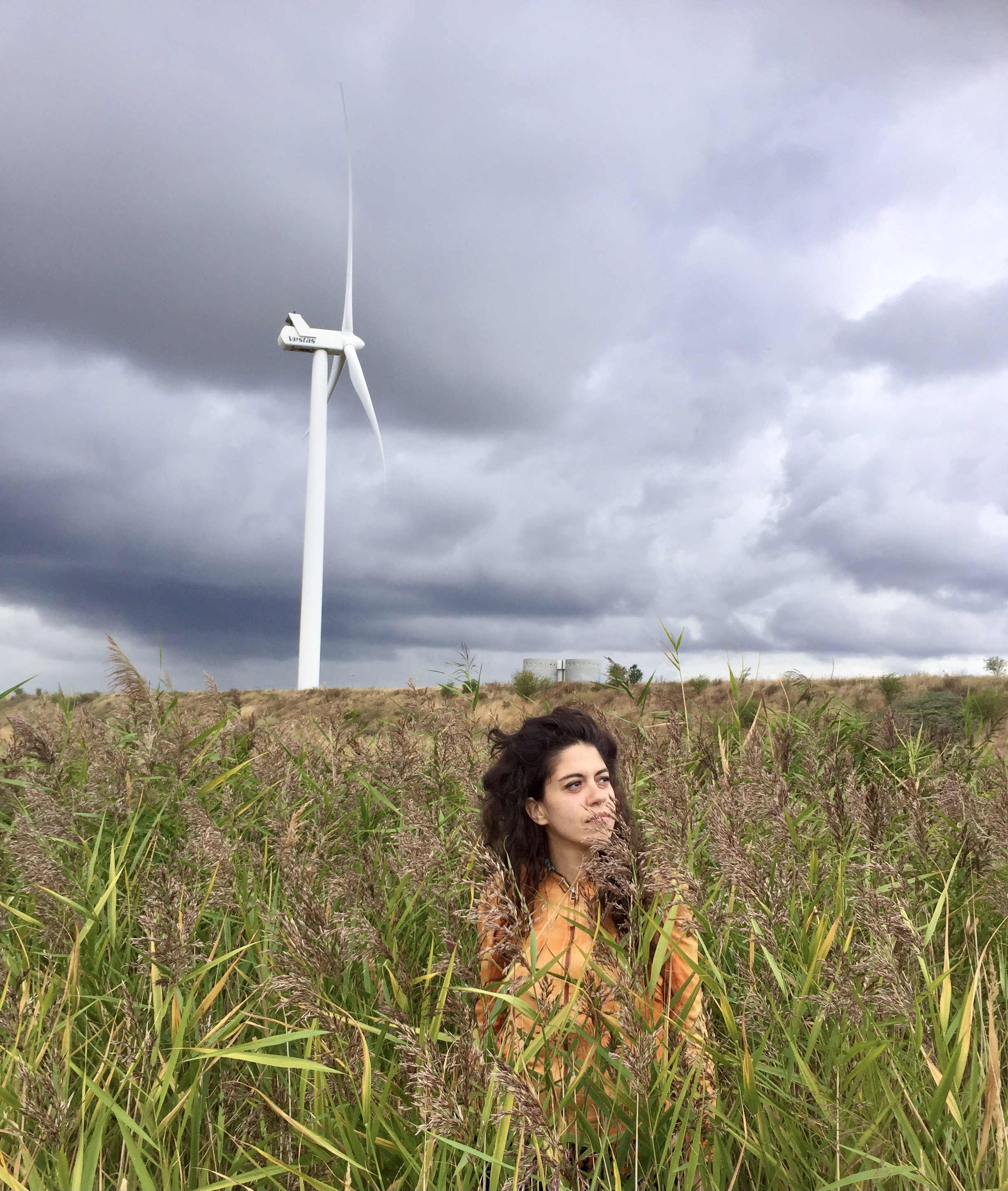 Exploring Containers, Concrete and the Corporeal Economy of Lockdown with Marcela Lucatelli

“You know, I have actually travelled on quite a few containerships,” Copenhagen based Brazilian composer/vocalist/concept engineer, Marcela Lucatelli, tells me. The comment didn’t just come from anywhere but in response to my standard rant, the contents of which had previously been published in the latest Passive/Aggressive zine on “Scenic Capitalism”.

In summary, I argued that the cultural support offered by the state in Denmark was just a way for Mærsk employees to have a nice backyard for their families to live in while the world outside burned. For me, the containerships had kind of stood in as a metaphor of the global capitalist sublime. A synecdoche for the planet-destroying production and consumption that showed no signs of stopping, but has the by-product of funding some Nordic sound art.

Lucatelli, however, has actual experience of the kinds of scales at play here. The sheer monstrous size of these fully laden ships and the vastness of the oceans they navigate, while awe-inspiring, are facts of our world that can be grasped in some way as to be meaningful at some level of abstraction but they will always be incomplete from the vantage point of an embodied existent. So while we can talk about the difficulty to grasp – what Tim Morton and people who have read him call – the global shipping hyperobject, Lucatelli’s engagement with this phenomenon contains another kind of knowledge. She knows the feel of the rust on the deck, the profound emptiness of acres of ocean, and the loneliness of weeks at sea as one of the only passengers on a ship full of crew and containerized cargo.

So, it is in this context that Lucatelli comes to this commission for a piece based on the isolation of lockdown. It’s hardly the first time she has been cut off from the social activities of her everyday life and indeed, owing to the patchy internet on those ships, the rest of the world. So what to make of this theatrical but effective way of managing a global pandemic through isolation? Well, for Lucatelli, there would seem to be a tension between the narrative of our noble solitude and the treats we can still order for ourselves online; brought to us by the networks of globalization and those whose bodies we were willing to risk to make our sacrifices more bearable. It’s with this tension that Lucatelli’s new composition, “Quiet Nights”, seemingly pulls itself through into its sonic existence. And, in so doing, it problematizes the romanticized notion of isolation that has permeated many avenues of cultural production. In a moment of incredible suffering caused by a very particular kind of mass interconnection, there is a normative undercurrent to the impulse to lament our isolation. Hard as it certainly is to be denied the life-affirming sociality by which we come to know each other and ourselves, the danger is that in our longing for this form of life to return, we mistakenly believe that the state we were in, on a macro level, is one we should return to.

We return to the idea of containers again as Lucatelli leads me around the island of Prøvestenen, a small island just off the coast of Amager, which is home to stockpiles of concrete, road surfacing material and their production factories. There are also windmills, and a lacklustre patch of grass and wildflowers. Along the horizon, containerships sail across Øresund. Earlier, Lucatelli had said that she conceptualized her compositional approach as one of creating boxes; things that appear on the surface to function and fit into the world well enough but that could be used to smuggle in all kinds of exciting, frightening, disturbing or confounding things. Now, she was thinking of morphing this metaphor toward containers, so as to highlight elements of institutional critique.

For her, it is not just that her work conceals and smuggles in critical contents but the fact that it is in a container means that it is covered in all the right barcodes of approval, and tracked by parties more interested that the container is moved to where it needs to be than they are by whatever is inside it. So it is to navigate the supposedly disinterested culture industry. But the implications of this relationship are also concrete. The monstrosity of the global shipping infrastructure is not so much in the wastefulness of the culture they support but the submission of that culture to a limited logistical logic that just needs everything to be properly labelled. Objects are moved through the system whether they contain pilfered artworks, games consoles for our own little isolation pods or asphyxiated migrant workers. From the outside, it is simply that all the parts must move. Everything in its right place. 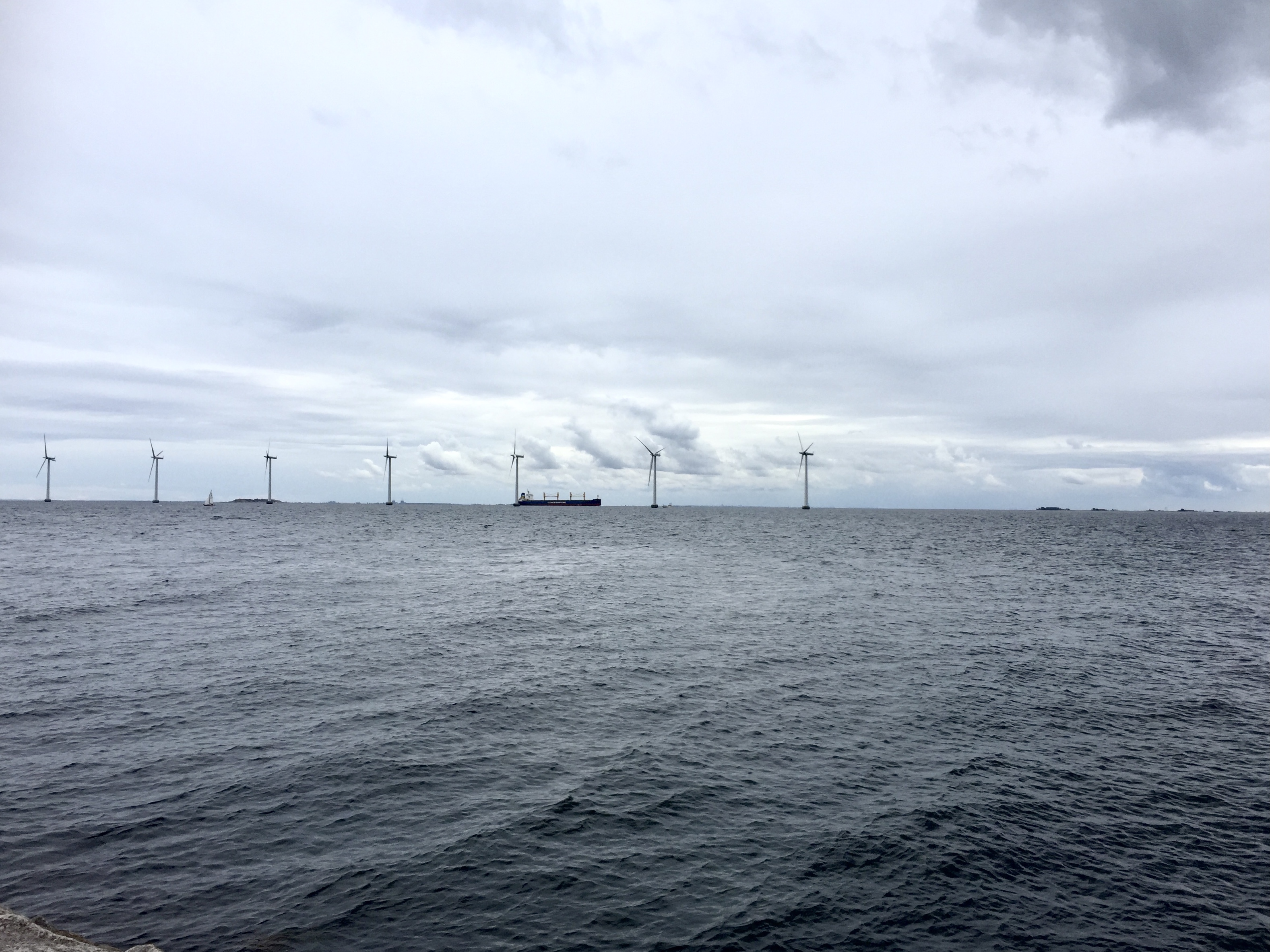 The title of Lucatelli’s composition is a container itself. “Quiet Nights” is just what an artwork commissioned in response to the lockdown resulting from the need to manage a global pandemic would be called. And if you are so inclined, one can just rely on this and then the rhythmically intense sputterings, chokes and swallowed utterances become an expression of a simple frustration with an unfair situation. And this is surely something Lucatelli experienced during the lockdown as someone who spends so much of her normal life on stage or collaborating with performers. But there is clearly more here. If we actually poke around this container, we hear something else in the frenetic assemblage of confounded expressive desire. We are listening to the superposition of millions of Zoom calls – both professional and personal – and the sonic detritus of Spotify, YouTube, Facebook and Pornhub that surrounds them online. Every utterance is caught in a process that has no regard for its particularity. Or rather, this process is intent on that these particularities be moved where they are wanted regardless of any other concern. And as they are caught in this process, it would seem that all these pieces and particularities are already deformed. This is the case both conceptually and empirically. The vocal sound sources are offcuts from other recordings or mistaken takes form other compositions. Waste that has become productive in the same moment that the production of waste through copious consumption has become the only thing it’s still possible to do to have fun.

Lucatelli had said that she conceptualized her compositional approach as one of creating boxes; things that appear on the surface to function and fit into the world well enough but that could be used to smuggle in all kinds of exciting, frightening, disturbing or confounding things.

There is a fold taking place in this piece that is a mirror image for the unfolding with which the philosopher Jean-François Lyotard opens his 1974 book of mad anti-philosophy, Économie Libidinale. Through the nearly page-long first sentence of the book, Lyotard unfurls the insides and outsides of the human body to illustrate the surface upon which capitalism acts and extracts the surplus value it uses to perpetuate itself. The kicker is, however, that this violent and destructive exploitation is, according to Lyotard, something that thrills us as it obliterates us. It’s not just that we like the shiny things capitalism provides for a price, but that we are intoxicated by the proximity to the power that produced them. And to get even closer to this power, we are willing to engage in a little (or maybe a lot of) self-annihilation.

I’d argue that this dynamic is present in Lucatelli’s piece but with some welcome and perhaps more sober updates. Because she is not so entangled in the psychoanalytic discourses that dogged Lyotard, I’d be more inclined to think of this as a corporeal economy than a libidinal one. Her work is trying to build concepts from what’s actually going on, more than it is grappling with the abstractions of a bourgeois intellectual tradition. Much like how Lucatelli’s awareness of the containership as an actuality of our global economic system shapes her compositional practice, so too does her awareness of the embodied experience of isolation in an attention economy replete with palliative entertainments and distractions inform her approach to the problematics of this commission.

This is nowhere more evident than in the penultimate movement of “Quiet Nights”, in which added to the layers of vocal offcuts and containership hum is a field recording of a casino interior. She describes this move as being a “cheeky” way in which to underline all that has come so far. Reaching through speakers to reorient the listener’s attention the space of the casino, much like our laptop/entertainment centres, seems open but is limited with specific functional tendencies built-in. Sonically it is beguiling with all the bells and whistles of an intensive and engaging thrill. But after a moment, the mechanistic structure of the room starts to become apparent, letting you know that the cost of your enjoyment may be higher than you think. Immediately after this in the final movement of the piece, this cost needs to be collected. Off-white noise is starting to engulf the ever more breathy and fragmented vocals that remain. Whatever ambiguous subject position we had been following so far is now fading out, and we are now moving on with the extractive process that has enveloped this subject to ensnare another one; another corporeal value producer plugged in, in its container, to capital’s internet of entertaining things.

In what sense are we alone, when so much of the world’s commerce is at our fingertips? And to whose or what’s benefit is it that we believe and feel ourselves to be cut off from the world? Whose bodies will we risk to make our solitude more pleasant?

On “Quiet Nights”, Lucatelli takes up the discourse of isolation that surrounds us right now and interrogates it. She doesn’t quite reject the premise but complicates it by questioning the assumptions that lie under it. In what sense are we alone, when so much of the world’s commerce is at our fingertips? And to whose or what’s benefit is it that we believe and feel ourselves to be cut off from the world? Whose bodies will we risk to make our solitude more pleasant? And are we so sure that we are keeping our own bodies safe in our isolation pods? From Covid, perhaps we are. But what else wants a piece of us? And do we want to give it up?