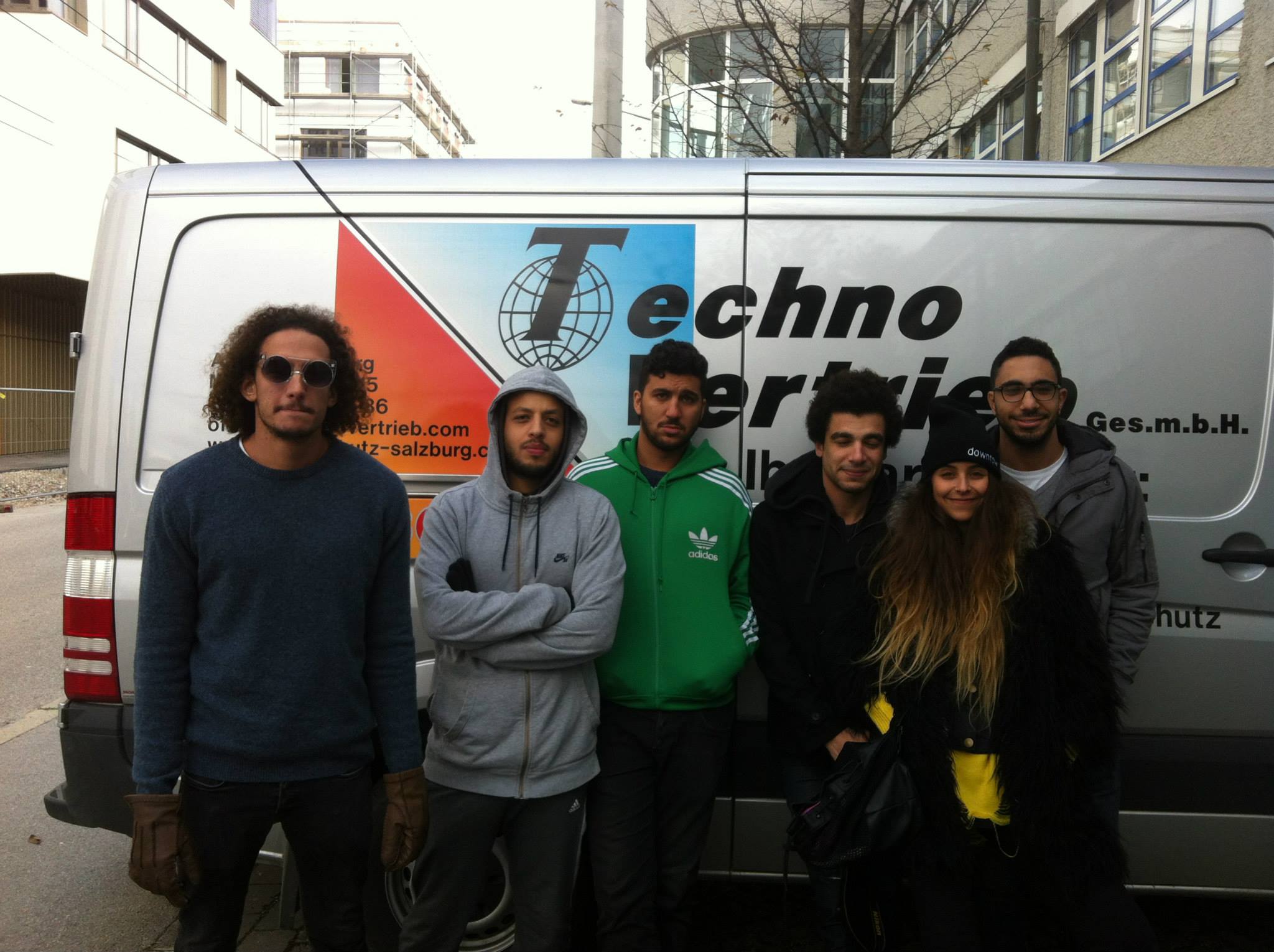 Based in Cairo ZULI navigates the ancient city in-between numerous amount of different genres with sampling and love for synthesizers, besides producing music, he has been one of the true mainstays working for a healthy scene for electronic and experimental music in the Egyptian capital.

For over a decade the Cairo-based producer Ahmed El Ghazoly aka ZULI has shaped the roots of the city’s music culture with the aim to establish a sustainable infrastructure in Cairo’s music underground. The year 2012 turned out to be a significant year for ZULI and the music collective Kairo Is Koming (picture).

“Asem and I were still running – the now defunct – Awesome Magazine and around mid April we moved into this big house with NAA (from KIK) and another good friend of ours. The house was a creative hub of sorts as we all brought in musical instruments and gear and books and other artist friends would constantly pass through and we would all collaborate or jam or paint or just hang out together. It was also the final chapter in most of my collaborative efforts, namely Wonderful Morning with Asem, VENT with Asem and NAA, I took the name and used it for the venue later on, and a rap duo with Abyusif where I was the producer/DJ.”

ZULI tells and continues to tell how everyone got to meet each other, “I had met Bosaina in January – she was in a group called Wetrobots <3 Bosaina with Ismael and Hussein Sherbini – and by July everyone was introduced to everyone and the 6 members of KIK became friends. We did a couple of gigs together in Cairo that a Wetrobots <3 Bosaina superfan from Switzerland, who later became Phil Battiekh attended. Through the gigs he discovered Wonderful Morning, VENT and my solo work. A couple of months later he put together the first of multiple Euro tours for the 4 acts + a new act that Bosaina and I formed around September 2012 called Quit Together.”

And that was when they all decided to form a collective, since they all touring together and had a shared vision. Ironically though all bands later quit playing together and moved on as solo acts, except Quit Together. “Quit Together was supposed to showcase at SXSW but I only got my visa the day after the supposed gig, so Bosaina went on her own and ended up staying in the US for 6 months, effectively bringing Quit Together to an end. This is the point I consider the beginning of what I’m doing right now.”

Now ZULI is being optimistic about the near future, he recently co-founded a new collective named AHOMA including over 18 musicians and visuals artists from Cairo; “People are passionate again and they are actively trying to make a difference and provide an environment that is hospitable for new independent music and for bedroom musicians to showcase their work and join the network.” Although there is a lot of optimistic in his voice, he lay out the some of the obstacles by being a promotor that emerge in Cairo, “the biggest challenge has always been creating an audience big enough for the scene to be able to sustain itself economically, the initial phase of any real scene. But we never got the chance to overcome that phase, mainly because cultural institutions – the British Council, The Goethe Institute et cetera, who have been funding most music events, that are not club music for decades now”.

Ahmed El Ghazoly explains that these foundings has ultimately lead to the audience has become used to low tickets prices or no price at all, and he continues, “their intentions are good; they want music to be accessible to all social classes – but they do not see the whole picture. By doing so, people from all classes have gotten used to being provided music for free. Corporations have followed the lead and have also been sponsoring very cheap or free concerts; this combined with the government’s apathy towards spreading awareness about piracy has created the idea in people’s minds that music should be free. Most people, even music fans, would pay more for a big mac meal than they would to see two acts perform on the same night. They would rather pay (a lot of) money on a night out at a cool club, regardless of the music, than on concert tickets,” ZULI says. “This is by far the biggest challenge we are facing at the moment – we need to be able to make a living as professionals if we want to actually be professionals.” 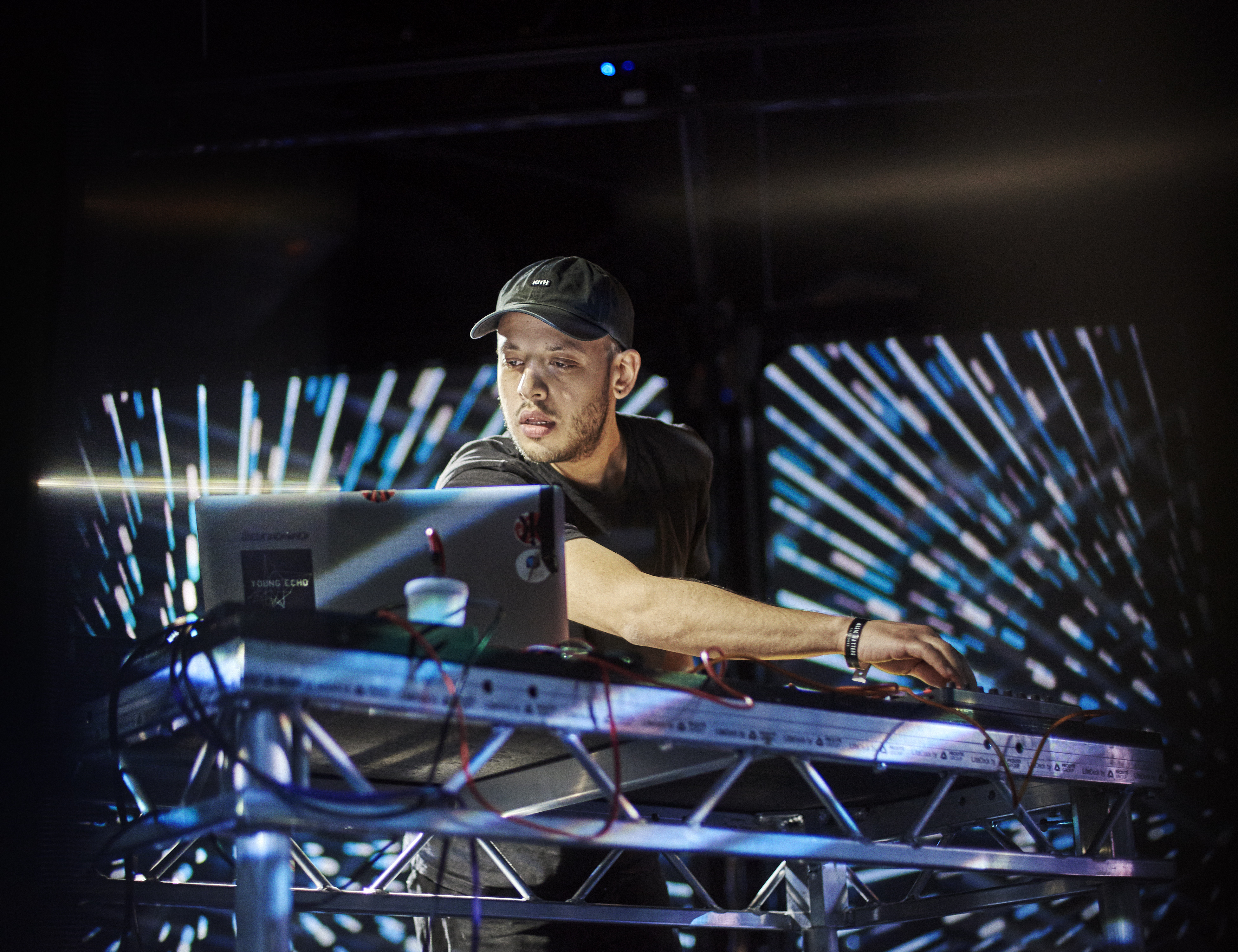 ZULI is often tagged with the prefix “Egyptian” before his occupation as a producer follows, “to appear as an ‘Egyptian’ electronic artist is not at all my intention as I have always believed that, in this day and age, your geographical location has very very little to do with the music you make.” ZULI is brought up in the era of the internet including no boundaries and endless possibilities to pick up inspiration from every music genre possible, “however, the reality of the matter is that people care more about a story or a narrative behind the music more than they do about the music itself. So, if there is not a narrative that serves their own worldview, they create one.”

He is talking about the hype concerning the whole around Mahraganat/Electro-Chaabi obsession. “It is probably one of the most awesome things in the world that these musicians from Al Salam City get to travel the world and perform their music, but the fake narrative surrounding the movement created by Orientalists as well as the Egyptian bourgeois – exoticizing and leeching off of it, does way more harm than good, at least for people living in these places and independent music in Egypt.” And he continues, “the message is primarily ‘hey, things are not as bad as you think they are in these areas. We even have people making amazing music that is not only original, but revolutionary in its innovation’. First of all, it is not helpful to lie about the living conditions in poverty-ridden areas. People are not happy and content, dancing around to Mahraganat all day; they’re living in terrible, inhumane conditions and move to better areas the moment they can afford to do so. Secondly, it isn’t helpful either to lie about the quality of the music and reward musicians for making music that is sub par just because you think there is a story to sell. The result is zero progress and zero growth in the past 9 or so years since Mahraganat started. Why seek growth if you are already being told that you are a genius? The entire genre sounds like one song, the producers use presets, the lyrics are inconsistent and mostly nonsensical and vague, and the way they dress is actually just hiphop streetwear from ten years ago” and he adds “ for example they dress like Lil Wayne”.

In order to break with the common Western idea of original Egyptian music, we need to tak a step deeper and listen to the innovative music comping ut of Egypt. “What the West and the Egyptian Bourgeois call “Electro-Chaabi” is a version of a 40+ year old genre, but made on Fruity Loops instead of those Oriental editions of Yamaha keyboards. And the vocals are autotuned – so they have hardly reinvented the wheel here,” he adds; “do not get me wrong, it is an extremely fun genre of music, especially at weddings and parties (the environment in which it was spawn). But to treat it like a work of genius (in most cases to lend credibility to the documentary you are making/report you are writing about it) is bad for its progress (as we have witnessed) and it diverts all the attention and limited resources in the independent music scene today away from other genres where people are actually making amazing, innovative stuff.”

“I do a lot of sampling. I love samplers, specifically Ableton’s native Sampler instrument – I could write essays on the love and appreciation I have for it, really, so that is how I make the sounds.” and he ironically adds a hypothetical question while, “Is that the most basic answer ever?” ZULI’s latest release “Numbers” came out on UK IDM-frontier Lee Gamble’s label UIQ last summer and even though ZULI proclaims he has never watch a Star Wars movie the release is spaced-out and showing skillful experimentations with drums and chords that melts both grime and techno into a steaming hot pot for the sonic adventures. “I have always been an advocate of science and technology, ZULI says and reflects on, “I will say that despite it being very out of fashion these days.” He continues, “but the thing about electronic music, especially DAWs, samplers and synthesizers, digital and analog alike, is that you really can be a geek about them and find different, creative ways to approach what I had say is their essential role; problem solving. I studied Computer Science at university and to me it feels like making electronic music and writing code are very, very similar in a lot of aspects.”

ZULI is joining the CTM Festival in Berlin next moth, where he has dabbed into a different style with a 360-video installation consisting of field recordings from the streets of Cairo, “I love to make more videos, and maybe some interactive stuff like games where the music changes according to the player’s behaviour. Working with Kareem from Cocaina studios on this project for CTM has been great, I do feel like I’d like to do more and perhaps even be more involved with the video editing part. Shooting the footage was fun, but also a bit dangerous because people had no idea I was filming the entire time.”

Info: You can experience the 360-installation “Uncanny Valleys of a Possible Future” by ZULI at the CTM exhibition at Kunstraum. 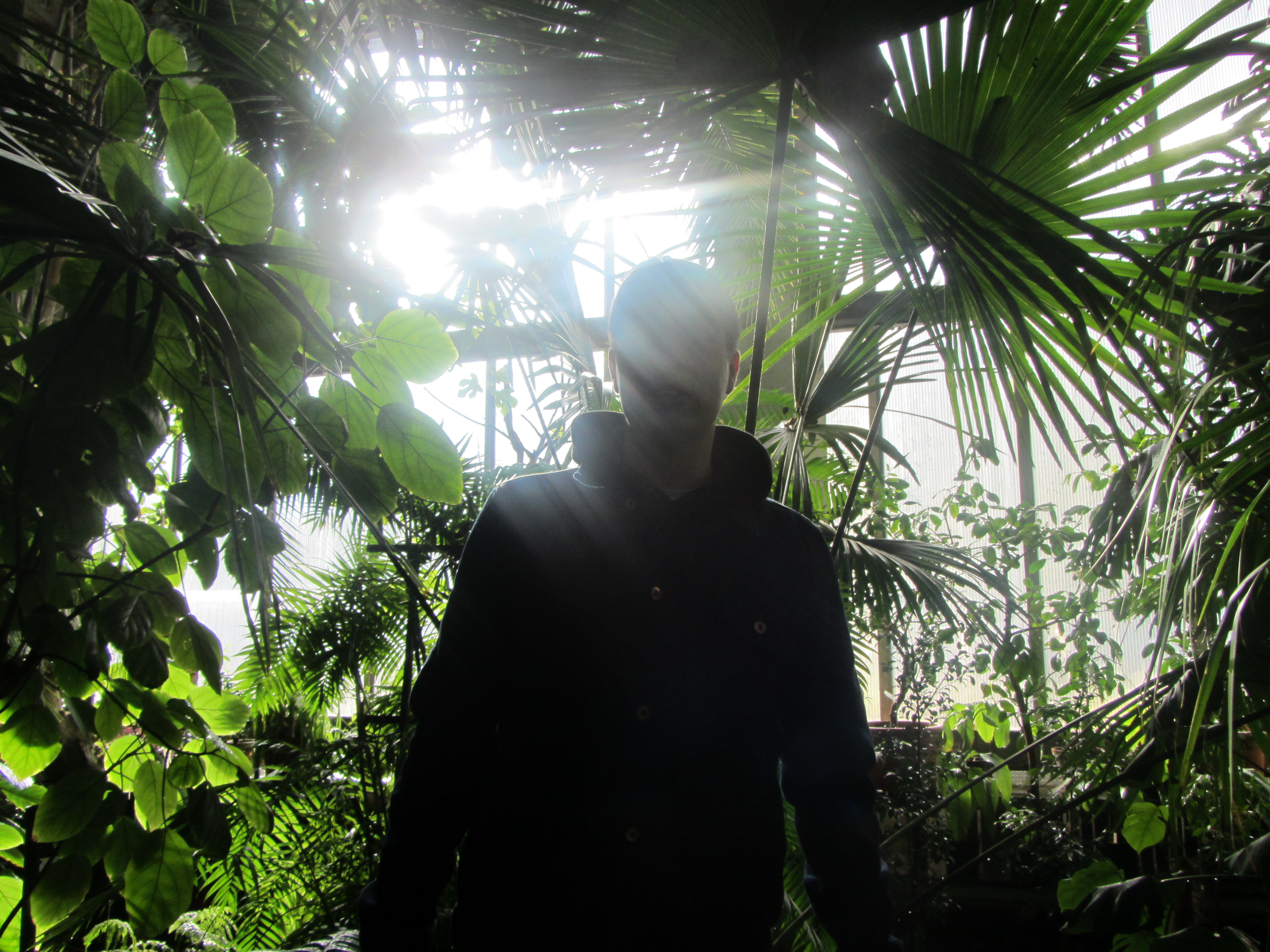 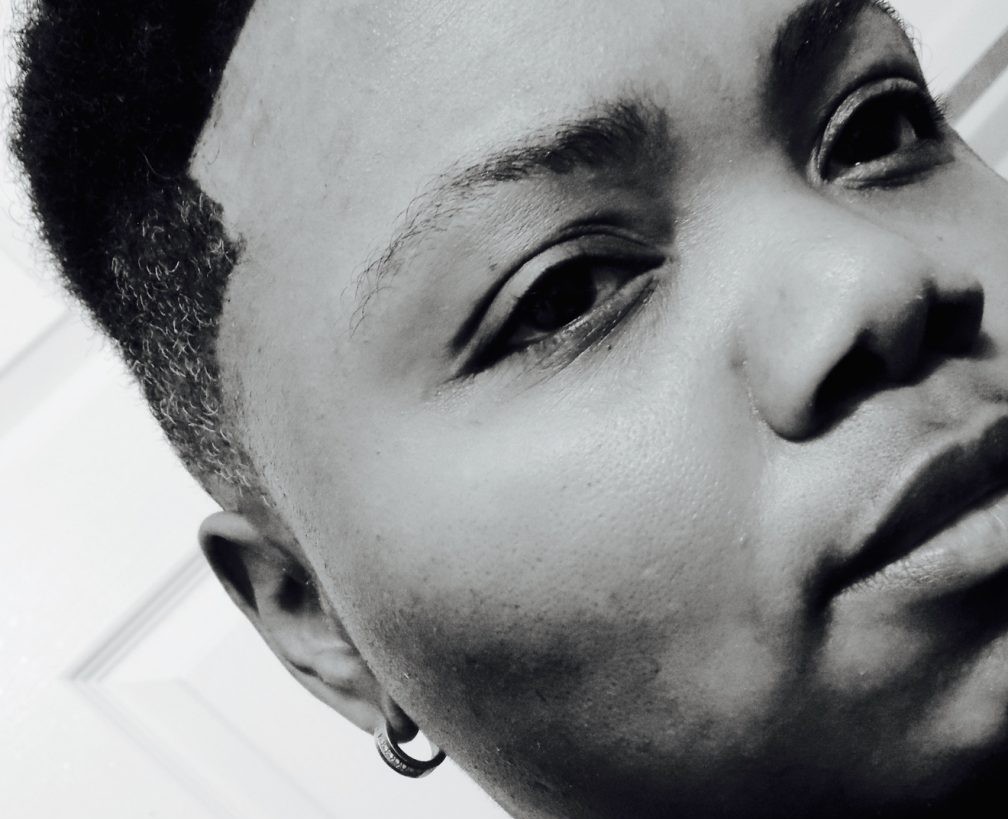 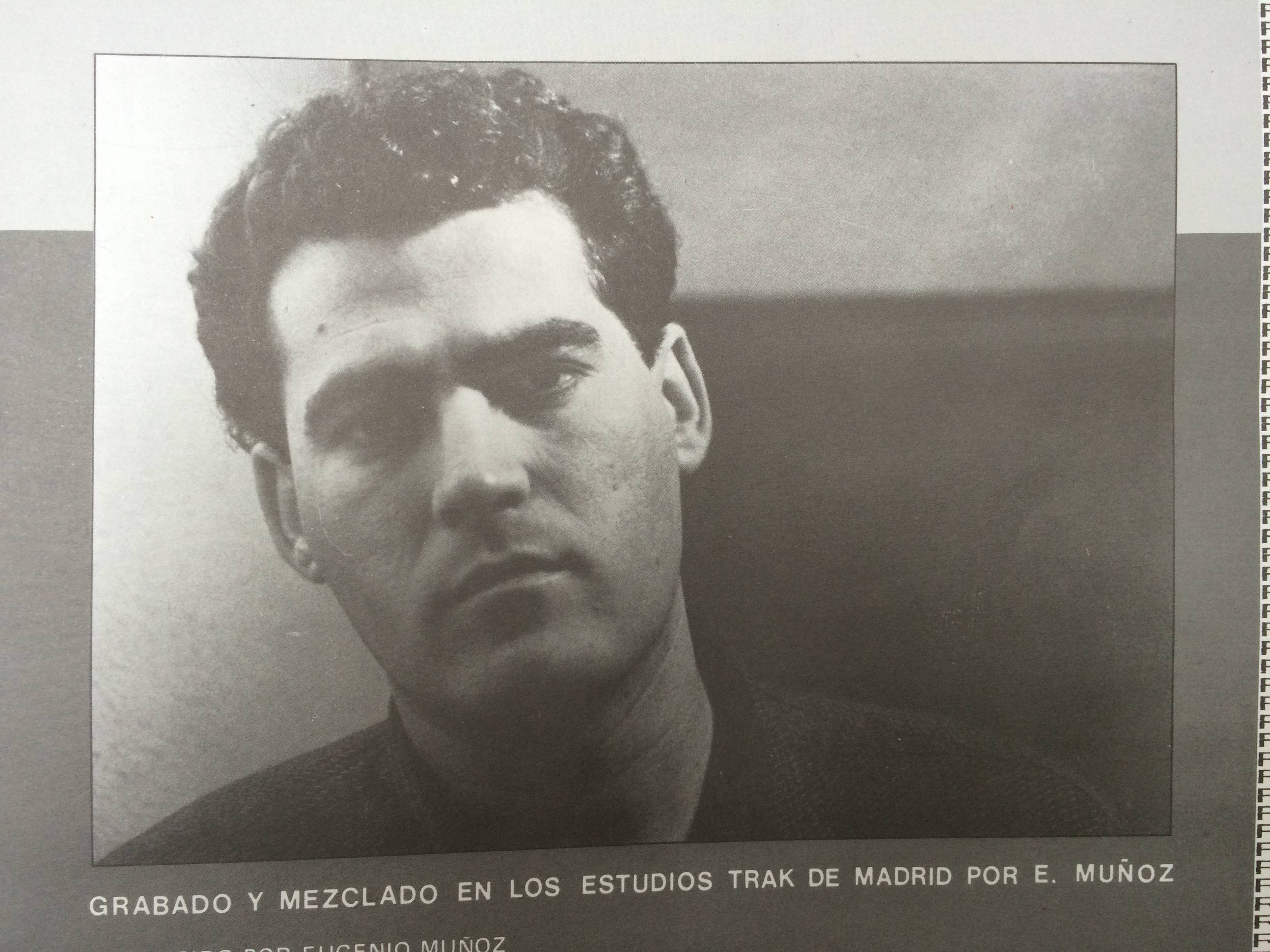