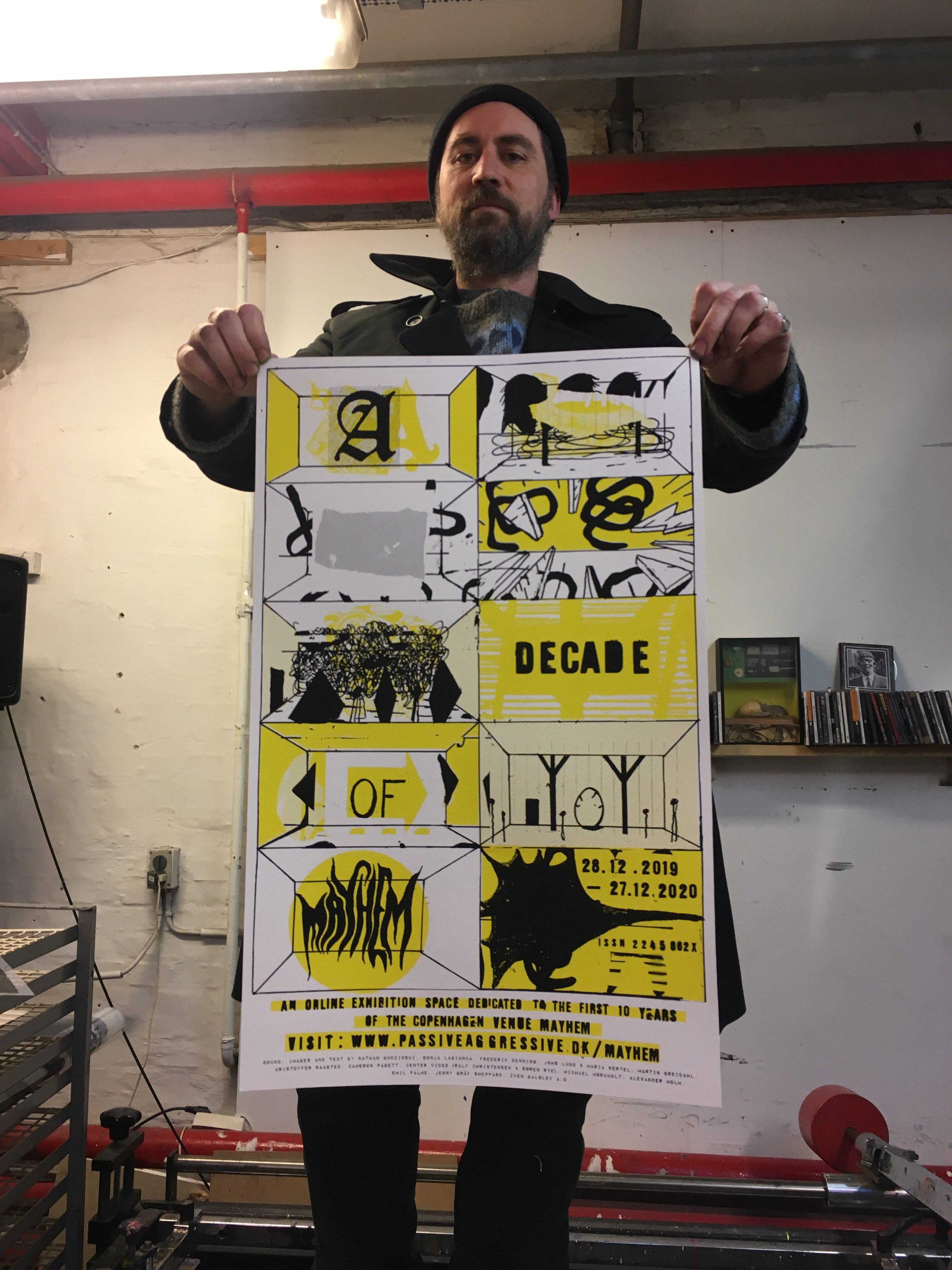 A DECADE OF MAYHEM

Exactly ten years ago on December 15 2009, the entity we now know as Mayhem was officially established. The Copenhagen venue, which also contains rehearsal spaces, music studios and artist workspaces, hosted its first concert in March 2010 and has since presented an impressive number of artists within the realm of ‘extreme sounds’ of both international and local acclaim. This has only been possible thanks to its many independent organisers, an ideological commitment to being a nonprofit venue and a thorough understanding of the balanced relationship between audience, artist and host.

To celebrate the first 10 years of Mayhem, Passive/Aggressive proudly presents an online exhibition space that will show the diversity of the community around Mayhem. It will tell some of the many many stories of this cultural landmark’s origin, explore its future possibilities and consider its relevance for other DIY-spaces. With contributions (sound, text, image a.o.) from writers, musicians and visual artists, “A Decade of Mayhem” will evolve throughout a year, following the exhibition’s opening on 28.12.2019.

Today we are happy to share visual artist Zven Balslev’s contribution to this project, which was also printed at Mayhem. The exhibition poster will be made available for free or on donation at our distributors or via Patreon (www.patreon.com/pasaggressive).