Alex Zhang Hungtai – “When you are not truthful to yourself, the playing itself will suffer” (interview) 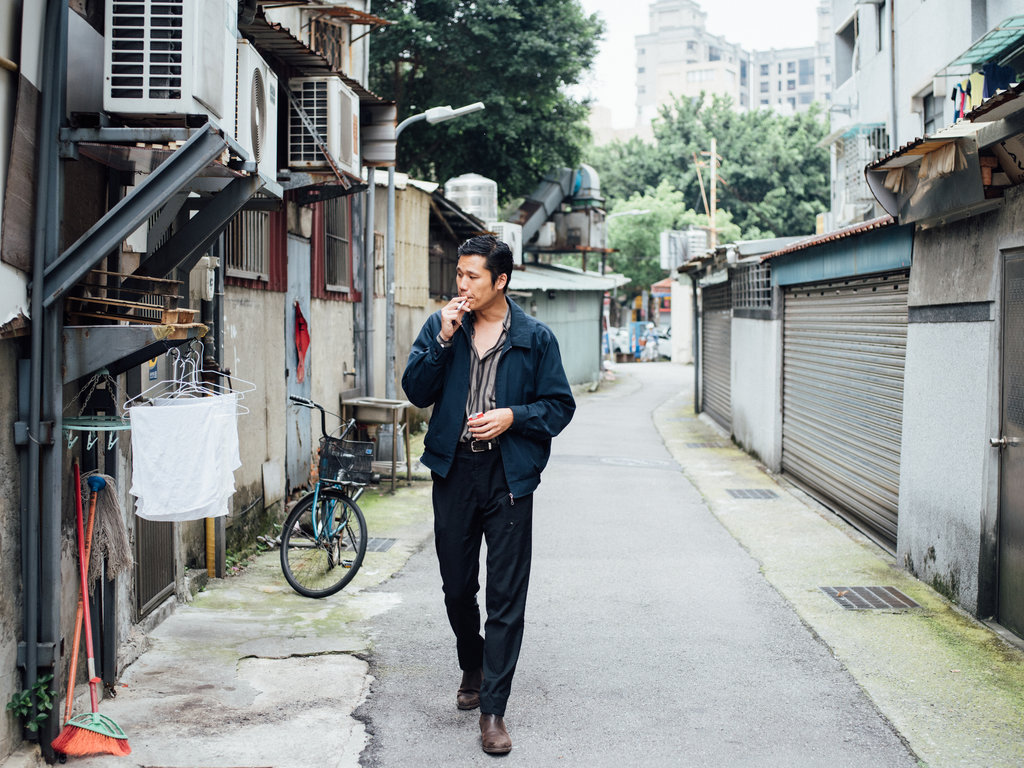 Alex Zhang Hungtai has been creating enormously diverse music throughout his career. In addition to the also stylistically diverse project Dirty Beaches, Hungtai has been releasing music under the moniker Last Lizard and more lately in his own name. Besides the more free jazzed collaboration with David Meranha and Gabriel Ferrandini as well as part of the trio Love Themes, Hungtai has released both minimalistic piano and saxophone compositions since he ended Dirty Beaches. His latest solo release, the album “Divine Weight”, points back towards his last album as Dirty Beaches, “Stateless”, which also was an ethereal and atmospheric saxophone album. However, “Divine Weight” incorporates a more alternative approach to playing the saxophone which implies limitations but also the unfolding of the instrument’s potential; a potential which suggests a personal and existential dimension in addition to the musical.

“The saxophone is not only a friend that helps me reveal myself to me. It is also a harsh training buddy that punishes you when you play lies,” Hungtai explains in the following interview, in which he reflects upon the personal dimension that the saxophone opens up, and the responsibility it demands of its player.

P/A: What have been the main sources of inspiration for your compositions on “Divine Weight”?

AZH: “The reworkings of the original saxophone recordings which were the stem tracks for the majority of the album came at a time when I was living in Hong Kong. Having no access to a studio or practice space I ended up working with these old recordings on my laptop, and that was the beginning of the album – working with limitations and trying to finish something that I had started.”

P/A: How would you describe your relationship to the saxophone? When did you start to play it, and how have you experimented with it on “Divine Weight”? Is it possible for you to express something via the saxophone which you find musically difficult or impossible via other instruments?

AZH: “My relationship with the saxophone is very different than the previous instruments I had learned to play because it is related to my work with Gabriel Ferrandini (who taught me the joy of playing drums and helped me overcome my fear and self imposed idea that I can’t play drums) so in a sense in the realm of “free music” it’s a lot like talking and how you are in real life will dictate how you sound and play. We play like how we love, and we play like how we hate, and everything in between. Not only is it a type of communication with the people you play with, it is also a type of communication with the self. In life we try our best to not lie to ourselves and try to be the best version of ourselves but yet we somehow still fall short to those ideals at times. We create lies that not only deceive ourselves but also hurt others. The playing of my saxophone is similar to that. When I take responsibility for what I’m saying and reach beyond past projections of myself or the notion of who I want to be in the future, I arrive at this place that is eternal. It is always in the present NOW. The saxophone is not only a friend that helps me reveal myself to me. It is also a harsh training buddy that punishes you when you play lies. When you are not truthful to yourself, the playing itself will suffer and you hear it immediately. It’s less of a musical problem than it is a human problem, for me.”

P/A: How do you view your work on “Divine Weight” as opposed to your former releases? Have your later musical projects, either solo, as part of Love Theme or with David Maranha and Gabriel Ferrandini naturally lead to (some of) the ideas and expressions on “Divine Weight”, or did you intentionally strive to do something entirely different?

AZH: “”Divine Weight” falls in between something akin to “Stateless” from the Dirty Beaches era and the beginning of free improvisational work. In hindsight it sounds to me now like someone trying to resolve their current problems with a heavy tinge on their past. It is not an album about the NOW as I mentioned earlier but rather an older version of myself still trying to project something in the process. I’m glad it’s documented because it is a important step towards a future that I completely don’t understand.”

P/A: You’ve often mentioned geographical areas in your works, such as Belgrade on “Drifters”, Paris on “Knave of Hearts” and Yaumatei on “Divine Weight”. Do you often find musical inspiration in geographical areas, or is it rather your own personal encounters with them that inspires you?

AZH: “Mostly it’s from personal stories, other times it’s from dreams or other abstract unknown impulses that I don’t understand until the song is done and released and years later I end up visiting the place by chance (like the track “Tarlabasi”).”

P/A: Homelessness strikes me as a central theme on several of your releases (“Stateless” due to its title, “This Is Not My City” on “Love is The Devil” and “This Is Not My Country” on “Divine Weight”). How do you view the relation between your reflections on homelessness and the music itself? Does it manifest somehow in the music as such, or does it rather serve as an inspirational starting point?

AZH: “It’s ouroboros, a snake eating its own tail because it was some kind of childhood trauma that I internalized and later over and over expose and express myself through these traumas as if I was hell bent of recreating these feelings so I can understand them. This is all from the perspective of a 38 year old who had no idea what he was doing in his late 20’s and early 30’s. The human mind works in mysterious ways. Now I think it’s some kind of self projection that we lock ourselves in without knowing why we do these things. Repeating the same mistakes over and over again.”

P/A: Another central theme in your music seems to be that of personal identity or lack thereof. Do you view music as a way to express your identity free from geographical borders, cultural or historical heritages and narratives? Or is it rather an attempt to articulate this geographical and cultural determination and limitation of one’s personal identity?

AZH: “The ultimate freedom is to be nothing. Without history and context that limits you. Anyone that suffers from historical and cultural burden can tell you that. After nothing, you can be anything. Identity is just a concept of social programming. It’s so that you don’t grow and become easily an algorithm that can controlled and manipulated. Of course I come from a place personally where it has been my mission to not be defined, but even that act itself is a reaction. Reactions does not come from personal freedom but lack thereof. It’s the hope and dreams of striving towards freedom. I hope that in my lifetime before I die I will reach that place somehow. To not react and truly be because there is nothing to be afraid of and exist because I have reached the nothing. The state of eternity where nothing begins nor ends. Forever shifting like the seasons of nature.”

P/A: Why has it been important to you to release “Divine Weight” on NON? What would you say, if any, are the similarities behind NON’s cultural ideology and your own musical work?

AZH: “That is the primary reason why I want to work with NON because it is about cultural amnesia, historical and cultural weight/trauma that we inherit as human beings. After talking with Josh and Derek from NON there was no doubt in my mind we are trying to aim towards some kind of future existence where the individual becomes nothing, and therefore he/she is free from all other opposing forces that try to identify us as the other.”

Info: “Weightless” was released via NON in July. Since then Hungtai has released “Eight Black Horses Crown Snake”, a collaboration with David Meranha and Gabriel Ferrandini, on Violent Do Céu Records. 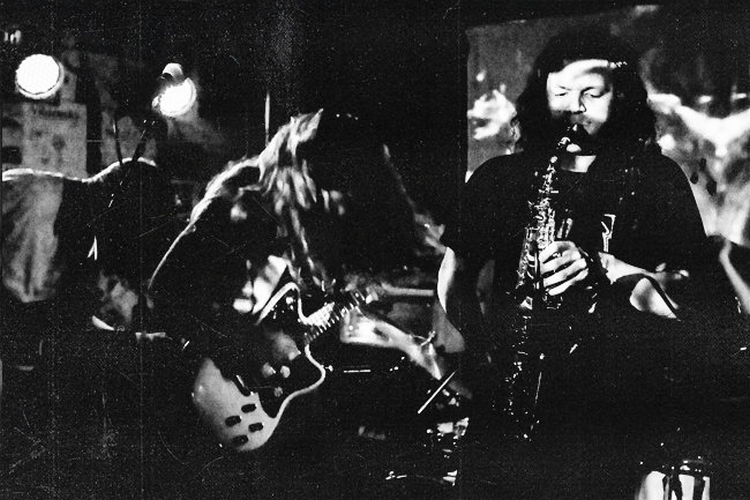 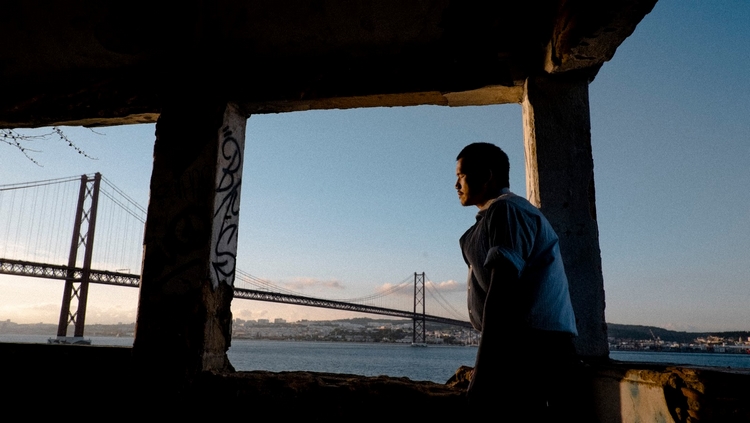 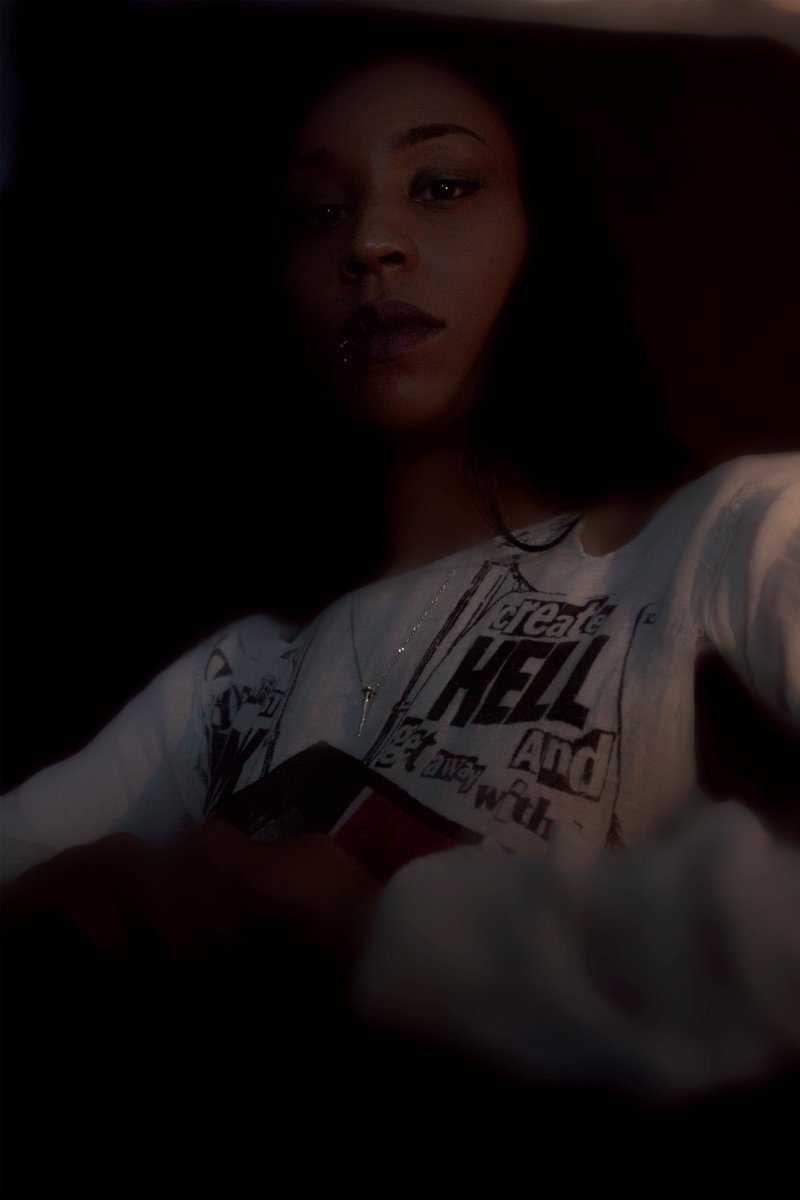