Moor Mother – Haunting the present with a DIY Time Machine 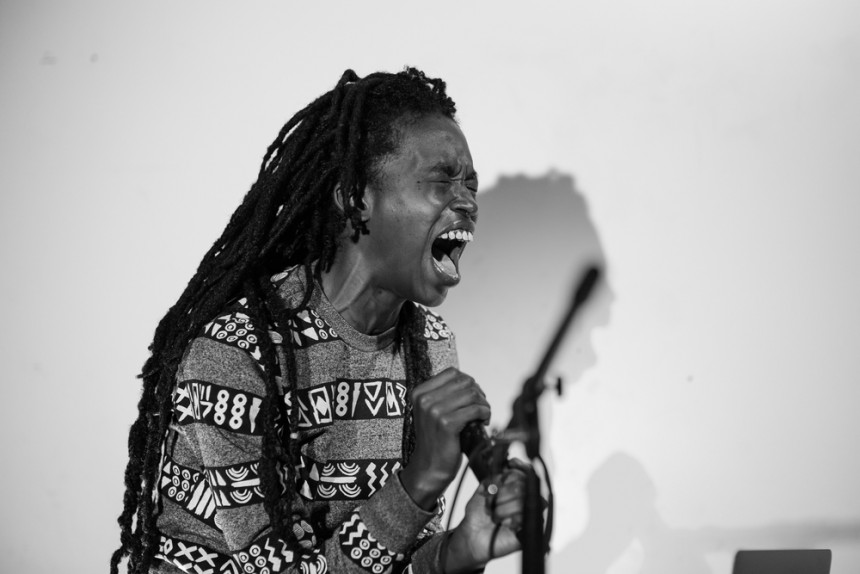 The revolutionary thinking of Camae Ayewa also known as Moor Mother explores time travel while distorting history as she haunts the presents with her performances spanning from the incisive spoken word, punk attitude and free improvisation. Passive/Aggressive gives an introduction to her work, ahead of her appearance at the forthcoming edition of Click Festival in Elsinor and her return to Kimia, which was announced just a few days ago.

Any description of Moor Mother would have to begin with an array of prefixes where a musician is just one of them. The list includes composer, poet, activist and time-traveler, coach and much more.

She hails from the small town of Aberdeen, Maryland. She came up around gospel music that later morphed into rap. In the search for an alternative way to canalized a more political outcome, she got involved with punk music, this later mutated into the total spectacles of Moor Mother.

She is now based in Philadelphia from where her voice has emerged into the global underground addressing systemic racism and injustice through a multifaceted artistic presence. She channels a plethora of intense emotions and energy into her work, theories, and music.

There are a few primary perspectives from Moor Mother’s biography that have crucially shaped her music – her hard hitting, sample-based solo project Moor Mother, her part in the liberation-oriented free jazz collective Irreversible Entanglements, and the one half of Black Quantum Futurism. Besides this, her discography shows a long list of collaborations that includes producer Mental Jewelry as Crime Wave and latest with Discwoman affiliated DJ Haram under the name 700 Bliss, who released their debut EP on Halcyon Veil this year.

The debut album Fetish Bones turned out to be one of the most immense releases of 2016. Moor Mother captivated an international audience with her abrasive sound and aggressive lyrics that documented black memory, trauma, and survival. One of the tracks from the album declares Camae Ayewa herself as the living ghost of Sandra Bland, referring to the 28-year old black woman, who was found dead in jail after being pulled over for a minor traffic violation in 2015. By way of sampling a recording of Sandra Bland’s arrest, Moor Mother explicitly criticize power and the abuse of it and navigates towards defining or taking back black agency.

On her latest release as Bliss 700, Camae Ayewa opens the track “Basic” with the following words: “Look ma, we made it. Only lost a hundred thousand coming over on them slave ships. That’s just one ship.” It is a document of black memory, trauma and survival.

Camae Ayewa is not classically trained in any instrument, which almost provides a flexibility in the way she approaches sound. Completely unchained from rules, and maybe that is why improvisation is big element in her performances. She’s the antithesis of the mainstream culture’s empty words and idolizing of a glossy front figures. The turn of the decade has twisted this trajectory. The music of Abyss X, Pharmakon and Puce Mary, that sets a post-industrial landscape that is hardware oriented and noise based sound.

Irreversible Entanglements are a liberation-oriented free jazz collective, which Camae Ayewa formed in early 2015 together with saxophonist Keir Neuringer and bassist Luke Stewart. They came together to perform at a Musicians Against Police Brutality event organized after the slaying of Akai Gurley by the NYPD. Since then the collective has been joined by Aquiles Navarro and Tcheser Holmes. All together they released the four tracked self-titled EP in 2017 where Moor Mother continues delivering her fragmented uncensured narratives.

No discussion of the artist would be complete without acknowledging the influence of the art of the Afro-diaspora. Camae Ayewa’s spirit chimes with the essentially redemptive message of much American Afrofuturism. From Alice Coltrane and Sun Ra’s exhortations towards greater worlds. In 2014 Camae Ayewa founded Black Quantum Futurism together with artist and lawyer Rasheedah Phillips, who also is behind the Afrofuturist Affair and Metropolarity. BQF is a multidisciplinary collaboration exploring the intersections of futurism, creative media, zines, recordings, DIY aesthetics, and activism in marginalized communities through an alternative temporal lens.

Both in BQF and on “Fetish Bones” Moor Mother is speaking about how time oppresses people. From the enslavement in Africa how time was used to enslave the black people and how time continued enslaving them – from the ships from Congo til New Carolina. Everything is referring to pockets of time.

Camae predicts the physical and emotional need to honor black culture, traditions, and history by transforming the burden of the past into a movement of resistance. This is the perspective from which the avant-garde reinvent itself. She dismantles hierarchies, structures and even time by weaving the past into the future with a brave mindset and a zero-tolerance attitude she articulates resistance and preaches education and justice.

She is responsible for the fluid boundaries of a current sound of experimental music through her explorations into punk, noise, jazz and the ever presence of heavy political messages opened up an entirely new path of possibilities.

Moor Mother has systematically deconstructed every assumption about music and the way it is presented and communicated. As she herself said: “People are so confused every time I play a show. They’ll be like ‘What? You just started screaming!’ I scream! I do poetry and I scream.”

Info: Moor Mother plays at Click Festival 2018 this weekend, and Black Quantum Futurism is also part of the Talk-program. Camae Ayewa is also planning a quasi-secret guest appearance on Kimia. 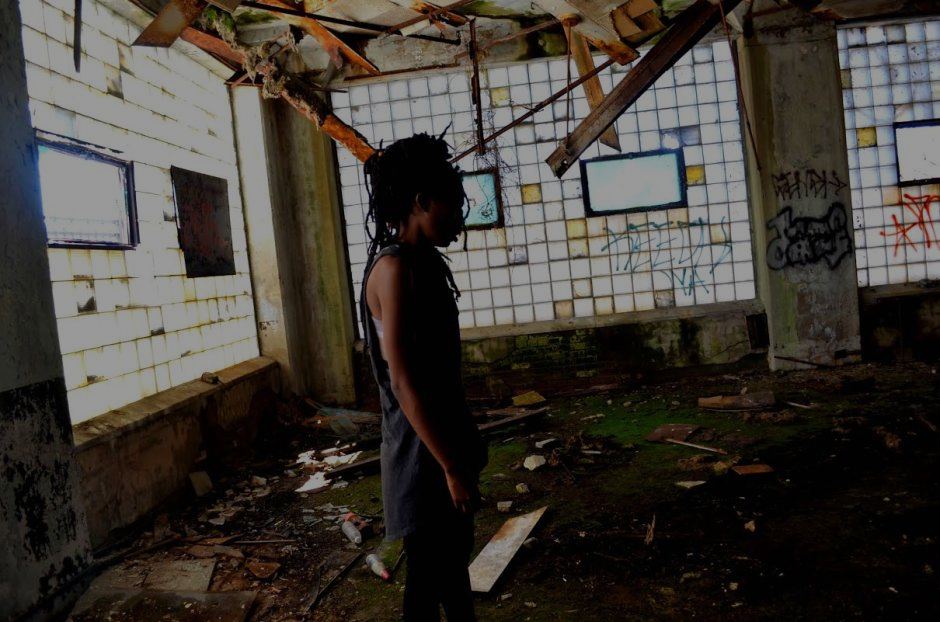 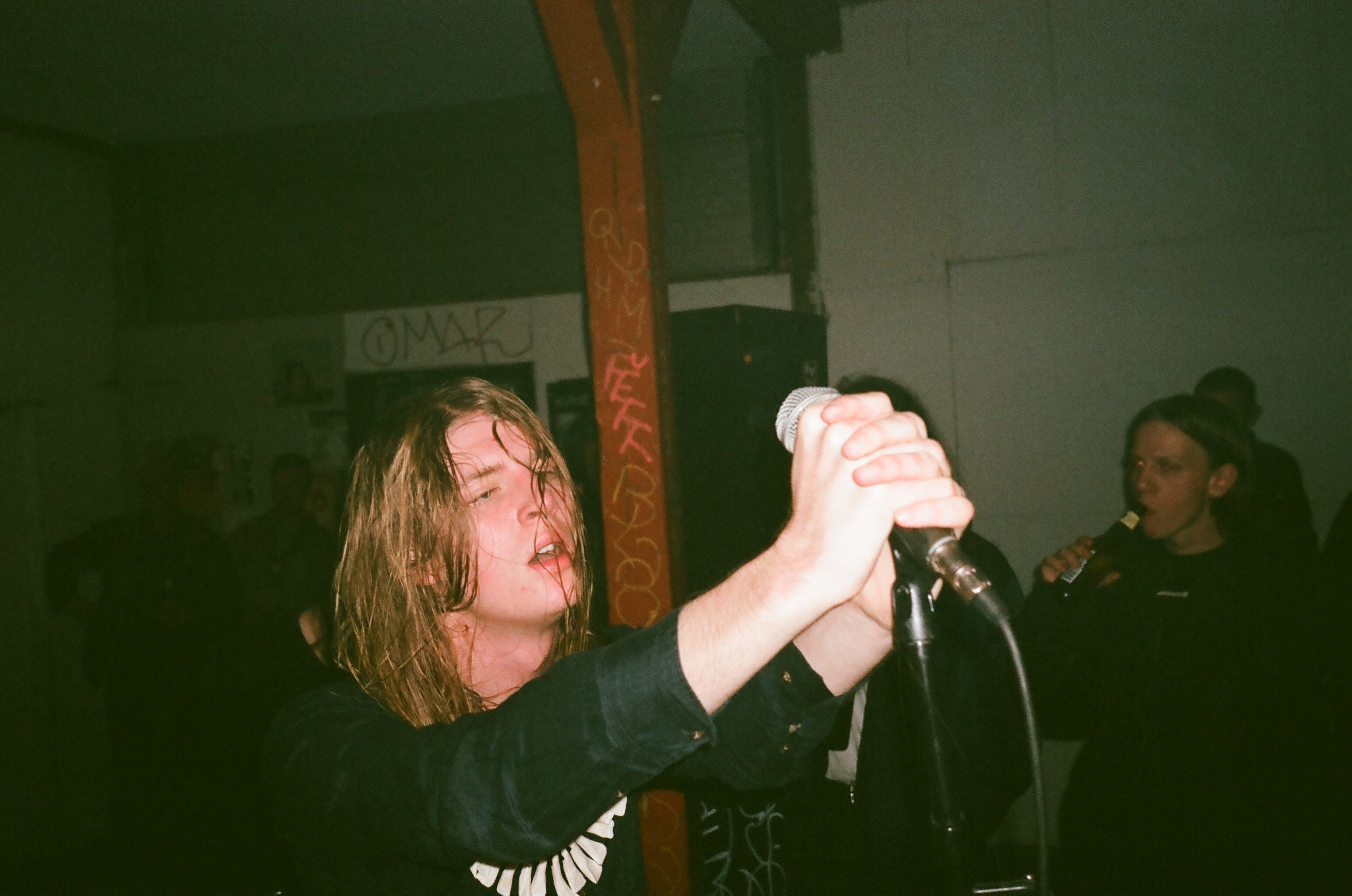