The circle has no beginning, and it has no end. The ancient Indian mathematicians saw the circle as divine: To them, the circle represented infinity, something only attainable by the Gods.

Circles and cycles are a fixture in the output of Copenhagen record label Aar & Dag: The name itself, which translates to Year & Day, hints at a cyclical understanding of time. The releases on the label are driven by a peculiar and playful approach to the concepts of loops, sequences and repetitions. At the same time, Aar & Dag is the name of a collective of the four composers who also form the core of the label. The latest release, entitled “Tifold af Fri Form og Fælles Motiv”, comes along as the culmination of some of the approaches to experimental composition we already could hear on earlier releases on the label, such as Anders Lauge Meldgaard’s “12 Instrumenter til Henning” and Michael Mørkholt’s ”Solhorn: Kredsbevægelsen”, two of the core members of the collective (the other two being Andreas Pallisgaard and Mads Forsby).

From the start, the listener is greeted by a gust of notes and pulses. It is charming, engaging, and quite refreshing. It’s also very dense and might sound chaotic, but it is never pure chaos: Percussion and wind instruments, synthesizers, self-built sound devices and sequencers dance around one another, each one following its own melodic sequence and timing. There is a structure, it’s just that the structure keeps changing constantly, like in a kaleidoscope. The result is an interplay between the elements that reconfigures itself incessantly, and as all elements are present on equal terms, there are no leaders, nor followers: The whole album actually sounds a lot like one big collaborative game played between all of the members.

Rhythmically, the music is often wonky and wobbly. Uneven and irregular timings are a key ingredient here. Melodies are realized as sequences that neither rise nor fall, rather, every note of a melody is equal to the next one: You could take a note from one of these sequences and place it anywhere else, it wouldn’t make a difference. The sequences are not an end in itself, but are just the starting point for the interaction between the performers. The pieces take root in compositional building blocks but unfold differently every time they are performed. The driving force behind the music on “Tifold…“ is the way in which the performers pick up on one another: They react to each other immediately, embellishing their phrases and sequences. There are no solos here since all elements always support and emphasize each other on equal terms. No player ever dominates.
Fittingly, the group performs their concerts arranged in a circle.

The central concept of Aar & Dag as a collective is the idea of a non-hierarchical ensemble: There are no given compositions that the members perform. Rather, the music of Aar & Dag unfolds spontaneously between the members, guided by intuition, and attention to each other. One player starts. Gradually, others join in, and drop out again. The music gestates as a playful interaction between the performers. They call it „collective instrumentarium“: The idea that the whole of the ensemble and its instruments is in itself one giant instrument. Aar & Dag is an organism: A collection of parts that together form a self-regulating system.

Listening to this release I had to think of the writings and the ”Cybernetic Music” of German composer Roland Kayn: As a scientific discipline, cybernetics describe systems of controllers and regulators interacting with each other, such as in the central nervous system. Roland Kayn translated the concept of cybernetics into music by assembling synthesizer modules into elaborate networks that were set up to repress or emphasize one another in a semi-predictable, very organic way. The musical result is quite different, but the basic principle is comparable to the work of Aar & Dag: All elements form one coherent eco-system which lives and breathes in cycles. 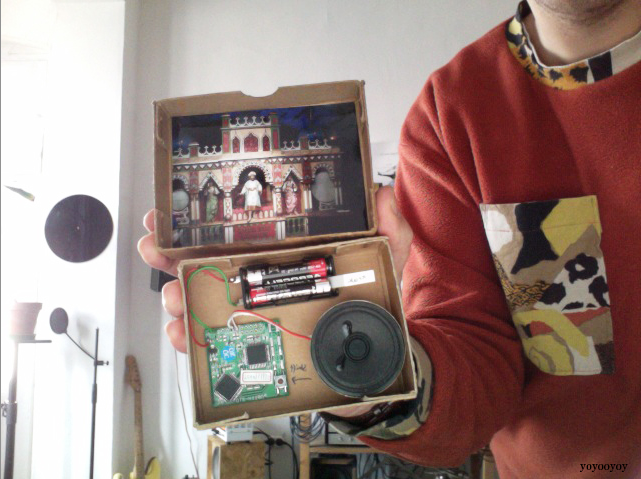 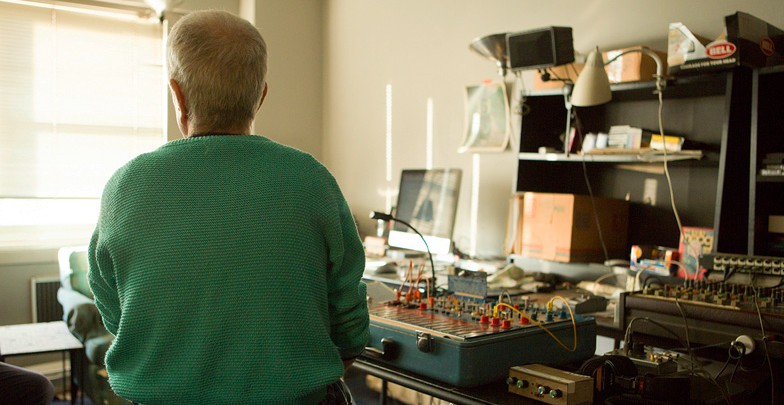