Solhorn – Image and sound intertwined in a feedback loop

The dominance of algorithms has come into being at breath-taking speed, particularly in the last 20 years. Coding as a creative tool is spreading fast among musicians, artists and designers, sitting in an odd position between strict science and artistic expression, between the subjective and the objective. Yet the nature of code is elusive: We never actually see the algorithms run. We can only see the outcome of a computer program, that which it ”returns”, but the actual process remains hidden.

With his piece ”Kredsbevægelsen” (”Circular motion“), Michael Mørkholt has created an art piece that is both installation and instrument: A camera is pointed at a screen. On the screen, the camera output is shown, and a feedback loop between input and output of the camera is created. Cause and effect become one and the same. The imagery becomes unstable, abstract, it falls apart into colored areas that are in constant motion, as lively as leaves in the wind. But the images as picked up by the camera are also run into a program that strips the image of its natural, visual nature, reducing the incoming video to a stream of numbers: The image is translated into digital information.

This information is then used to control the parameters of a MIDI-synthesizer. Moving the camera itself, and feeding it with different images, becomes a way of playing the synthesizer by proxy. It essentially denies the player full control in favour of the unforeseeable.

And so, a live-performance of „Kredsbevægelsen” means Mørkholt is seen interacting with the camera, shifting positions, pointing it here and there, finding sweet spots. The camera, highly sensitive to changes in light, becomes the interface for interaction with the code. But it also works as a sort of probing device for exploring the sonic possibilities of the algorithm. The resulting music starts to ripple in cascades, carried by warbling drones, accurately in tune with, and just as unstable as the images. It realises itself purely as tone: ”Kredsbevægelsen” does not suggest itself as a compositional tool. For this is not an illustration: The music doesn’t adorn the images, and the images don’t accompany the music. They are both expressions of the algorithm’s possibilities, of its inner workings, which means that none of the two takes precedence over the other. Here, image and sound are representations of the same principle as determined by the algorithm. And so, they stand on equal level.

The actual piece ”Kredsbevægelsen” is the feedback loop itself. Accordingly, the release is aware of the fact that it is a documentation, and a demonstration, but not a fixed piece of music: For the very nature of the piece is that it is code running, flowing, that it is always kept in motion by itself, and so, it is only fully experienced when performed. It is a living thing that can’t be fully captured. The recording presents us with a representation, an idea of what is possible with the system of “Kredsbevægelsen”.

Indeed, Michael Mørkholt himself calls it an art piece, and an instrument for performing, but he doesn’t call it music. As he himself puts it, the input images are a form of “graphical score”, and with this score ever-changing, so is the musical output. In other words, “Kredsbevægelsen” is an apt title for a piece that is in essential motion. It is like a kaleidoscope, where everytime you are looking into it, you will find a different image without an original form. Rather, there is an underlying principle that generates images of a certain form. It is that what makes kaleidoscopes so pleasurable and fascinating – everytime we are getting another glimpse of the possibilities of the kaleidoscope. And analogously, every performance of “Kredsbevægelsen” produces a unique variation that remains distinctly true to itself.

However, these considerations become irrelevant when playing the record itself. Once the image is lost, and the whole performative aspect is absent, what remains is music of a surprisingly organic character. Arpeggios are glistening cheerfully, deep synth-drones are keeping them from floating away. An internal game of checks and balances has been programmed to keep the individual voices of the music in relation with each other, tying them together into mutual significance. Programming the behaviour of “Kredsbevægelsen” was the actual the compositional effort. And it has succeeded into a very pleasurable result.

Info: The album was released in December 2019. 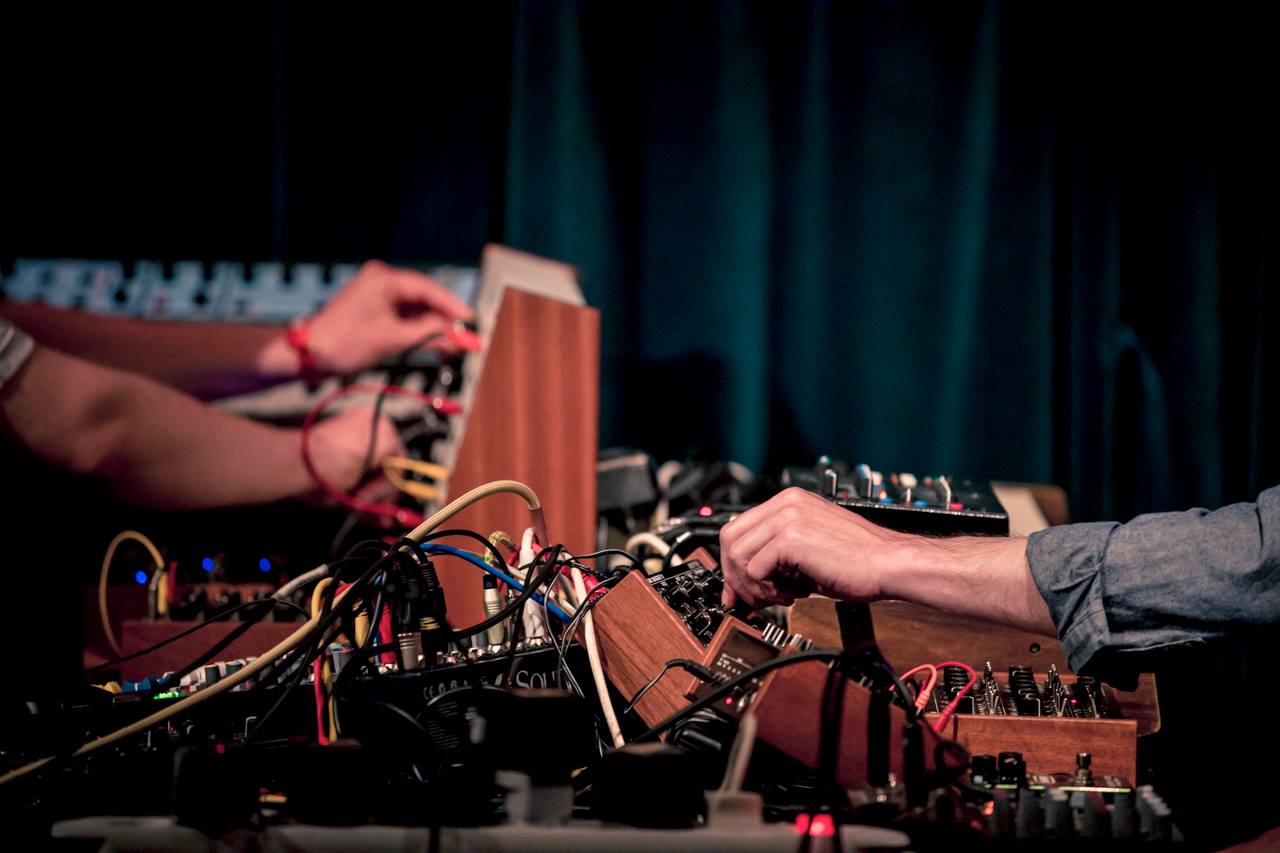 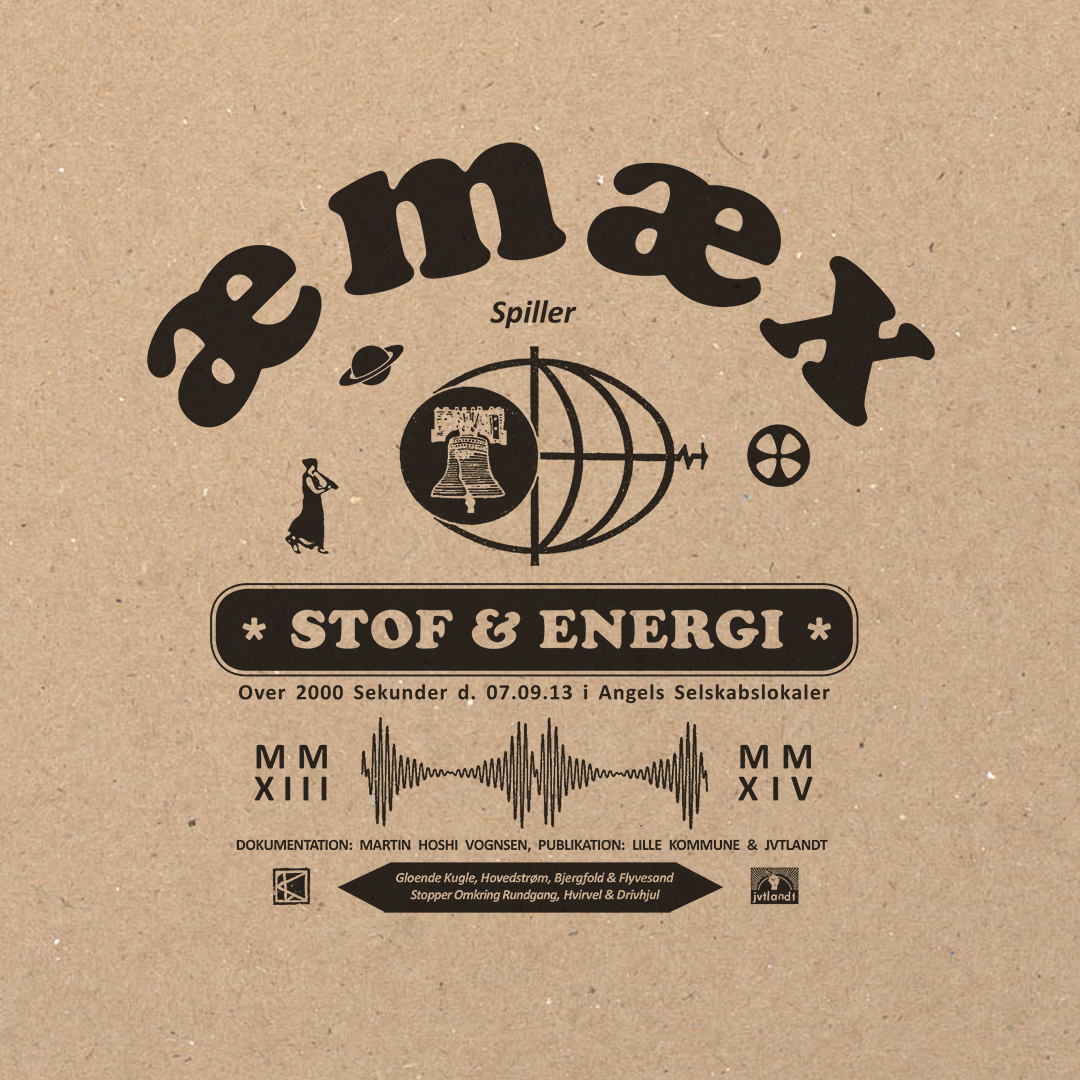 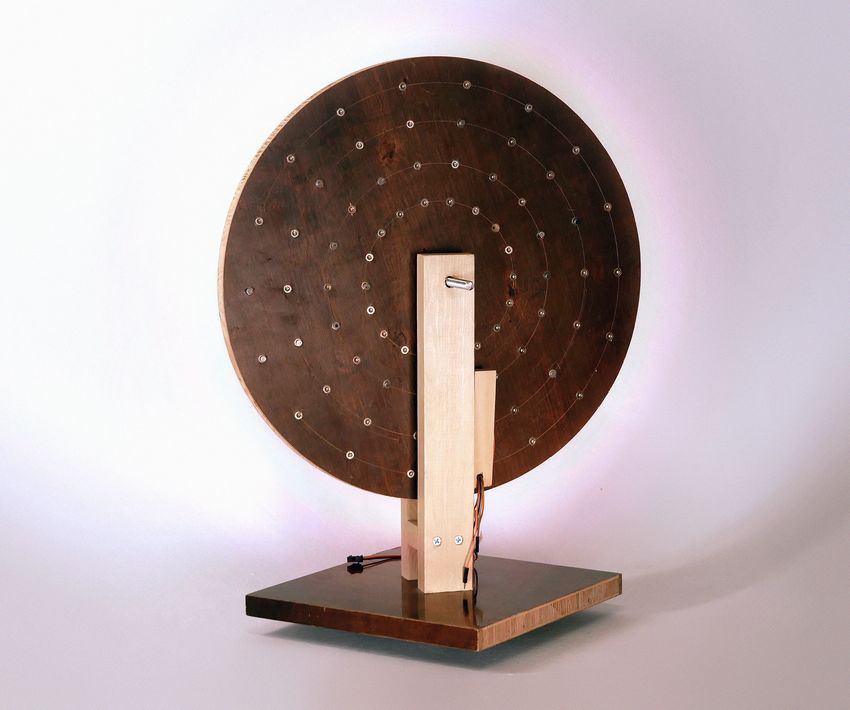