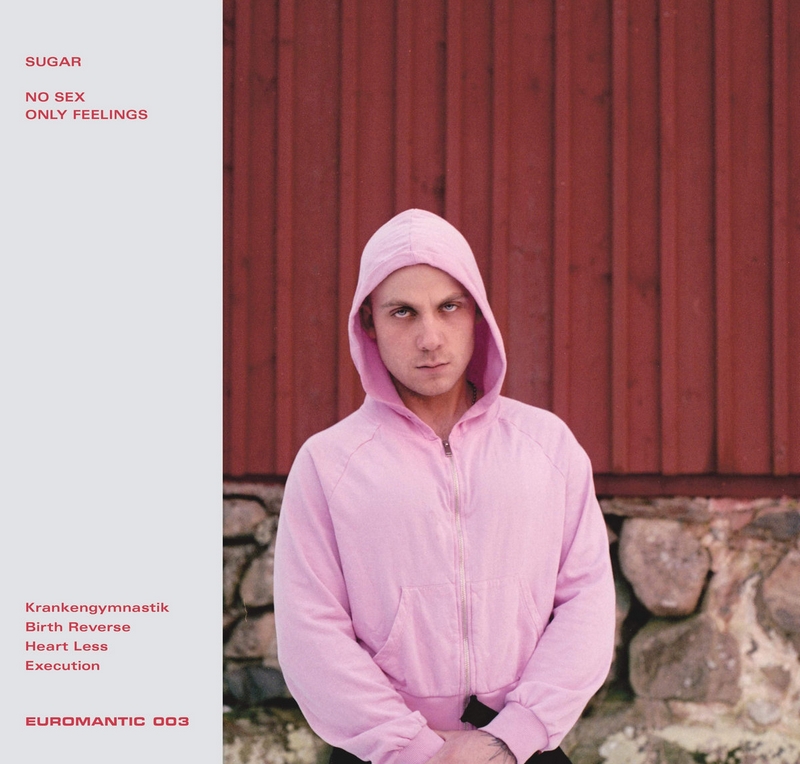 Sugar “No Sex Only Feelings” (Euromantic, 2018) – review by Cameron Pagett

Sometimes it’s good to let loose… really loose. Have the ability to let yourself go and simply move and enjoy the moment, twist your hips, turn your head and give in. It’s nearing 3 AM in Volume KPH at the gateway to spring with the windows shaking and nearly giving out from the booming speaker and footsteps pounding on the pavement. “I’ve never heard him this good,” one remarks.
This show in March was one of the first times an audience got to hear the much awaited new material from local DIY legend and Fast Forward co-founder Nikolaj Jakobsen (aka Sugar). He played a real cracker of a set including a lot of the tracks from his album “No Sex Only Feelings” which was released some months later, in the beginning of September.
The night at Volume was marked by many memorable performances, and from close memories and some worthwhile video evidence the party hit full tilt and begat a frenzy during a fast, furious and melodic 2.5 hours. It was the perfect setting and size with bursting prismatic lights, expansive sound and an attendance hitting the over 1,000 mark.

Now, the album is finally out, and it is fantastic. The diligent and precise mixing is accompanied by a wonderfully executed work in mastering from local wizard Joel Krozer. If you have any familiarity with the Copenhagen techno world which is characterized by a 140 BPM tempo, a hard, pulsing kick with a lean toward dancy melodic bliss, then this album is a coronation of sorts to a style defined and raised in numerous studios across the city.

As enigmatic as it is catchy, the title “No Sex Only Feelings” encapsulates the momentous trance of rhythm and engagement so hard to describe, yet littered within the fabric of speakers and sweaty ambiance on a strong techno dance floor. People are moving, lights beaming, strobing. There is the haze of cigarettes and fog, voices lost in the frenzy bursting from the speakers. Some move with friends, others have their eyes closed in vibrational hallucinations. The windows are shaking and threatening to shatter, clothes are shed and placed in piles on the edges of the room as a lone figure controls the music which breathes something beyond life into the space. No Sex, Only Feelings. It’s the response to the sound. The sensuality present in every good rave coupled with the expectation and longing for every beat and drop around the bend. You are back on the floor, lost in the bodies and the fog, and it feels comfortable. It is a very good place to be.

Have you ever felt pulled so strongly into a song that it didn’t matter what situation you are in, who is around or where you are? It greets you with a kick, a melody, a vibe. You start moving your feet, bouncing from your hips, your head is swaying back and forth. People may be staring, others calling your name, it doesn’t matter, it’s you and the track, nothing else.
Welcome to “Krankengymnastik”. The lead off track from the album that has a way of crawling and rolling slowly into existence like a dance infected fog. The ambiance surrounding the first few minutes is quite light, nearly cosmopolitan and upbeat backed by a dark, pounding unforgiving kick. The track is allowed to sit and simmer for a minute before revealing a simple, advancing high-pitched melody that gives the song a sort of space oddity feel. As if lights are shooting in mathematical patterns and neon hues out of a heavy mist. It’s not quite sunny, it’s not entirely dark either. It’s unforgettable, and it gets you moving involuntarily. It feels coastal in a strange way like standing in front of a pounding light orchestra on a hazy night on a harbor deck. It’s sound straight from fog and strobes, it’s a lot of fun.

Rolling into the second track, “Birth Reverse”, the sound arguably hits its most complex and diverse mixing from the entire album. If “Krankengymnastik” took its time, this track descends on you without warning, starting with a furious kick that nearly cracks out of a deep boom and roars with the strength of a maximum production industrial conveyor belt. “Birth Reverse” seems to rush onto your ears from overhead like a quick rising tide coupled with the RGB intensity of submerged and distorted light beams coursing in the deep.
The track is a real statement in dance immersion. If techno has power in appealing to your most base movement instincts, then this track is a clear example. Relying on an unpredictable, bombastic and metallically melodic ambiance anchored by a pulsating kick, it’s a true steamroller. If ”Krankengymnastik” was an energetic warm up, this track is not only full engagement but a perfect specimen of working with the limits and outer spectrums of what has become the norm in Copenhagen. It’s very present, not in your face but all around you and encompassing. It gives you a cushioned seat at the edge of the waterfall where techno meets a frontier or a stylistic apex on the horizon of the local and worldwide techno community.

If you are feeling submerged and fluid, then the next track, “Heartless”, brings a nearly religious touch to it with far off echoes and muffled chantings ricocheting from unknown structures. It’s not a void, but nearly a temple. Things become clearer after the firework finale like squeezed, explosive quality from “Birth Reverse”. It crackles into a more groove-inducing structural rhythm, and the melodies bounce and flash like dropping a tube of firecrackers and a controller into a nuclear reactor. It’s the meat of the album and the track where a real groove is found as the album reaches past its halfway point. If the previous tracks felt wild and transporting, “Heartless” is the track where things maybe find a home.

The final track, appropriately titled “Execution”, feels like a referendum of sorts. It’s not quite what you would look for if you want some sort of closure, but places the listener right where they were meant to be in the natural soundscape. In the thick of the fog, the bass is pounding, and the whispers and screams of late night rave revelers reverberate across the floor. True to Copenhagen techno a feint, subtle and largely organic feeling melodic ambiance is spread across the final minutes of the album bringing a hyper contemporary flair to the ending movement. It transports the listener back to where the action takes on its magic. A heavy kick and dark melodic ambiance born from a mist and settling in any space deemed available and worthy to rave. Relentless, it sits in your ears and pounds your dancing senses into submission.

It’s been said that techno in large part is creating an entirely new way to party in the Copenhagen nightlife scene. The producers over the past few years in particular have become very active and the content has been plentiful and largely filled with quality. It’s a special thing for one of the pioneers to finally release his own material. Time will tell whether it will become a classic, but a benchmark in sound and era can be easily argued and also easier to project. Until time plays its role, put your headphones on and dig in, or better yet head to a rave and visit this bursting wonder of a record.

Info: “No Sex Only Feelings” was released on Euromantic in September. Since then Sugar has delivered two new tracks for the compilation “Kulør 001”. 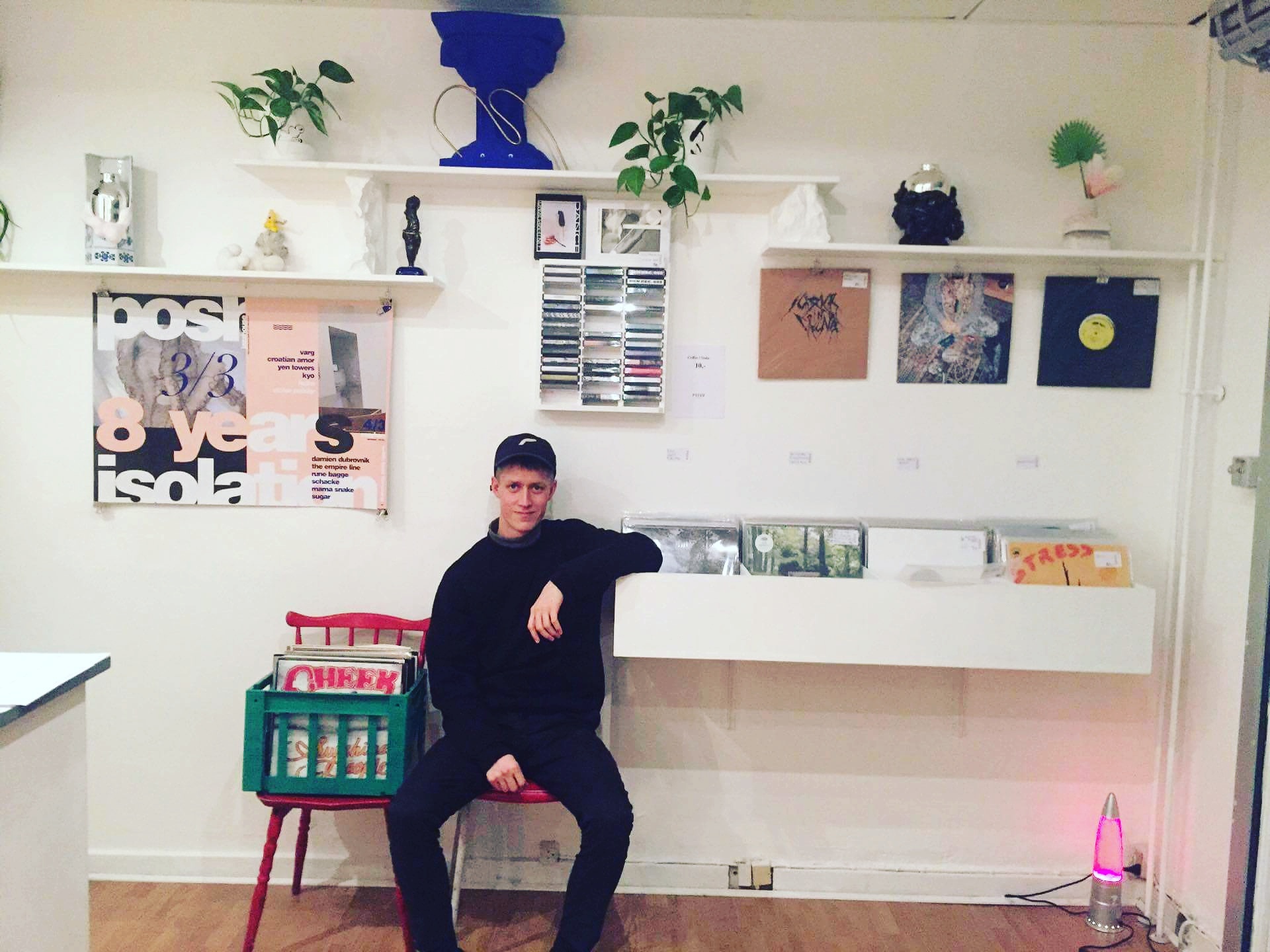 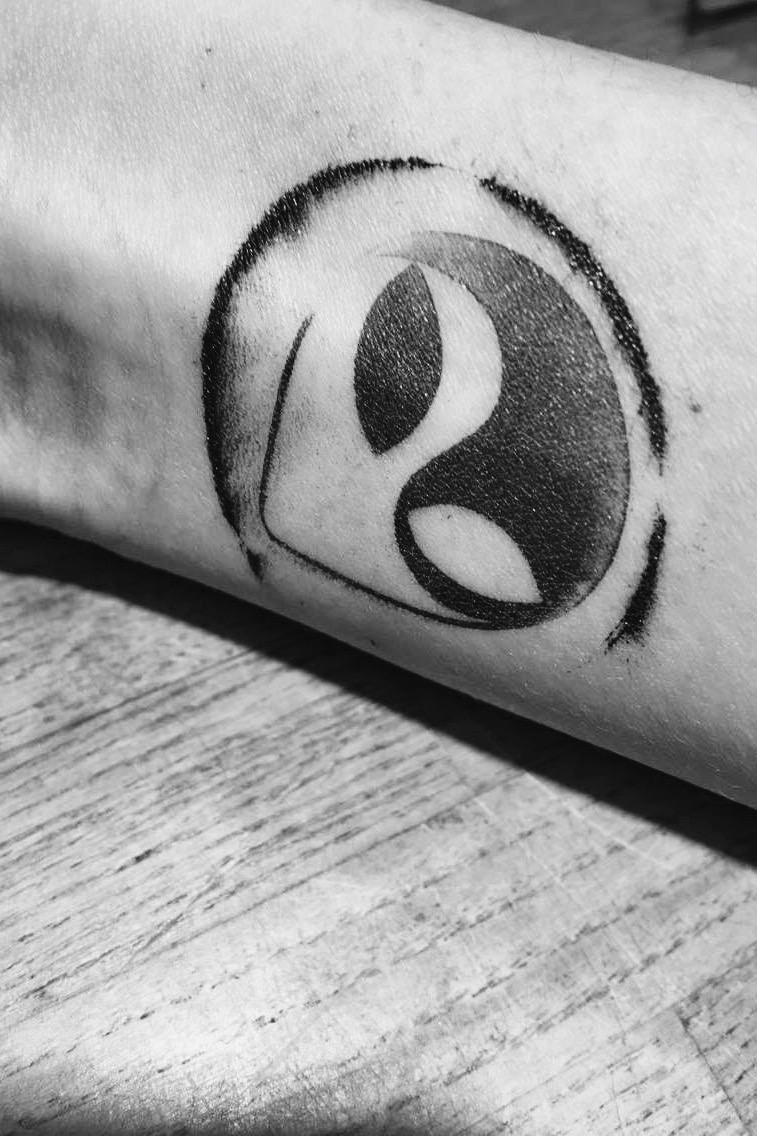