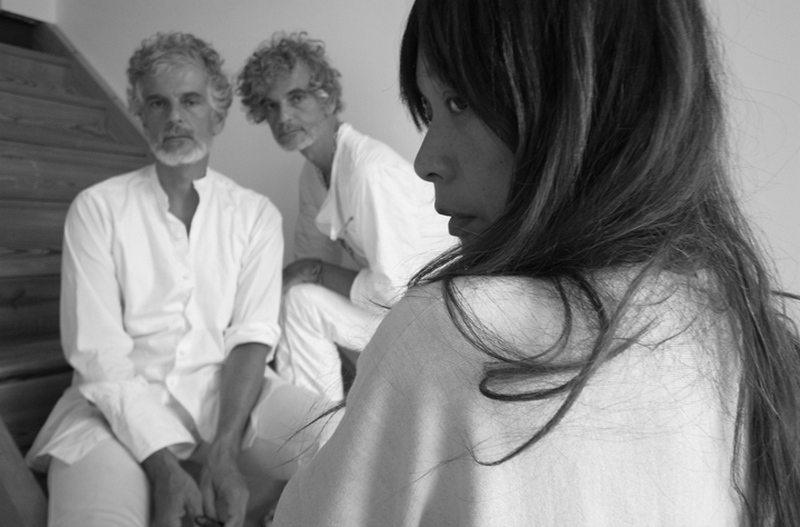 Passing on opportunities to indulge your 16-year-old self by going to see bands you were into at an earlier stage in life (and had slightly lost interest in over the years) normally isn’t a very difficult task, at least for some of us. Whether it’s out of fear of disappointment, poor previous experiences or the assumption that the only thing you could gain from going to that show is a feeling of sweet nostalgia, the excuses along the lines of: “It’s been what, more than 10 years since you were last excited about them?” or “Their last few records sucked anyway!” usually do the trick.

Now, I don’t know if it was due to their very good EP “3 O’Clock” from last year which hinted at a long-awaited return to form, or to some sort of personal thirties crisis, but I felt like this summer was as a good a time as any to see Blonde Redhead live.

The aforementioned nostalgia assumption proved correct as soon as the band kicked the concert off with “Falling Man” and “Elephant Woman”, both from 2004’s wonderful “Misery Is a Butterfly”. Interestingly enough, being transported back in time brought out some charmingly unrestrained concert behavior from a part of the audience, with most of the people obviously having a blast as the New York three-piece ran through some of their career highlights. The overall sentimental mood made any eventual memories brought back by music feel even more tangible.

Although a large part of the setlist had been split up between “Misery Is a Butterfly” and the also very good “23” from 2007 – both of which relied heavily on atmospheric production and the use of keyboards – the band’s live take on the songs was much more rock’n’roll-ish and guitar-focused, making a lot of the songs sound like they belonged to their noisy mid-90s output rather than to their dreamy 4AD phase. The Italian twin brothers kept the pace tight, allowing Kazu Makino to switch between different performing moods, from doing quiet and gentle songs to straight out rocking out.

While the latter did happen to fit some of their repertoire well enough, the overall impression was that stripping the music down to its drums and guitar basis with an occasional keyboard part was more of a practical necessity rather than a thought-through move that aimed to present their songs in a different light. For some of the less adaptable tunes, the lack of additional sonic layers deprived them of their key charms. For example, the apparent smash hit “23” sure could have used an extra pair of hands (more specifically, vocals or samples) but this was thankfully at least partially compensated for by Makino’s energetic and quite intense performance. She turned it up an extra notch during the encore that ended with a wild rendition of “Equus”, finishing the concert off the same where it began in terms of Blonde Redhead’s discography.

With the current tour being based around a short four-song EP, the band had sort of a free hand at picking out matching setlist material from a catalogue spanning more than 20 years, and they should be given credit for making a very fitting selection – something a lot of bands struggle with, often simply serving greatest-hits setlists from one tour to the next. By choosing to emphasise their ‘00s period, Blonde Redhead have put their new material in a context that very much makes sense in terms of sound as well as the dominant mood, ultimately satisfying both the inner teenager in the audience and the grown-up they inhabit. That this period also happens to be considered the high point of their career is only a bonus, and it raises the hope that Blonde Redhead might be far from “dead” career-wise, even though the leading music media seemed more than happy to ignore them following the severely panned last two full-lengths.

As one of those bands who failed to jump on the wave of indie’s rise to (semi-)mainstream in the mid-00s by following up the popular “23” with two albums that offered pale versions of their best material, Blonde Redhead have found themselves in an unrewarding position of having to buy their way back into the indie mainstays league. The good news is they seem to be in solid shape regarding their live performance, and an even better one regarding their recent studio output. And the one thing they can always rely on, as witnessed by the euphoric crowd at Vega during their recent concert, is their avid and dedicated fanbase that will be there for them through better or worse.