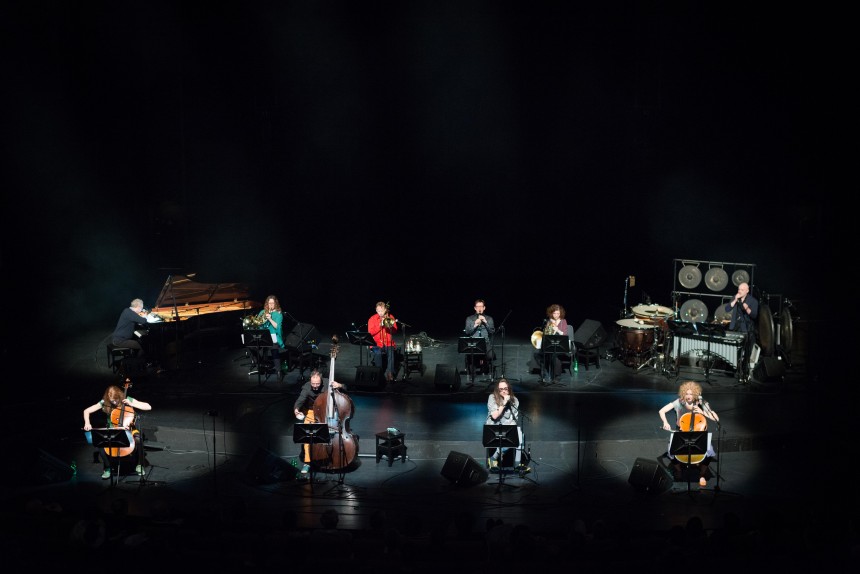 From minimalistic set up to extraordinary executing on the stages. This year’s edition of the annual festival MaerzMusik in Berlin was a hydra of different kinds of political critique of modern culture through contemporary music and sound. Sandra S. Borch highlights a carefully selected set of key performances during the 10-day long festival.

MaerzMusik has a long and proud tradition of curating the elite of the contemporary sound. Throughout the festival’s existence, organized by the Berliner Festspiele since 1967, the bill has been shared by composers such as John Cage, Karlheinz Stockhausen and Sofia Gubaidulina together with electronic pioneers Ryoji Ikeda, Aphex Twin and many more.

This year’s programme ranged from extreme beat-salvos by Mark Fell and political elegance by Terre Thaemlitz aka Dj Sprinkles to gentle ambient and atmospheric noise infiltrating Berlin’s previous power plant at Kraftwerk. The festival was centered around one theme: Time Wars. Guiding the audience’s attention towards the dispossessed temporalities of of migration policy, gender-identity, environmental-issues etc, by a wide range of musical experiences, workshop and artist talks.

One of the festival’s focal points was the Japan-based, American-born transgender artist Terre Thaemlitz aka DJ Sprinkles, anyone who is family with her work will know his ability to connect music to a strong politically-charged philosophical approach. This evening he stages the uncomfortable truth with nothing but grace by presenting two pieces together with Zeitkratzer-ensemble (photo above). Both pieces were from Terre Thaemlitz’s conceptual release Deproduction from last year.

The first piece “Names Have Been Changed” was a melodic and melancholic piece yet it was packed with moments of drama. Terre Thaemlitz sat in the center of the stage carefully keeping things leveled but occasionally got feverishly hyper while screaming statements like: “shut up!” and “why don’t you like me!”. The ensemble played the familiar sounds of birds humming and while the gentle sound from the strings was interrupted the angry screams, it painted a picture of evil between love ones. At all time on the tipping point of destruction.

The second piece was “Admit It’s Killing You (And Leave)”. With cascades of piano, Terre Thaemlitz repeated the same passage saying: “So, these people are very religious and very anti-gay. Excuse me, they are pro traditional family which are under attack by the gay people just being around.” The passage is a quote from the American comedian Paul F. Tompkins that mocks the suggestion that gay peoples’ empowerment might lead to the end of the families. Provided an analytical discourse of trying to break apart oppressive institutions. The political message mellifluously resonated beyond the stage.

Both pieces was emotional charged scores and performed in a highly sensitive manner filled with contradiction between gentle strings and frightening screams. It was a pure pleasure to witness the ensemble execute the piece to perfection. Terre’s being, talk and performance was the festival highlight. 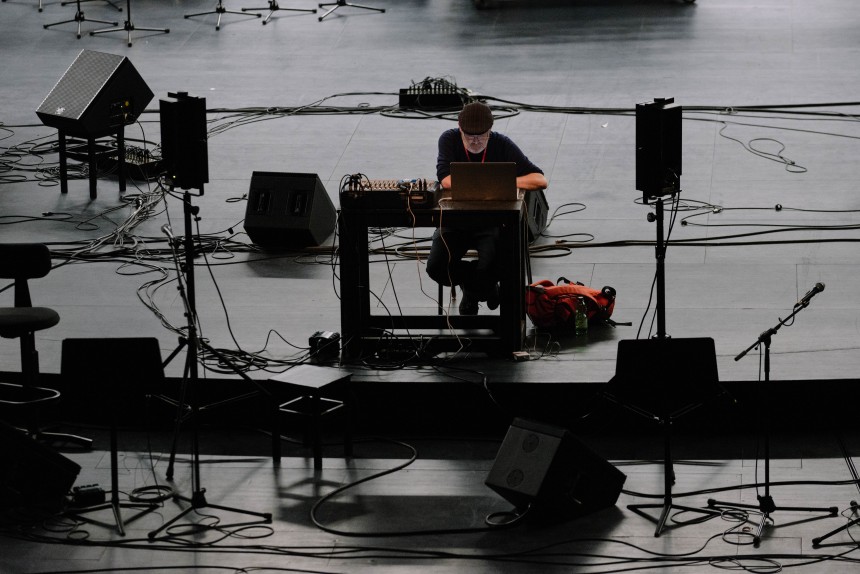 Re-entering the concert hall after the break the stage backdrop was removed and the entire backstage was made visible for the audience. In the middle of what now was a huge stage, was placed a small table with a laptop.

Mark Fell is known for thorny computer-music. Together with artists such as Russell Haswell, Errorsmith and many more he has been frontier for what some might call deconstructed club music. By taking traditional elements from dance music and deconstructing or reshaping them into microscopic sonic phrases and at some points brutal chaos. The performance “Multistability live (microtemporal works)” by Mark Fell included all that. His performance was filled with patterns of ravey synths tones together with crispy claps and kicks. In between brief momentsof recognizable rhythm he shifts patterns and expand the language of contemporary dance music to the computer threshold. And put the festival’s theme and reflection of temporality to the next level.

The festival’s grande finale took place on March 24-25 at the former power plant Kraftwerk and co-presented with Berlin Atonal festival. With a line-up that including The Necks, Tomoko Sauvage, Huerco S, Colin Stetson and Lustmord, this served as a festival within the festival. “The Long Now” was a metaphorical connection to to both the ambient genre and the fact that it lasted for 30 hours non-stop.

The space was packed with beds where the audience temporally had made nests with pillows and blankets for the sleep over. The atmosphere was partly intimate and peaceful at the same time as cold and almost hostile due to the large scale of the building and the minimal lightning. However the peaceable dynamics from the sound of the audiences resonated and become a piece of ambient itself during the change over. 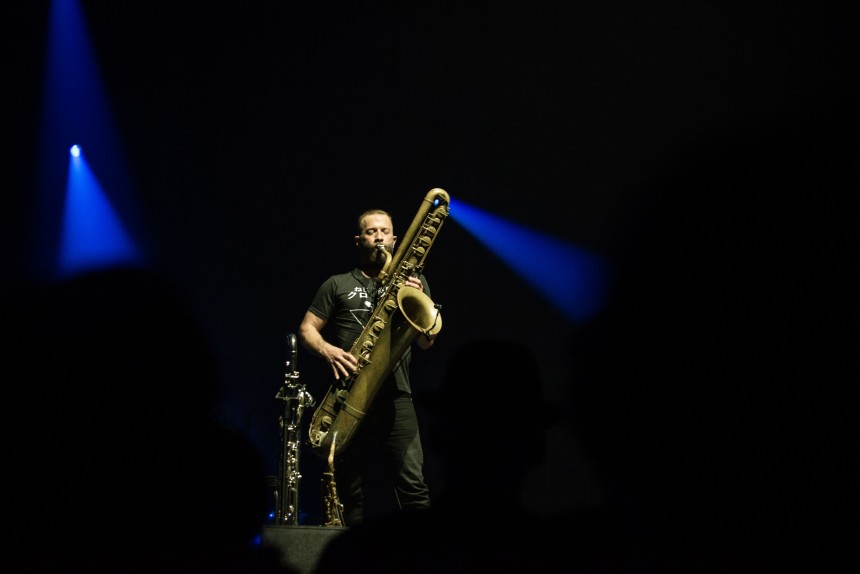 While saxophone player and composer Colin Stetson as a soloist might not be the definition of accessible music, he was clearly a highlight of the evening and a master of performing and somehow very entertainment. Colin Stetson uses a circular breathing technique and he spends long periods crushing the notion of what sound a metal tube can produce by letting his fingers clack on the keys in order to manipulate tone and pitch. Beats, vocals and synths all together seemed to come from his use of this massive instrument. Stetson started out with “Spindrift” from his latest release All This I Do For Glory and number by added both tempo and volume to his performance. His irradiated drones emerging from his saxophone flooded the brick-to-stone hall.

The last note from The Long Now came from Brian Williams under his alias Lustmord. He showed a much darker side of the ambient sound with immersive noise drowning melodies that never ends.

Many more performances during the festival showed MaerzMusik’s excellent ability to connect theme, sound and space and a high level of knowledge and willingness to push the new boundaries of the avant garde. 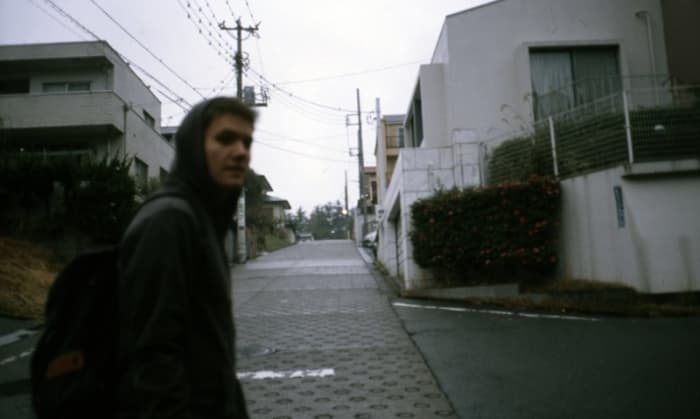 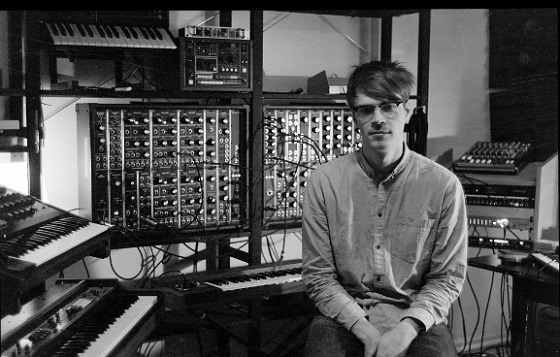 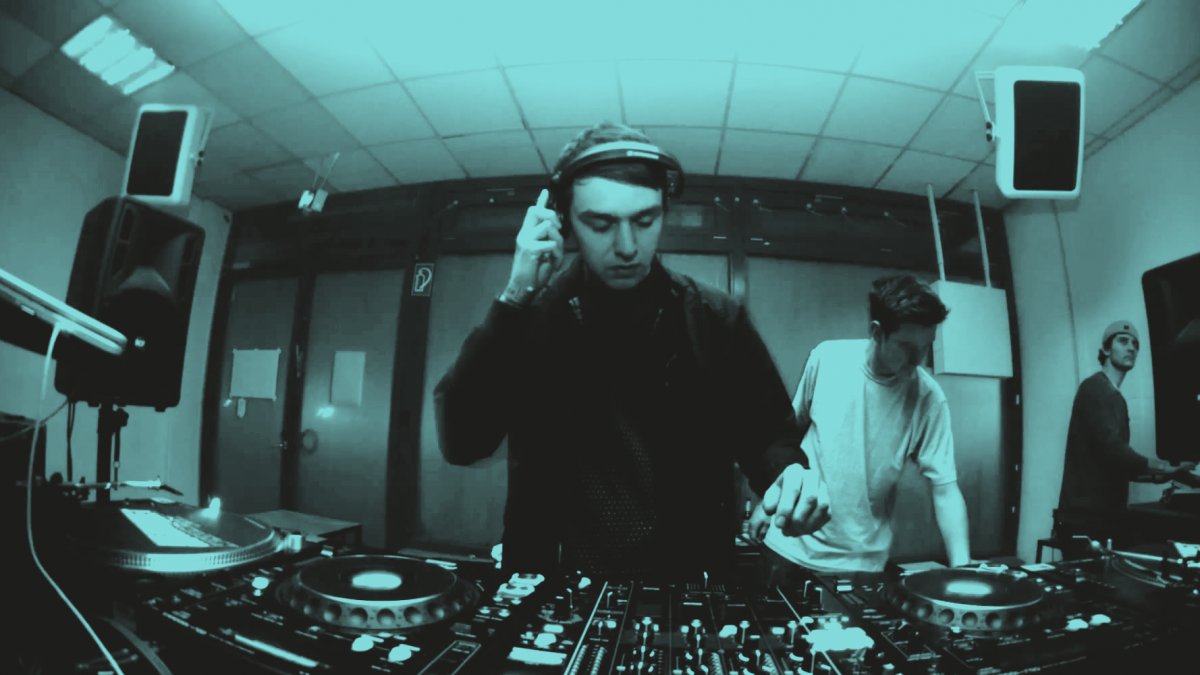