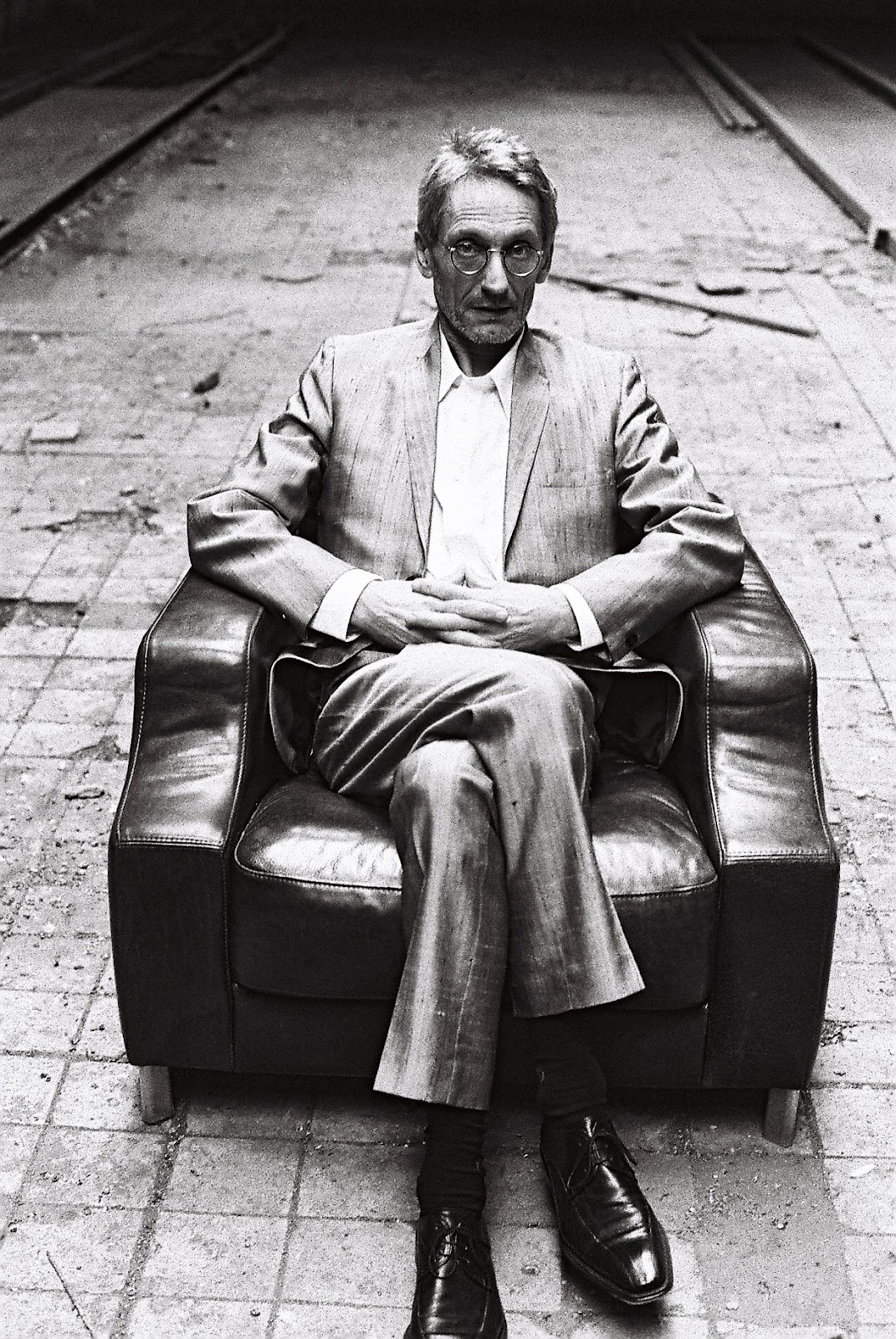 Manuel Göttsching played the guitar in the groundbreaking krautrock groups Ash Ra Tempel and Ashra, and created the electronic milestone “E2-E4”. In March, he guested Copenhagen’s Jazzhouse as part of a series of events arranged by the internet radio The Lake. Passive/Aggressive met with him, just before he was about to enter stage, to talk about inspirations and making music.

P/A: Like Michael Rother and Tangerine Dream last year in Tivoli, this is your first ever visit to Copenhagen. I have a feeling that so-called krautrock is far more popular now, than when it was made. What are your thoughts on that?

Manuel Göttsching (MG): “It started at the end of the 80’s. For example, if you take “E2-E4” [recorded in 1981, but held back by the record company until 1984, because it was too ahead of its time, ed.], it had been growing over many years, and there were so many people in the 90’s, refering to that album, refering to music of the 70’s. I don’t think it is a new movement, just a continuous movement. It is going on and on. It was a period when many really interesting types of music were arising, especially in Germany, because of the situation. We had a cultural disaster after the Second World War. We had to rebuild culture because most of the interesting people were either killed or emigrated. If they could. In the 60’s, the demand from young people to create something new was very strong. I wanted to create something new. New art, new music. Many different types of music were arising, which was later called Krautrock, and that’s a nice name, but it had not very much to do with rock. There were very different people from free-jazz, avantgarde, folk music, electronic music, and crazy, but also very creative music was arising. Young people look at the past, but it is not just today, it has been a longer time.”

P/A:Just like you said yourself, you had to reinvent yourself. Krautrock was for many a ground zero when it comes to inspirations. However, I think there has always been a certain influence from black music in your style of playing guitar. First it was the blues, later on it was disco, soul, funk and jazz. Who inspired you?

MG: “First I started with classical guitar. I was really trained in classical guitar for many years. I like to play that and études. Later it was electric guitar and the blues. Of course it was Jimi Hendrix and many British artists like Eric Clapton, Peter Green, and Jeff Beck. It was not only for the guitar, it was the whole feel for rhythm. I don’t know why, but I was always fascinated by soul music, rhythm & blues, Caribbean, South American music. Later I became interested in African music. I never tried to copy it, though.”

P/A: One of your colleagues, Klaus Schulze, once said that you spend as much time as Kraftwerk, recording your own albums, but when you collaborate, you can create magic instantly. Why is there such a difference?

MG: “When you play music, you have several possibilities. Either you make very spontaneous music and improvise, and often it is the first take that is the best. On the other hand, I am very rationally thinking. I like to compose, I like concepts. When I work on concepts, like for example “Inventions For Electric Guitar” (1975), I compose, record and mix. It took about five-six months. “New Age of Earth” (1977) was nearly the same. “Blackouts” (1978) took one week recording, and two days mixing. The other extreme is “E2-E4″. I just played it. I played it for one hour, I didn’t overdub, I didn’t play anything more, I didn’t re-record anything. It’s a kind of live recording, I didn’t change anything. It depends on what you want, it is personal choice. Sometimes I don’t think too much about it, but suddenly it is just great.”

P/A: Your first solo album was called “Inventions For Electric Guitar”. It suggests that this was groundbreaking stuff. Can you tell us about what you invented for that album?

MG: “It was a way of playing guitar, no one ever did it this way before. So that was the invention. Electric guitar was before considered an instrument in rock music. I’ve never heard it considered as a classical instrument. Because of my training in classical guitar, and interest in classic music, I thought ‘why not?’
You can bring the electric guitar to a different level. For this purpose, I thought I had to make something, specially for the guitar. I used only the guitar as a sound source, nothing else. I didn’t use any other instrument. At the time, I liked the early minimal music by Terry Riley, Steve Reich, and Phillip Glass. Especially Terry Riley, he was playing organ with delays. Very simple technique, but a very high standard of playing. I thought, maybe I could invent something in this way for the guitar.”

P/A: You mentioned Steve Reich. My favourite album of yours is “Walkin’ the Desert” (1990). On that album you go from Reich-like minimalism with two pianos to samples of Indian music and new age, and the record concludes with a very sentimental guitar solo. What is your opinion on that album? It doesn’t get mentioned so often…

MG: “Yeah, that’s a pity! I don’t know why! Originally it was composed for a performance in Berlin. A concert with lyrics, spoken words, about the desert. It was broadcast in Germany. I made a special composition for this. During the production, I recorded a lot of it in longer versions. I took four pieces, and I thought it was a good idea to make a record or CD, including an additional piece. It was released on a small label one year after the concert. It was only released in Germany, I don’t know why.”

P/A: After six years in the making, Christian Wheeldon’s biography on your musical life is now being printed. What can we expect from this book in terms of content?

MG: “It’s a very precise description of the records and each recording. He describes very much the music. The book was his idea. I didn’t have so much time to talk with him, but he writes very precisely. He talked to [Ashra members] Harald Großkopf and Lutz Ulbrich, but we could have talked a little bit more. It’s mostly about my music, so it is not a very personal book.”

P/A: Just before the concert, could you tell us what the difference between a Manuel Göttsching and an Ashra concert is?

MG: “It is the difference between a solo performance and a performance with a group, band or orchestra. If you have a group of people playing, it is different than when you have a solo performance. Solo performances are always a bit limited, even if you have 50 instruments around you, you can not play all of them at the same time. It’s the energy and power of one person. I try to make the music different. With “E2-E4″ I played it all at the same time, and obviously it worked. It is not boring, it is fantastic. It had structure, energy and floated over 60 minutes.”

And that pretty much sums up the character of the concert in Jazzhouse. Manuel Göttsching was in great form, and the hypnotic quality of the music mesmerized the rather young audience. I was told by the management that Manuel never knows what to play before he hits the stage. The inspiration from the black music was particularly present in the version of “Shuttle Cock” from “Blackouts”. Nothing from “E2-E4” was to be heard, but the approach was there in all the pieces performed. Manuel Göttsching is legendary for his way of blending electronic music with exotic and passionate guitar playing. And judging by the present crowd in the sold-out Jazzhouse, his legacy will carry on through generations to come. 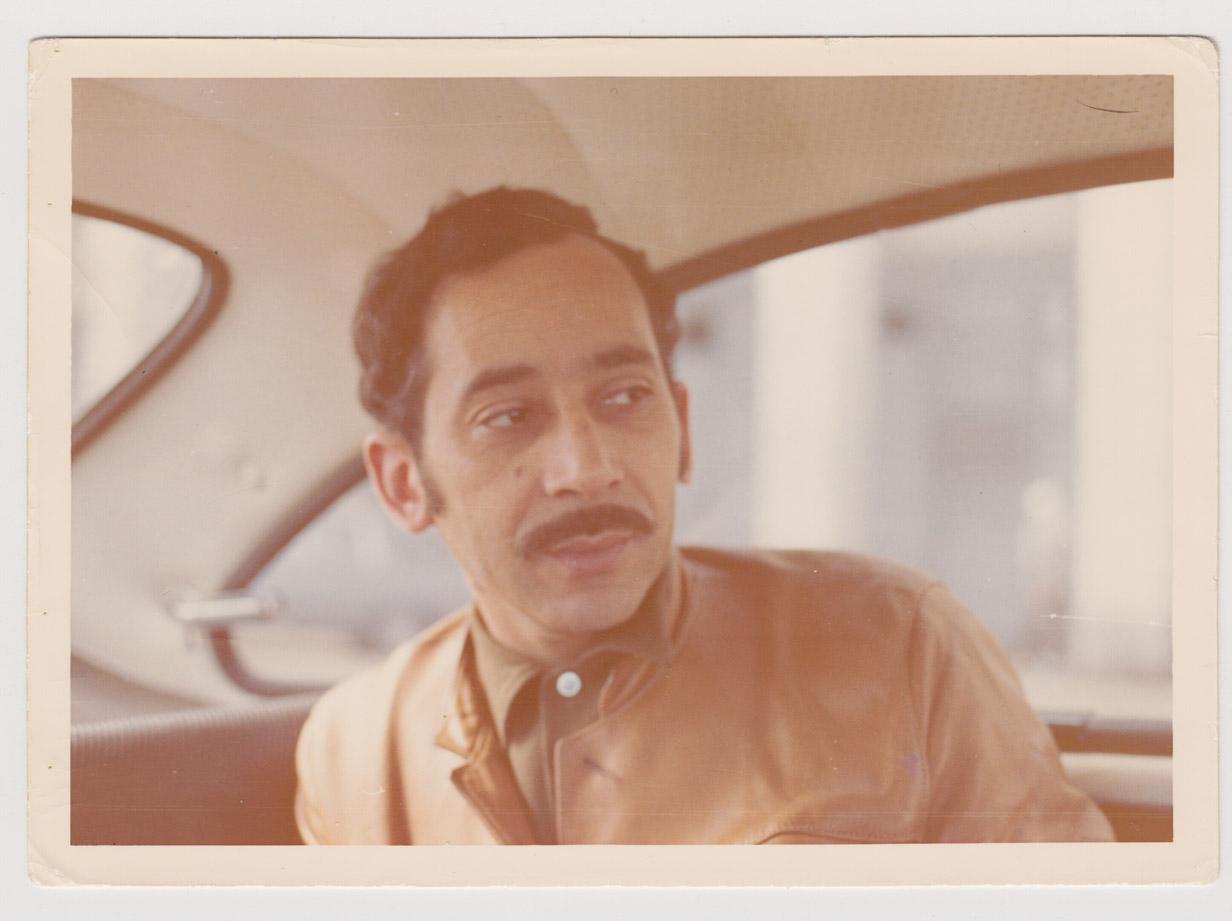 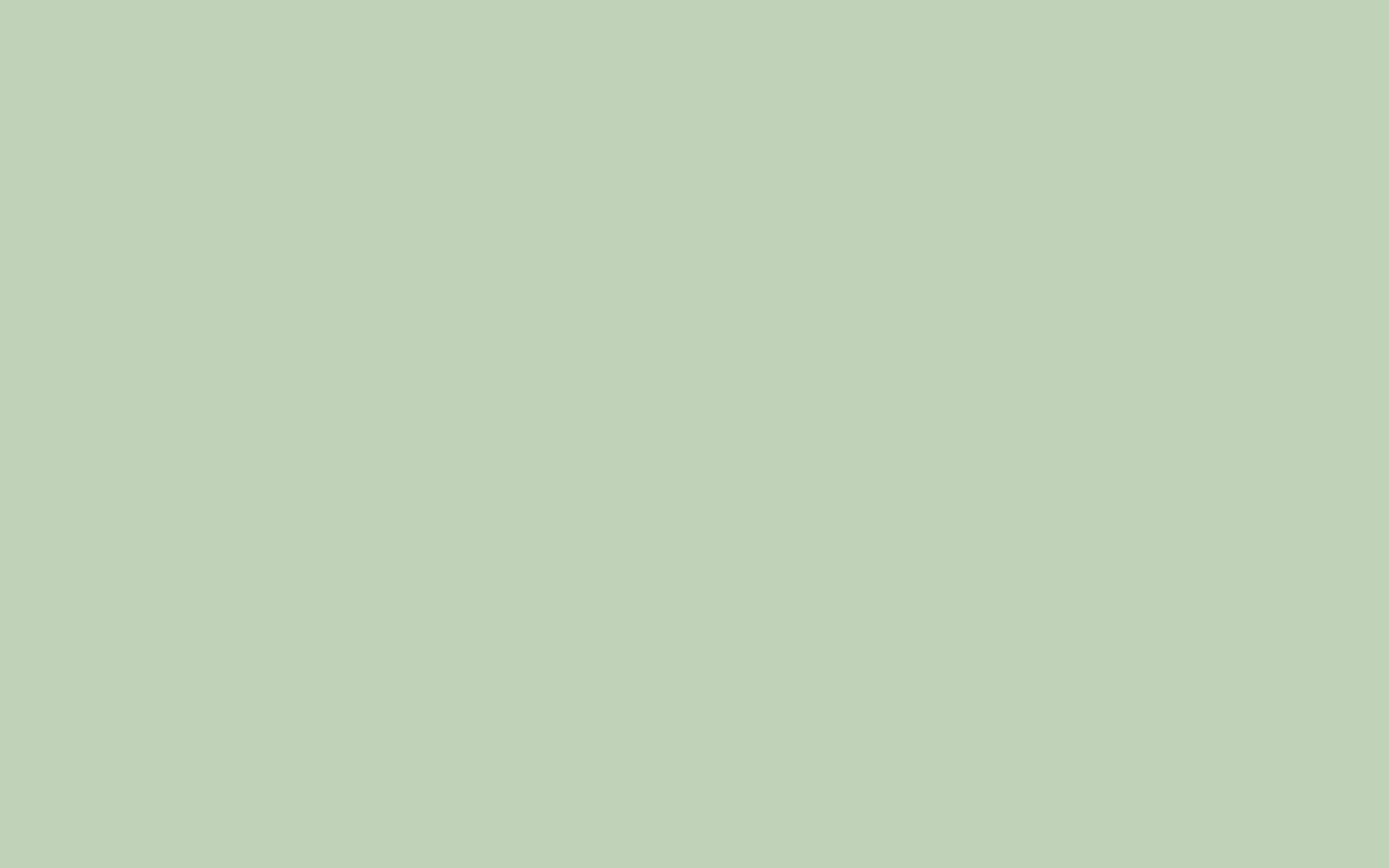 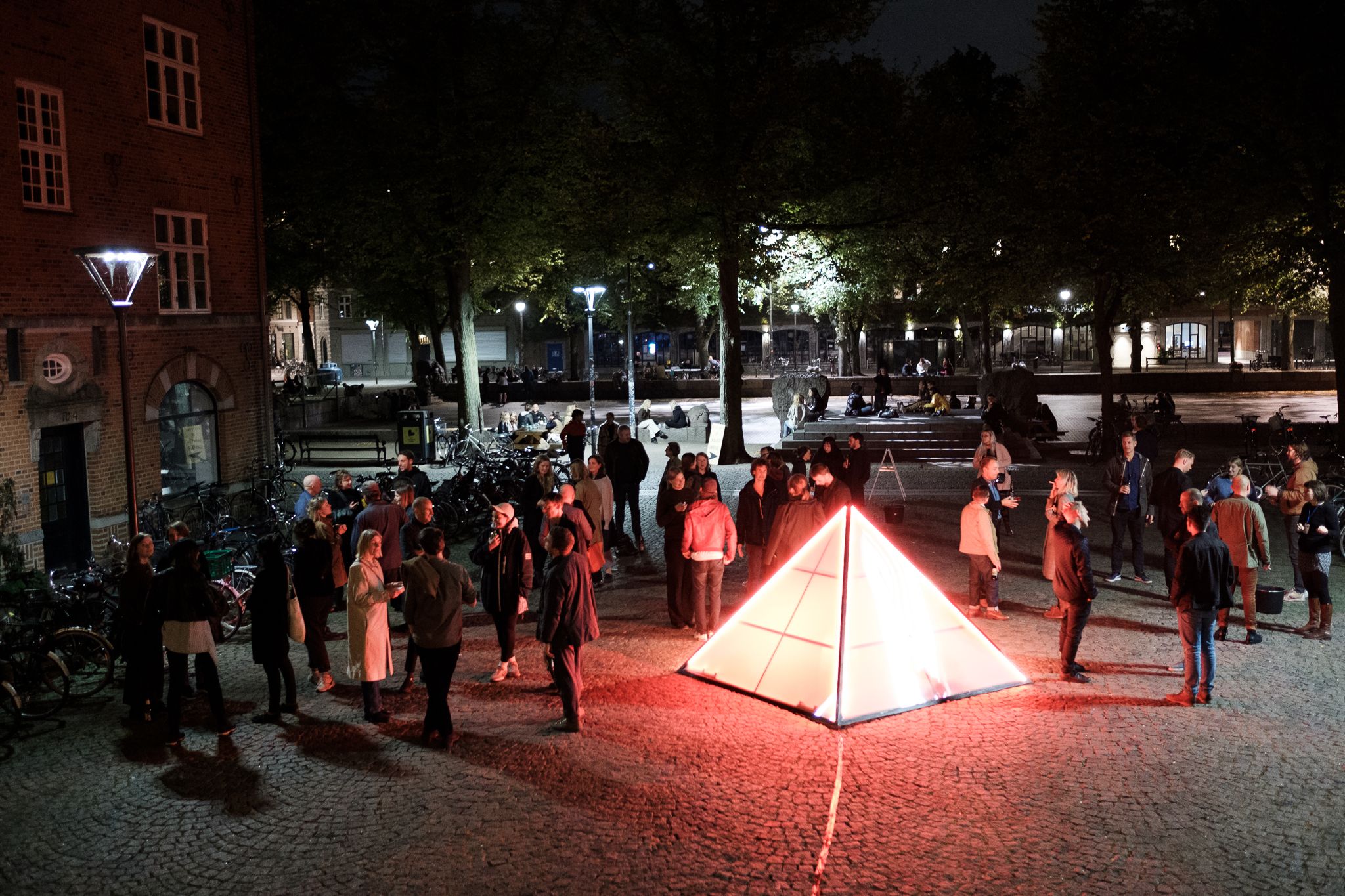