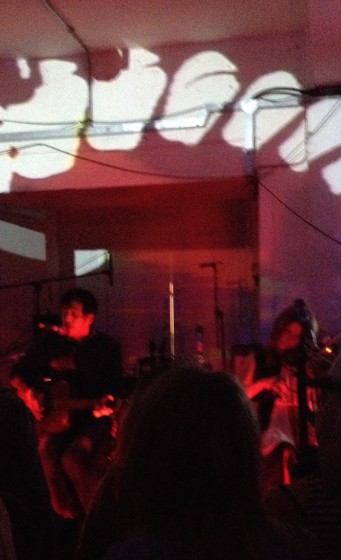 P/A: I watched your performance at Liverpool Psych Fest 2014. It seemed to be a very emotional experience for you. What do you experience when you play in front of an audience?

Christopher Porpora: “It was — it always is. I find playing music a highly charged moment, whenever and wherever I play. The trick is always how to hold it together. And the tricky thing is that the trick always changes, as all things must and do. Sometimes it’s focusing on one spot in the room, or closing the eyes, imagining some sort of graceful, gentle force which holds me as I play, which gets me through. Other times it’s other things — unprintable here — other ways of being.

The show in Liverpool was particularly overwhelming as a result of many things. A dear friend of mine had recently passed away — and that was very much with me — it still is. Also, Pete Kember and Alison Cotton were on stage with me, both playing devastatingly gorgeous swells of music, which could have easily swallowed me into some luxurious death. Under such circumstances, I do hang on best I can, trying to play the songs all the while.”

P/A: Pete Kember (Sonic Boom) plays a significant part in Cheval Sombre. He has produced both of your albums and also joined some of your live performances. How did that collaboration come about and what does he bring to Cheval Sombre?

CP: “Indeed, he has. What does he bring? An exquisite beauty — depth of colour, shades. He brings distraction — and he has told me so — but let me explain. I have encountered much generosity in this world I should say, and just recently was asked which musician I would like to see most give a performance. The price of the ticket not a worry, the venue, the country, the time, the place — all mine to decide. I thought about it seriously for a few minutes, considering this rare offer.

I had always wanted to see Leonard Cohen, and I did, luckily, a few years ago. Who else, I wondered. And I said it — it would be Pete. His music struck me when I was very young. And it helped to redeem a life which I suspected might be drab, empty, lifeless. So playing beside him has always been a deliverance. When the beauty of our worlds come together something extraordinary comes forth. If I can’t catch him on his own I suppose I do so when we play together. I must do. The sounds he produces make the moment better for me, as they always have. But he is the one who reminds me not to get distracted when we play. He doesn’t like my songs to suffer while I am getting lost in his parts.

So. If we play together, I have learned to keep his monitor pointed away from me. Still, I soak up much of what he is doing. Our collaboration goes way back now — 10 years. I wrote and recorded songs that would later become my first album and sent him the demos in September of 2005. Since then? Well, it is all very hard to articulate. There has been much magic. Perhaps I’ll leave it there.”

P/A: Last year some songs from “Mad Love” were remixed and released as “Madder Love”. This brought beats into the soundscape, which is unusual for you. How have these remixes affected your way of looking at your own music?

CP: “Without a doubt, those three gents enhanced “Couldn’t Do”, and wonderfully so. Some have critiqued my records for lack of percussion, but that was always intentional. There has always been a certain amount of leeway given to the timing of the songs, for better or worse, in favour of another kind of flow. I was rightly impressed that Justin Robertson and Richard Norris were able to rope “Couldn’t Do” in for tracks so deft, so steady. Tom Furse went way out, not unlike what I did for “Someplace Slow”, but with a different medium, for an elegant result.

The release itself confirmed some strong beliefs I have always cherished about music — that music is beyond genre, and that music is often not what it seems to be on its surface. The press is often careless and frivolous in its relentless critiquing and categorizing of artistry far beyond its own merit. Music is music, and all it takes to be elevated is one listener who connects and communes with it. And then folk music becomes dance music, or dance classical, or classical pop, or even pop traditional, and so on. Music has always existed for me beyond the pettiness of labels and (even of) language in a far more, shall we say, whole, or holy, place. How fitting that Sonic Cathedral (the label of Cheval Sombre, ed.) should have imagined such a thing.”

P/A: You released a collection of poems before you started making music as Cheval Sombre. What does poetry mean to you and what role does it play in your musical work?

CP: “There were two collections — “In Mine Eyes” and “Becoming”. Poetry has always held great mystery for me. I can recall pulling books of poems from shelves as a child and feeling as though I was stumbling upon some sort of secret language which contained answers to questions no one was bold enough to ask. Even if some of the words were beyond my grasp, I could feel something emanating, almost whispering from the pages. I still feel that way when I open, say, something from Yeats. Like I am on the verge of being illuminated — like something secret will be passed along, if I just listen carefully.

I have always written in the tradition of passing along some of these things, unsayable as they often are. I’ve a new one out in the latest Chronogram, a Hudson Valley magazine which is distributed freely in the streets each month. I have always been partial to Chronogram doubly because it is accessible to anyone in the street and is still in actual print. To hold a poem in one’s hands can be a terribly tender experience; to be able to fold one and put it in a pocket before heading out can be, well, glorious.” 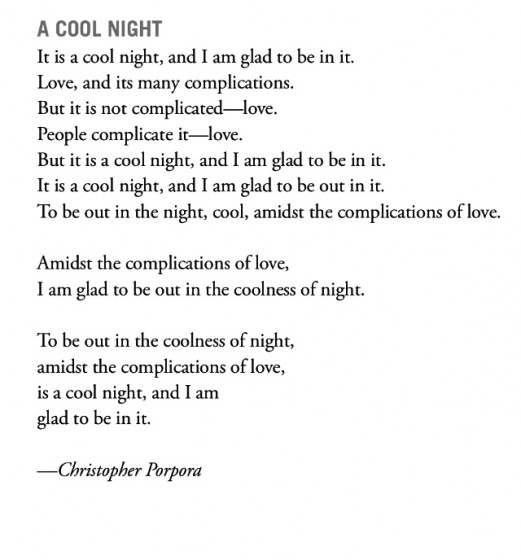 P/A: The idea of “mad love” (l’amour fou) is also known from surrealists Louis Buñuel and André Breton; the irrational all-engrossing love that ultimately can never be realized in this world. This seems to be a recurring theme in your songs?

CP: “Yes, of course — Breton. When the title of the record revealed itself it to me I soon after got worried, remembering “L’amour fou”. I didn’t want to steal from him. So I had one of those talks with myself where I pushed and explored and pressed for the truth, and was relieved to find that the title occurred to me before recalling any precedent. It was not a translation of his but a spontaneous blossoming of mine. But it is ubiquitous, isn’t it. The condition.

P/A: This concept is also reflected in the cover art for “Mad Love”, which was inspired by the frantic and distressing love letters of Emma Hauck. Did her story play a part in the making of “Mad Love” or did it come afterwards?

CP: “Oh, her story came after the record was finished. But Sharon Lock, who designed the cover, made the connection between the music and Hauck’s letters. Unsurprisingly, the cover art perfectly captures this — condition — we have been speaking about. I say unsurprisingly because I believe Sharon to be one of the most exceptional, intuitive artists working today; up there with Breton, without a doubt. Incredibly, she had not even heard the record before moving in the direction of the Hauck-inspired cover. She had designed the sleeve for the “Couldn’t Do” single on Trensmat Records, and I suppose that was enough to suggest the direction she took. It was perfect, really — a seamless merging.”

P/A: You’ve only released two albums and a handful of singles over more than five years. Any plans for future releases at the moment?
CP: “I don’t know. It’s a strange time. I’m working on some new songs at the moment in the studio, very carefully, very slowly. Perhaps I’m after a perfection of a kind. Sometimes I fear that I am just getting quieter and quieter. Silence is there sometimes calling, too.” 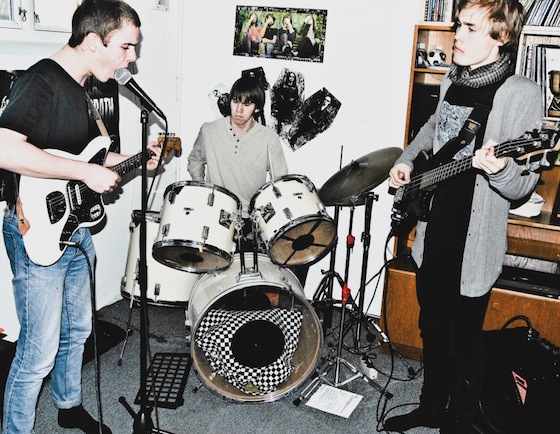