Though having existed for more than 15 years, the forthcoming album, “Low Distance”, is only Deaf Center’s third full-length release. Since the Norwegian duo released their first EP, “Neon City”, their output has been somewhat sparse due to the geographical distance between its two members and their wide range of other collaborative and solo outputs. Since the start of their collaboration Erik Skodvin has recorded music in his own name and as Svarte Greiner and also produced and released music on the Miasmah label, while Otto Totland has collaborated with Huw Roberts under the Nest moniker and also released two solo piano records on acclaimed Berlin label Sonic Pieces.

The duo’s sound has definitely evolved throughout their existence, from the more organic and murky sounding “Pale Ravine” to the abrasive strings and heavier sound of 2011’s “Owl Splinters”, they have been operating within the realm of the dark ambient, post-classical and drone-heavy sound, which they have played a considerable part in developing and demarcating. However, “Low Distance” certainly marks a new direction in their collaborative effort.

While the tracks are still centered around Totland’s piano and Skodvin’s strings, “Low Distance”  introduces a varied use of analogue electronics which helps create a warmer and more approachable sound. The unmistakable melancholic feel of Deaf Center is no less present than before but it has found a lighter, more spacious and less eerie form of expression. This development seems only natural in the light of their most recent solo recordings and the fact that recording sessions took place in Nils Frahm’s Funkhaus studio.

We have asked Erik Skodvin to tell us about the forthcoming album. This was what he had to say about the work process and the dynamics of his and Totland’s collaboration:

The amount of time between our records seems to be expanding. We don’t plan to have such long breaks. It seems to happen naturally. We both live in different places and have different lives, so we don’t just meet up and make music together. These days it needs to be something special to put us together in a situation where new music will come out. Usually this happens the few times we play live – as we mostly improvise. This time, we got a chance to use Nils’ new Funkhaus studio for some days while he was away, back in the summer of 2017. The basis for the album came out of these days. “Owl Splinters”was made together with Nils as a co-producer back in 2011. This time we just used his studio together with engineer Antonio Pulli for a three-day session, which was a both fruitful and frustrating experience.

The change of sound or direction is also a rather natural progress I’d say. It still feels very Deaf Center to us, but the record came out more restrained this time than with “Owl Splinters”. I have no real explanation behind it. But not everything has to be loud or in your face to have some sort of personal frustration. I feel our music was often about escape, both on personal terms and with the world itself.

“Low Distance” feels more tonal/atonal, spacious and electronic to us than our previous albums. This also comes out of the custom made “Miasmachine” built by Derek Holzer, which became a bigger part of my live setup. A residency I had at EMS studios in Stockholm was also a big influence. The record was partly mixed and recorded there, including some Buchla sounds. These factors made their touch on the album, as well as Otto’s increasing development as a piano player and improviser.

Actually, several of the tracks on the record are fully improvised pieces with few additional elements added to them. On the other hand, some other pieces are collaged together in extreme detail. Deaf Center is often about contrasts fighting towards a meeting point.

“Neon City“ was for sure a turning point or more of a focal point in our sound. We’d both been making music for years seperately in basements with computers and samples. That EP somehow made our sound come to a culmination, something that had a unique voice that we could follow.

This was shaped even more with “Pale Ravine“. Back then it was a lot of sample-use and looping / layering with lo-fi techniques. I tend to collage, pitch-shift and layer sound in a distance. I’m still doing this, though in a different way. For me our meetings as Deaf Center make me think somehow less abstract than with Svarte Greiner or in another collaboration. Deaf Center has become my more available project. For Otto I feel it’s a bit the other way around. His solo piano albums are timeless pieces that can be enjoyed by practically anyone. So for him, Deaf Center could be seen as a more abstract way of incorporating piano into an album. It becomes a more loose way of improvising and exploring sounds rather than thinking melody and composition, although this mixes sometimes.

I feel the Deaf Center sound is following me more in the recent times when I’ve been making music for film and I don’t need to think project-based. But personally I enjoy exploring sound too much to only stick to one thing.

Info: ”Low Distance” will be released by Sonic Pieces on March 22. Deaf Center will play live at Mayhem in Copenhagen in August 2019. 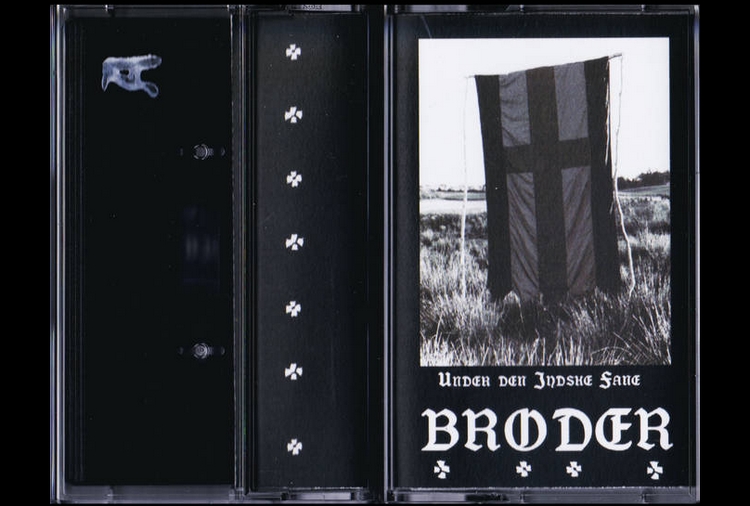 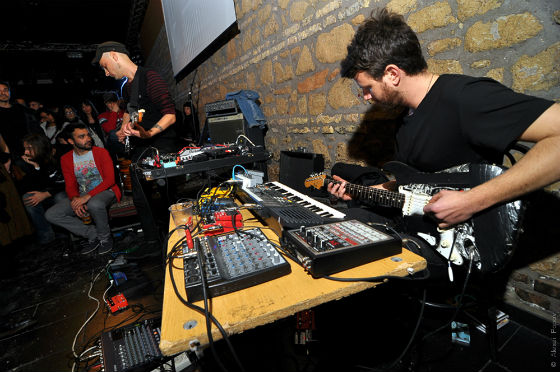 previous post: These New Puritans – Music critique as an art form and the end of the world as compositional imperativenext post: Extremely Rotten – Copenhagen is an all year round death metal-fest (interview)