This Saturday Extremely Rotten Productions hosts a death metal summit at the Mayhem venue in Copenhagen, with a lineup of some of the most vile and forceful danish bands ruling the death metal underground right now. A second infestation will take place at Pumpehuset in May! Full info below the interview.

Founder of Extremely Rotten Productions, David “Torturdød” Mikkelsen, is also a founding member of the bands Undergang and Phrenelith (and others) with several releases on some of the most respected contemporary death metal record labels out there. So why would he even bother to start up his own label and open a physical store on the outskirts of Copenhagen? We asked him about the current state of rotten death metal in Denmark.

P/A: The underground death metal scene seems stronger than ever in these years – also thriving in Copenhagen with a flock of new local bands doing well, and an abundance of international bands and tours coming by all year round, which is topped off by the internationally recognized Kill-Town Death Fest of course. Extremely Rotten Productions and your bands seem to be involved and/or mentioned in almost everything related to underground death metal here. Feeling guilty? And how did this happen?

E.R.P.: “I don’t know much about that, I just try to focus on doing cool things that I like and love with and for my friends, both locally and internationally. I’ve always felt that a good way to make sure a friendship takes a step further than “just” going out drinking together could be to play in a band together or at least me helping the bands of people I like. Death metal is a big part of my life so I just enjoy doing what I love and create something fun along the way with people I like and/or respect for their creative outputs, I’m happy if people out there take notice and like it too. In the end, I’m a simple man with simple needs and pleasures, really.”

P/A: Undergang releases have been coming out on some very distinguished death metal underground labels in recent years (Me Saco Un Ojo, Dark Descent, Xtreem Music) and have been received with positive evil praise all over the world. From an outer perspective Undergang seem to be well represented business wise. So what was the motivation and idea of starting up Extremely Rotten Productions?

E.R.P.: “It’s really cool that Me Saco Un Ojo Records and Dark Descent Records has gotten to be big underground death metal labels now and I’m happy to be a part of their band family, it’s also funny since our debut album with Undergang “Indhentet af døden” was released on LP by MSUO back in 2010 as the labels only second release.

Jesus of MSUO suggested that we released a flexi 7” supporting our first US West Coast tour in 2011 through MSUO and DDR to help get the word out in the US too and during our show in Denver on that tour Matt of DDR drove out to see us, and I met him there the first time, where he said he was interested in releasing our music in the future when our deal with Xteem Music had ended. So we stayed in touch and when our 2-albums deal with Xtreem Music ended after our second album “Til døden os skiller” in 2012, we started working on our third album which would then be the first of the continued relationship with MSUO and for the first time DDR. So, the way I see it, MSUO and DDR and Undergang have grown together into what all parties are today and I’m very excited about the whole thing.

But back to the question about Extremely Rotten Prod., I actually started up the label in 2011 to release a cassette tape called “T.D.O.S.” as a promo/teaser for the second Undergang album, just in time for the mentioned West Coast tour above. I had run a distro since 2006 before that I had a bit of a network already, besides what I had build up with Undergang up till then too, so I managed to sell (trade, give away… whatever?!) more than what I recall as 800 copies of that “T.D.O.S”. promo and thought it’d be fun to continue doing tapes of my own music and expand to other releases I liked (like re-issuing Corpse Vomit “Drowning in Puke” as our only second release) and friend’s bands as I wanted to support. It it was a bit on and off for the first handful of years, but then I started it up a bit more aggressively in more recent years.”

P/A: Despite physical record stores closing down everywhere, you opened a record store on the brink of Copenhagen (Grækenlandsvej, Amager)?

E.R.P.: “Yeah and we’re getting close to having been open for a year soon, we had our first official opening day on June 9th 2018. Sadly I’ll be out of the country as an extended trip away, when Undergang plays our first Canadian show in Calgary at the same time, so I guess we’ll make a bit of a delayed first year anniversary when we’re back. The growing stock of the distro and merch for my bands had started to overflow my living room, so it was taking over our lives at home for my girlfriend Jenny (whom I also run the E.R.P. store with) and I – so something needed to change. I’m pretty sure she would have strangled me and buried my body in hundreds of shirts if we would have stayed there anyway, haha.

So we started looking for a new and bigger place to live and came by the joined apartment and store on Amager where we’ve now moved to. Financially, if I was trying to run a store as my only income and specializing in death metal I’d likely been out on the street already, but since I still work part time in some loser-job as the loser I am and we live in the back, I can afford running the store and paying for my share of the bills of everything too. This also explains why we’re only steadily open on weekends, except when we’re out playing with Undergang, Phrenelith or away on vacation and such. We do the occasional opening hours based on appointments too, if people can’t reach us in the weekends. So if you’re reading things and thinking that Fridays and Saturdays are not good for you but you’d like to visit our death metal store, drop us an email and we’ll work it out.”

P/A: Extremely Rotten Productions are hosting shows at the venues Mayhem and Pumpehuset. How did this come about? Can we expect this to be a regular event?

E.R.P.: “I don’t really enjoy doings shows, or festivals for that matter, but I decided that it’d be fun to host shows which (in my own selfish way) is a gathering of my friends playing in bands that I like, so we can play together and make a fun evening out of it together with anyone else that cares. Dealing with people in bands that I don’t know, I feel like I’ve done enough and it always makes me a feel a bit uncomfortable, so this time around I just want it to be fun and try to mainly deal with people I already have a relationship with.

So these first two Extremely Rotten Death Metal shows takes the form, that number 1 on Saturday on March 23rd is with our ‘local’ scene in Copenhagen right now (Taphos, Deiquisitor, Chaotian, Hyperdontia and Phrenelith) at the venue Mayhem on outer Østerbro/Nørrebro, and number 2 (uh huh huh… “Number two”…” ) show will be on Friday May 10th in Pumpehuset in central Copenhagen, where they’ve been friendly and helpful enough to help a slightly stronger economy of the show, so we can bring down Finnish death metal bands Convulse and Cadaveric Incubator. And then our local bands Chaotian and Undergang.

Based on an idea from Pumpehuset’s side we’ll divide the show sort of in two and have Chaotian and Undergang play ‘early’ outside on the Byhaven stage and then later in the evening the show moves indoors where Convulse and Cadaveric Incubator will rip it up on the small stage. I hope that the weather will be with us so it can be a cool day in the sun with drinks in Byhaven before moving inside in the evening. And yeah, we’re already slowly working on the 3rd volume to take place, likely in October or November. So keep an eye gouged for our extremely rotten activities still to come!”

P/A: A quick glance of fellow fans at shows in Copenhagen, shows a well-balanced mix between ‘elderly’ fans from the first wave of Danish death metal heydays in the 90s, and new kids with a more urban and modern approach to the genre. What’s your view of the contemporary death metal scene in Denmark right now – and its future?

E.R.P.: “Having only been a part of things for little over the past 15 years myself, I can’t speak too much about what it was like when death metal was still a new and revolutionary thing, but during my time being involved in going to shows, etc. I feel like things haven’t been this active and happening for the past 10 years than it is now. I’m not too sure about Denmark as a whole, as I sadly don’t hear too much or get too much interest from outside out little nest in Copenhagen, but things here in the capital are good, I believe. We have a decent amount of shows to go to (though lately it has been a bit sparse, haha) and the new local scene with Taphos and Deiquisitor and newer Chaotian and Dead Void, besides my own bands doing our best to leave a mark and share the word, that death metal is a thing in Copenhagen.

There seems to be a decent interest in what we do here in Denmark from what seems like mainly outside the country, but I hope we can raise a bit more interest and support here at home too. With the Kill-Town Death Fest being a thing in the past and then with their resurrecting again last year and this year, I think our country looks like a very happening death metal place to the rest of the world, though it’s only really just the usual 15 people doing things that stand out and gets noticed… At least in my circles. Whatever, what do I know, I like what is going on and I’m lucky enough to get to travel with my bands and see more cool shit and hear that people actually notice what is going on in Denmark right now, more than what we did when, say, Undergang first started being about to go out and tour, etc.

Things are what they are and if you’re not happy with it, do something about it yourself… That’s what I did and I’ll continue to do so for as long as I can imagine right now… To anyones liking or not. 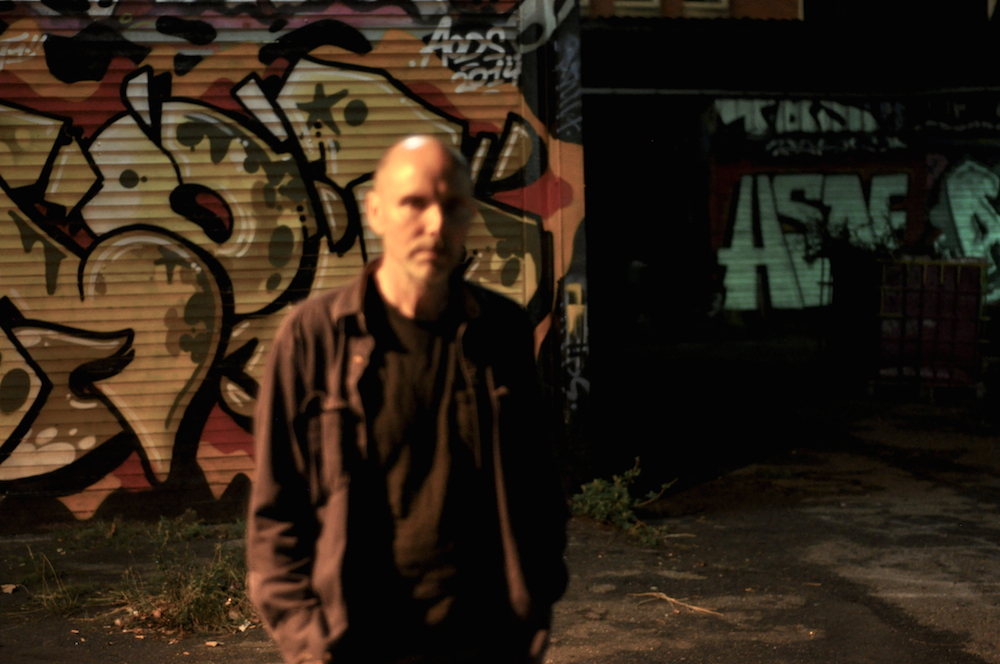 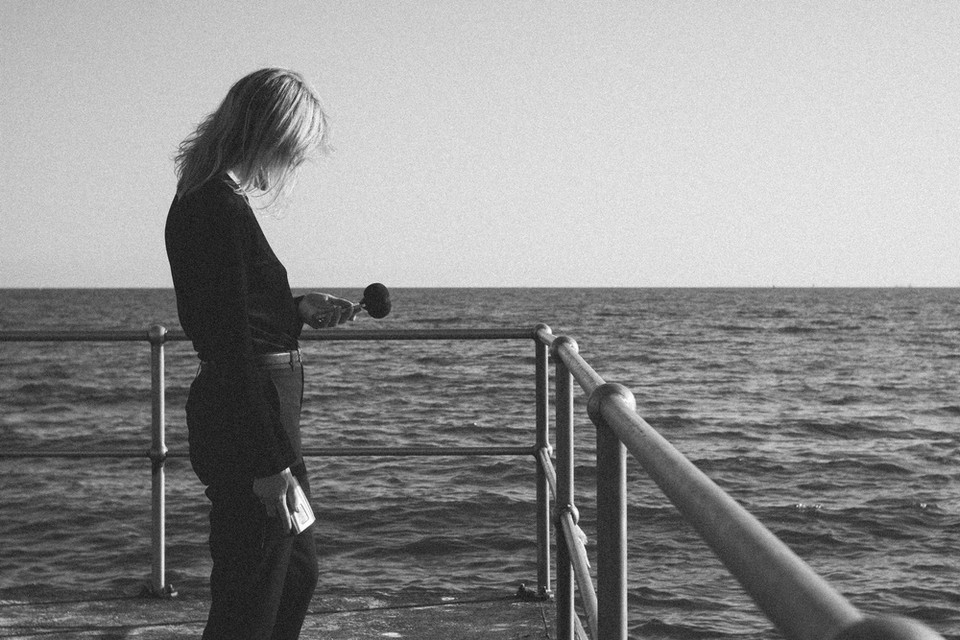 previous post: Deaf Center – Towards a more spacious melancholynext post: ZONE Collective — Getting into the ZONE with Compilation Vol. 2