Most of the crowd have finished their food in the lounge outside of Alice CPH on a mild and breezy spring afternoon. I nibble at a half-eaten chocolate chip cookie just after introductions to Alexandra Drewchin (Eartheater) and her harp expert travel mate, Marilu. It’s been only a couple minutes and we are already discussing the possibility of having my assistant, who also happens to be an opera singer, join her randomly for soundcheck to see if his skills would fit into their performance that evening.

Both fans, we are simultaneously excited and a bit awestruck that this is actually on the table. It’s only the beginning of the interview, and one of us is doing his best sales pitch and the other might end up on stage with a hero before the end of the night!

Things start off cozy as I finish my cookie and we all proceed to a quiet backstage area in the back of the venue to get some peace before we begin. It’s briefly debated whether or not a bottle of Rosé should be opened to accompany the occasion, but after figuring out there is only one bottle we elect to pop it after the performance and sit down for a talk about Drewchin’s work, where she has been, and how she feels about a myriad of subjects.

Getting a release on PAN is not exactly a small thing. The Berlin-based progressive and frequently groundbreaking music label is known for not only curating some of the best music in the greater underground world but also for taking the lead in a tangible way with emerging sound and quality.

“I think one of the things that makes PAN special is that they are not trying to find the EarthEater Barbie Doll that is always going to sell,” Drewchin explains, “They have a lot of respect for artists, even if I created something that wasn’t quite their thing, they respect my artistic output.”

It’s a comforting thing for an artist who has made her name by pushing her own limits and being unafraid by nature to explore her own art through the lens of where her creativity leads her. This was magnified when we referenced her latest performance in Berghain and how visually stimulating the performance was. She was outstanding and unpredictable, but for her, it was another time when she wasn’t afraid to move in a way that felt natural even if it went overboard. Drewchin jokes that it might have been embarrassing, and even at certain points in her performance on the night she would climb onto speakers and into odd situations just to feel it out.

Her most known and important asset is her voice. A natural and visceral thing of beauty, Drechwin is known for utilizing it as an instrument on its own and treating it as an entity in itself. It’s a compelling thing to hear her sing. Thoroughly knowledgeable about how to use her voice and classically beautiful in its own right, Drewchin has carved her own way of communicating with it over time. She not only sings but screeches, screams, lulls and uses it to evoke feelings and atmospheres, not unlike a trained first violin from an orchestra.

Aside from her voice, perhaps one of her lesser appreciated assets is her understanding of instruments and her talent for technically producing music as well. For Drewchin, her voice and sound in production are not two separate entities but go together and feed into one intense experience.

There is a loud noise from the stage as a tech support team moves into the room like the venue hired a team of hitmen. Whatever they are carrying is something large and bulky as they wrestle and clamor onto the stage with it from the back room where we are seated. A technician looks toward our group and asks us, “Hey! Where do you want it?” Our concentration is broken for a minute and we soon figure out that what is being placed for the night’s concerts is a rather large, ornate and grand harp. A real thing of beauty and an instrument utilized to pristine effect in Drewchin’s latest Eartheater album, “Irisiri”, it’s a rare thing to see an instrument of this size being placed on stage for a perceived largely electronic act.

Curious and refreshing at the same time she is keen to go into detail about what live instrumentation means to her as part of her performance process. “We did a lot of live recording with instruments (for “Irisiri”, ed.). I am only very new to using only machines, which is fun, but processing live sounds is what is most natural to me.”

Along with a current wave of progressive musicians returning to physical instruments in what can feel like a trend, Drewchin is quick to point out, and perhaps vitally, “There is a difference between rich and poor musicians and everything in between. There is an incredible revolution that’s happening with media literacy with kids because they have access to computers, they can deliver amazing ideas but they can’t pay the chamber group.”

It’s a sobering fact and one is quickly forgotten in the music conversation at large, but she is quick to follow that community can bridge the gaps where the economy fails. “If you are out there and you are in the scene, you befriend the people that play the cello and the violin … It can happen in many different ways. When I was finally able to afford to pay people, it made the experience so much richer, being able to give back financially is a nice progression for me.”

It’s been 11 years for Drewchin in New York City. According to her, there are many comforts to all the memory and past lives she has spent there. A veteran of the scene in many ways, it’s a credit to her that she was never caught in any particular era or generational sound. Always moving and trying new things, it is interesting that her base has remained the same despite the increasing capability of the current artistic landscape. “I am really blessed to live in a really good space and that’s a rare thing because in New York everything is expensive, and the apartments are shit.”

She explains, “There is something about my space that has enabled me to do my best work. It’s very spacious and there is lots of light, it’s very quiet. I make a lot of things and draw a lot and I admit I am attached to my little universe.”

It’s a sweet thing to hear for someone who has remained in such a demanding city as an artist for so much time. Often, the story of an artist moving so far is one of becoming swallowed by a scene, aesthetic or certain way of doing things. “I put out two full records in 2015, which is where I sort of made myself known and got a booking agent and started touring Europe. It was chronically inspiring to me, too much inspiration at times. I had to process it all before making the next thing. There are moments when I can see I was a bit too influenced by my own scene. I think to be fair however, I am a lone ranger and I have always been doing my own thing.”

It’s a few minutes before the concert begins. Soundcheck has finished and in the end, we got my assistant on stage to do some singing for the opening sequence of the show. Dressed in studs arranged like a future priest of punk underneath a purple light temple, he joined Eartheater and Marilu on the stage like a trinity of anticipated movement. Starting in with some of the heavier elements of her work and tracks from “Irisiri”, it was a very enjoyable and intense thing to watch her perform. Walking slowly, feeling her space and sometimes breaking into very spontaneous yet graceful dance movements, something happened I wouldn’t have expected. With the opening being as intense as it was, it could feel as if we had only begun to enter what was shaping up to be a cauldron of a set… Then came the harp.

With the voice of Drewchin soaring and presiding over the room, the harp strings actively answered her movements with the most calming posterity. It’s been some time that a harp has been utilized in an electronic performance, and it can be easily forgotten what unique and angelic magic it holds. So large and filled with an imagination of its own, the performance pushed further into live instrumentation until the end of the show, when Drechwin ended on a chair with an acoustic guitar and her soothing voice. “Tonight you will see the debut of the next movement,” she claimed before the set, “It is much more live and stripped down.” If you listened to “Irisiri”, what is coming next will be quite interesting and possibly more soothing in its atmosphere. She can wail, but she can also soothe and lull you into sweet music sleep, and yes, she has a harp by her side to help.

After his part in the performance, my assistant walked off the stage into the audience and was immediately mobbed by some of his close friends while the next act started to set up. I began to move to my bicycle to take a quick stroll to a nearby kiosk when I remembered I had left my laptop backstage out of the case. After doubling back, I came to the backstage area once again to find the once neglected bottle of Rosé had been opened, and Alexandra stood in the middle of the room explaining to another artist how to scream without blowing out his vocal cords. It was a nice atmosphere and the good vibes could easily be felt. After collecting my computer, I made my way back to the patio where my assistant sat enjoying some of the now open wine on the benches lining the venue. With a surprised and quite pleased face, he explained that he was asked to perform with the crew in Vienna again in the next week and continue with his role as a lead male voice in Drewchin’s menagerie of sound.

A few days passed, and I get a text stating a certain someone was on his way to Austria to play a part in the performance there in one of the great historical homes of opera, leaving me to reflect. Drewchin means it when she says she wants to avoid being stagnant and shake things up at all times. That was quite apparent as we were standing in the very middle of the show. Copenhagen done, Vienna next, new set and not to be outdone … new band member met last week. Classic Eartheater. 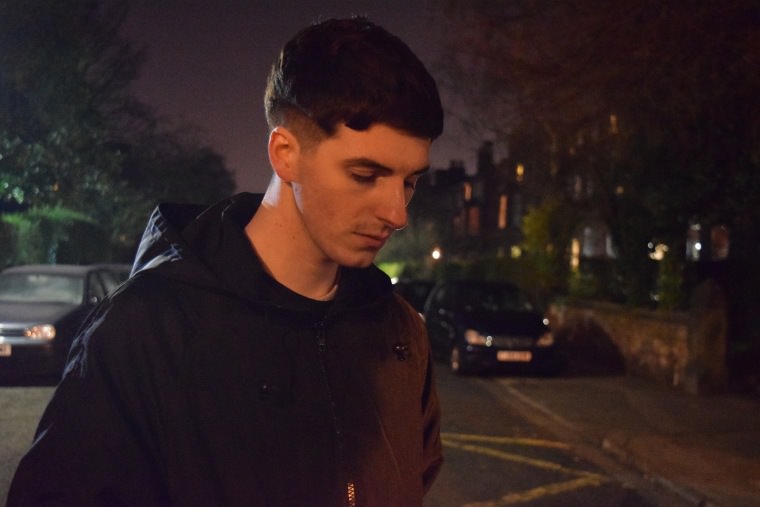 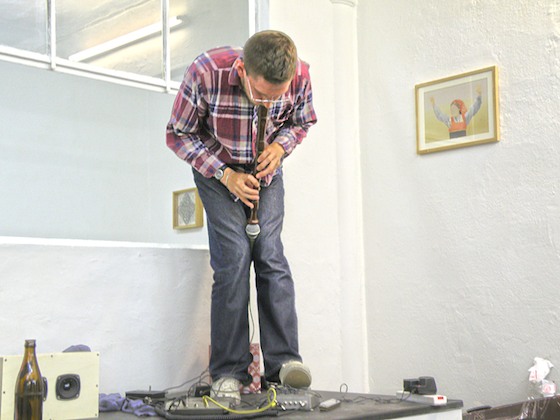