Behind the auspicious campuses of The University of Copenhagen and the national broadcaster, Denmark’s Radio, just far enough along an unassuming main road that stretches into what those who dwell on the mainland might call, deep Amager, we find one of the newest independent venues for artistic and musical residencies and documentation distribution, Polychrome.

The building, which could easily be mistaken for purely a domestic residence has always been a hybrid. Previously, it had been the home, shop front and kiln of a ceramicist but now it is both the family of home of the artists Jason Dungan and Maria Zahle and their children. The two rooms at the front of the house is the location of Polychrome, a new initiative founded by Dungan in 2020 as a place for artists, musicians, writers, dancers, and performers, to develop their practice in short form residencies.

“Really notable is the absence of the kind of institutional frames that can make this type of exchange feel already stale. And what becomes apparent is that Polychrome is a venue that allows for art to be connected to the world in process and for ideas to move more seamlessly between people and places.”

The first room is dedicated to the resident artists’ projects. Normally it is blank canvas and, for what it may lack in size and resources, it makes up for in freedom of use. It also has an oddly surreal situation, with its large single pane glass window and glass panel door, and its view out onto an oddly desolate main road. In many ways, this tension between being a sanctuary for artistic research & development, and only being millimetres of glass away from the day-to-day traffic of life in the “late capitalist utopia” of Copenhagen, fits perfectly with the work on display in the room on the day that I visited.

Artist and dancer, Felia Gram-Hanssen and Tore Balslev, who have been working together for a while, had spent the week at Polychrome working on a project entitled “Kritisk Zone”. The title is a reference to critical zone science, which studies the impact on the planet of everything that takes place between the ground just below the earth’s surface to the top of forest canopies. It describes the area in which certain events can render the planet uninhabitable. Balslev and Gram-Hanssen had used the occasion of their situation on Amager to investigate an unusual folding of this critical zone as some of the earth that had recently been excavated in the process of the recent metro expansions was currently resting on the nearby island of Prøvestenen. Decades under Copenhagen had left this earth saturated with gaseous chemicals that need to seep out into the atmosphere before it is able to be used for anything else. And, the artists tell me, I’ll be able to hear this seeping later when they present their work to a select, Covid compliant audience.

It is after a few minutes of chatting about their work that Jason Dungan appears in the adjacent room being led by his dog, who’s name I didn’t quite catch. After we talk a little more about the conceptual underpinning of the “Kritisk Zone” project, Dungan shows me around the adjacent room—now replete with drinks and nibbles for the upcoming performance—which serves as Polychome’s combined shop and archive. Around the room are artefacts of the nordic independent and experimental music scene; a great deal of vinyl but also experimental releases, such as the vacuum sealed CD by An Gella, “Perma”, from frequent Polychrome collaborators, the music platform, Anyines.

Dungan tells me that this archive/shop was part of his ambition for the Polychrome: to be able to display work produced by the scene in Copenhagen and across the nordic countries that so often disappears into the ether shortly after its release. But while this is an important part of the project, the real drive for Dungan was making a space in which one could focus on the processes that go into making this kind of work.

Veteran artists of numerous international scenes, Dungan and Zahle had previously tried to develop a pace for exhibitions and performance works in a converted kiosk on Amagerbrogade called Kiosk 7. And despite the kind of success that made it clear that such a space for interdisciplinary artistic development and network expansion was desired by the scene, the project was ultimately hampered by the kind of NIMBYism (Not In My BackYard) that haunts and hobbles so many creative projects in Copenhagen. Fortunately, this is not a worry for Polychrome, as the detached house with its spacious back garden is completely under Dungan and Zahle’s control. This has so far allowed them to make events at Polychrome that other venues may find tricky to pull off, such as all night listening parties and release events for their own Polychrome label, which recently co-released the DEAP record by Aske and Pernille Zidore.

All this being said, Dungan is determined that arts spaces like Polychrome need to be a part of the community in which they are situated. And despite the Covid crisis restrictions, he has attempted to build these kinds of inroads into the neighbourhood with some success. Many of the residents nearby have attended the events put on in the space through the more relaxed of this past Covid summer, and he has even started connecting with the nearby church. Indeed the way things are on top of each other is an important part of this project, for Dungan. As we drank coffee in his family’s kitchen, one door away from the main Polychrome rooms, he told me how important it is for him to make no secret of the fact that artistic practice is an integrated part of his day-to-day life and that of the artists who use the space. And as if on cue, Zahle returns home with their young son and a negotiation ensues about which cookies are appropriate to eat.

For Dungan, two structural concerns also run parallel to this desire to work with zero daylight between art and life. The first being the aforementioned autonomy the space has to explore creative projects and processes in whatever way they see fit. This also means he is able to provide a space for the kind of practitioners he is most interested in exploring and that are often the least supported, those whose work occupies spaces between disciplines: between art and poetry and music and dance. The kinds of practices that produce new ideas through their inability to be fixed in a category. The second concern is the space’s sustainability in the sense that it is not entirely dependent on the whims of the arts’ funding system. With the expenses of the space included with the house, Dungan is able to direct as much of the funding he raises as possible to paying the artists to work on their work. This means that as the level of support the space has access to fluctuates, as it may well do in the future, Polychrome may have to adjust the amount of artistic projects it hosts but it will continue to exist. In short, Polychrome is not one badly received application away from ceasing to be.

“It is no secret that artistic practice is an integrated part of day-to-day life.”

As the moment of the performance approaches, we are moved back into the main room because the kitchen chairs are required for the small, covid-safe audience. During the performance of “Kritisk Zone”, Balslev and Gram Hanssen are stationed either side of a strip of fabric painted with something between a score and waves. Above this a film is projected composed of footage from their explorations of Prøvestenen. As Balslev stares across the alien landscape of eerie white earth that had previously rested under our feet, the popping and hissing sounds of the chemicals that had seeped into it over centuries of supporting human life take on a musical quality, which cross-fades into the slow improvisations in the room of physically present Balslev and Gram Hanssen, dancing and vocalising respectively. Around the room small sculptures of asphalt support tiny speakers, or just become signifying objects and their own. And in the corner, Dungan stands behind the camera documenting this culmination of a week’s work, which is itself only a small part of a much larger creative and collaborative process.

Afterwards, there is a thrilling Q&A with artists that allows them to connect their work with wider discussion about the porousness of the improper separation between nature and civilisation. And in that exchange there is the thrill of seeing something rare; people working to figure out the world around them and trying to find new ways to share what they have learned. Really notable is the absence of the kind of institutional frames that can make this type of exchange feel already stale. And what becomes apparent is that Polychrome is a venue that allows for art to be connected to the world in process and for ideas to move more seamlessly between people and places; between aesthetic discourses, a family kitchen table and a train journey home. 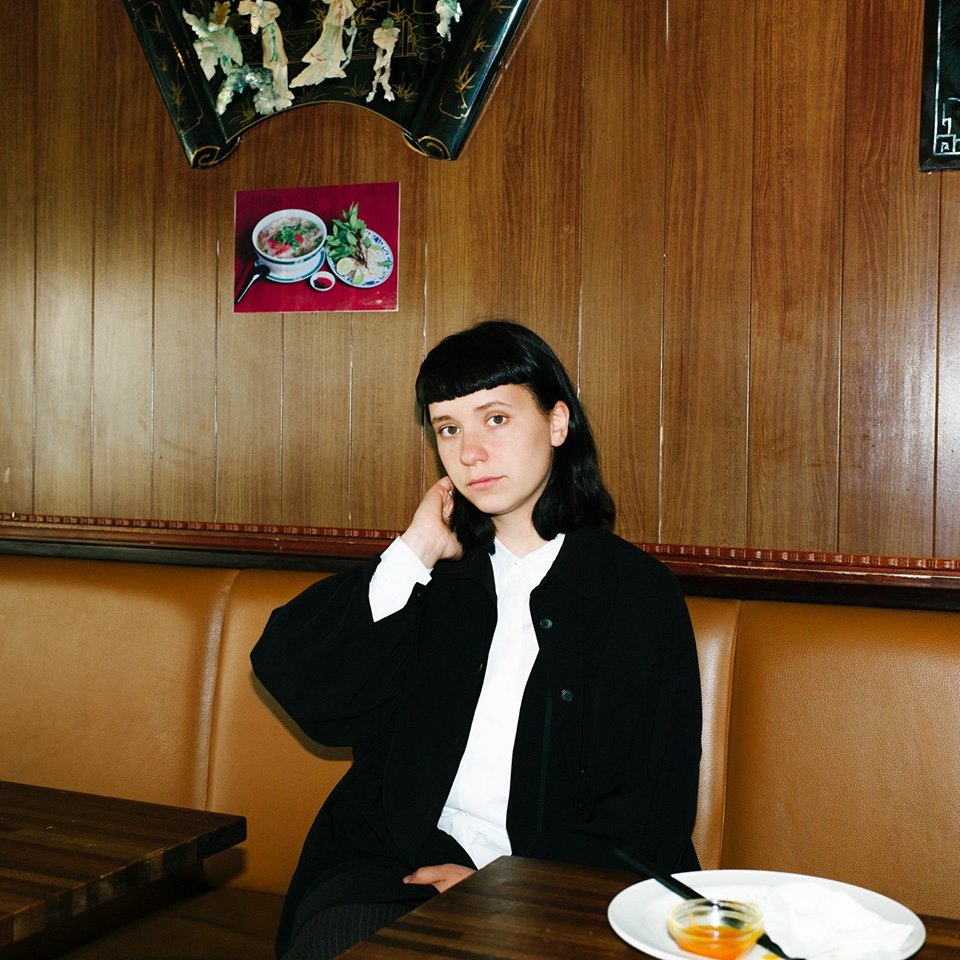 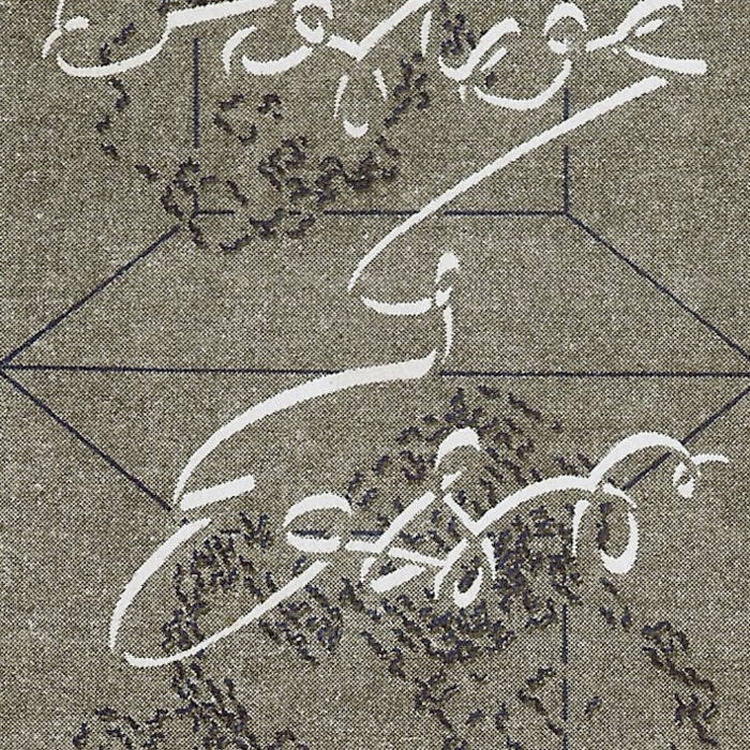