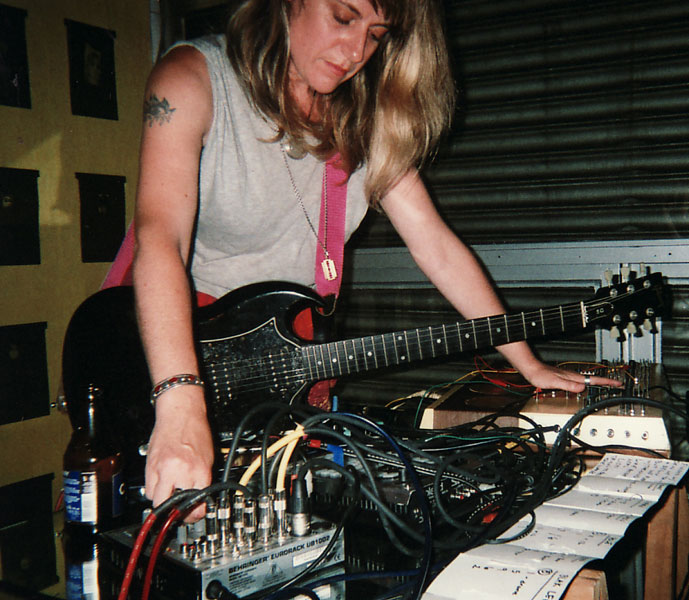 Lacephase is a new two-day festival at the brick-to-stone venue Mayhem in Copenhagen. The festival presents a deep blend of the underground music in a remix of sonics and performative acrobatics from artists based in Scandinavia and U.S. aimed to suck you even deeper in to the darkly seductive core of the underground scene.

The line-up packs more heat for the open-minded sound pundits, and manage to consist of both large soundscapes and claustrophopic notes tuned for maximum impact – in other words an unadulterated experience for those kind of people, who seek a sound with a bit more oomph than you get in your everyday normal music radio.

I’ve asked organizer and sound artist Jenny Gräf to elaborate this Lacephase venture and some basics huh, wut and where questions. To straighten things out, let me briefly introduce you to Jenny Gräf: She’s a Copenhagen-based artist straight outta B-town! known for her visual arts and bands like Metalux (feat. M.V. Carbon), Soliton (w. Chris Corsano) and Bride Of No No. She has evolved a sound into a uniquely expressive yet subtly arranged variant of noise combined with some extremely chrunchy beats. Her latest solo album ‘Machines Inside’ is filled to the brim with loud pulses and cello-like collages. She has a background in performance and music, and her aesthetics yearns for settings in which the combination of genres and ways of engaging an audience stimulate the audience while reverberating through each set. And finally she’s the liaison of the festival.

To start of she tells me that the focus of the festival is to strengthen the ties between underground scenes throughout Scandinavia and create an unexpected and diverse range of artist sharing the same stage. So, I asked why now is the time to tightening the laces throughout the underground scenes in Scandinavia (and even further) with a festival?

Jenny Gräf: “Having both participated and organized events for years in Chicago, Baltimore and now Copenhagen, I am fascinated by the potential of bringing together music and performers from underground scenes who aren’t familiar with eachothers work to see what emerges and what connections are formed. And both Christian Pallin (who organizes shows under the name Koloni) and myself share an interest in creating a stronger network across Scandinavia as we have found that many touring projects simply don’t know who to reach out to when they want to tour. By strengthening these networks we also allow for a broader cultural exchange even within these microcosms of underground while also opening up opportunities.”

SSB: Can you describe the common tendencies that can be spotted in the various performances and stretched through the whole line-up?

JG: “The performers in Lacephase are each part of underground scenes in different parts of the world (specifically the U.S. and Scandinavia) but almost none of them have shared the stage before, and many of the artists were not familiar with each others work. Rather than an interest in shared tendencies, I was focused more on how the combination of acts could create a kind of alchemy or transformation from the movement of one into the other. About half of the artists use the body or physicality to enact sound. For example, Muyassar Kurdi has studied Butoh and other forms of movement and this I believe informs her approach to sound. Kirsten Astrup creates personae and participatory contexts that frame the reception of her music and Rytmiskonsekvens performs within a constructed set using lighting and screens to mask the sound source. These varying ways of presenting one’s own performance lends itself to a different way of engaging and perceiving sound. I myself come from a background of performance and music and I yearn for settings in which the combination of genres and ways of engaging an audience stimulate the audience while reverberating through each set.

So, rather than a smooth and gradually transitional narrative experience, Lacephase is a series of disruptive shifts in mood, style and format. It is one of the strengths of underground scenes around Europe and U.S. that the wildly unexpected often occurs. Lacephase is in spirit an attempt to bring forward specific experimental artists whose work is in certain cases lesser known to a broad audience.” 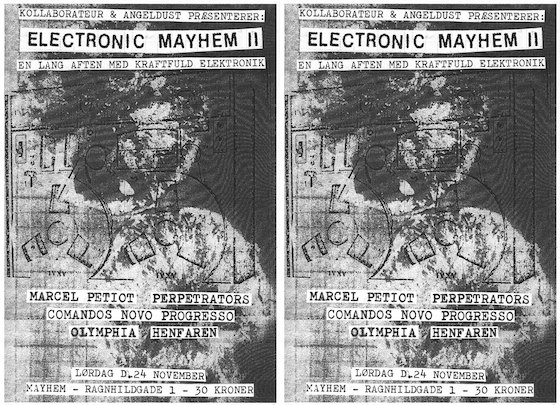 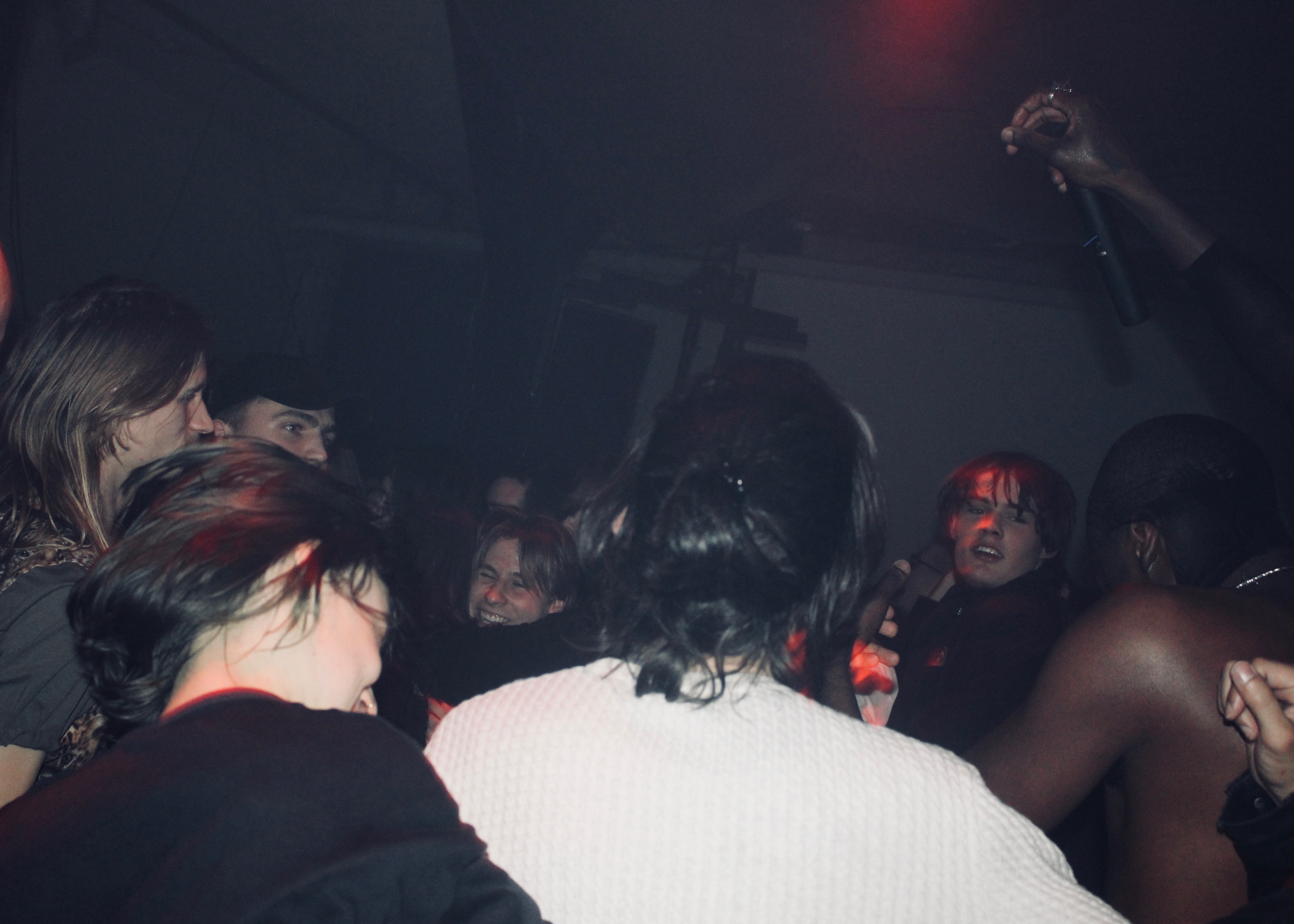 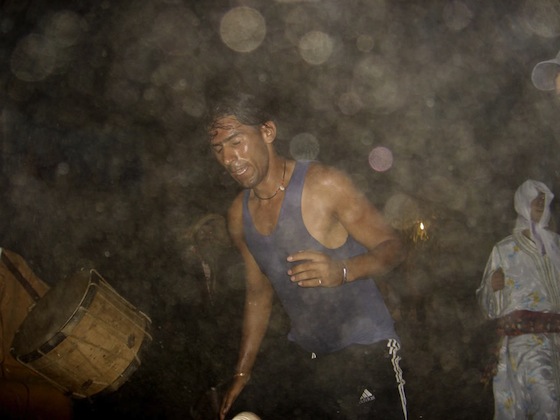