Alasdair MacLean fra The Clientele – “The less we try, the more we seem to succeed” (interview) 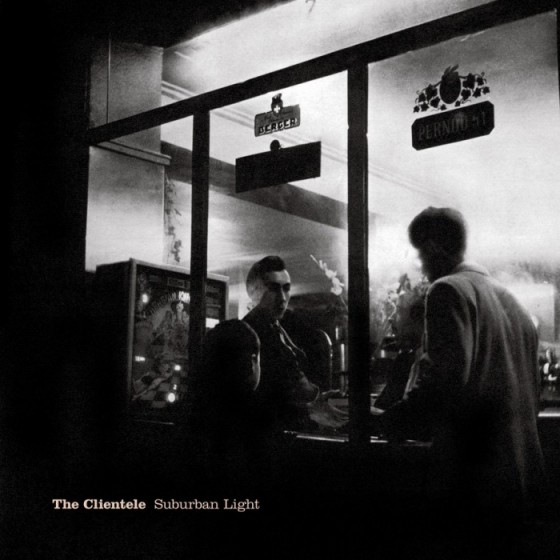 P/A: The Clientele has been on hiatus for quite some time. In the last year you have played a few shows, starting with the moving performance at Pop Revo in Aarhus, and now your debut has been reissued on vinyl. How has this year been for The Clientele?

(AM): “So far so good, I guess. The funny thing about the Clientele is, the less we try, the more we seem to succeed. Our albums only went into profit a few months after we stopped touring. Before that we couldn’t seem to break even whatever we did.”

P/A: Given the period you began releasing records (latter half of the 90’s), you must have been the definitive anti-Britpop band. Yet you made some of the most quintessential romantic British pop music. What was it like being this kind of an English band in that particular era?

(AM): “We wanted to be a part of Britpop! The songs on “Suburban Light” were written between ‘94 and ’96 when Britpop was at its height. The idea (which was slightly hubristic, but we were only 20) was to *correct* Britpop, move it away from all its ugliness and crassness and into something more artistic. To be the surreal, baroque edge of the Britpop boom. Introduce people to Lee Hazlewood and the Left Banke – to save the public from their regrettable taste, and become rich in the process.

But there was a lag of time between when the songs were written and when the records came out, and by 1997, when we moved to London, Britpop was over. Bands that had 1960s influences were suddenly out of fashion and couldn’t get record deals. There was a vacuum: Coldplay filled it. No one realised it was the end of an era, which in retrospect is quite charming. And somehow the Clientele got people to put our records out anyway, just mostly overseas. We just rode that time out. It would have been better if we’d had musical rivals or peers we could have shared our experiences with, or a large amount of support from fans or a label, but the cards we were dealt meant that we were totally isolated. In some ways that strengthened us as a band.”

P/A: You’ve mentioned in the past that you sort of had a complex relationship to “Suburban Light”. The record gained almost legendary status and maybe kind of overshadowed your other work. Does this new reissue and the current reception affect your view of it?

(AM): “I was speaking to James (Hornsey, bassist i The Clientele, red.) about it the other day and we both agreed that that record represents a really difficult, claustrophobic time for us. We’d been trying to record those songs in professional studios, to capture the sort of glow the demos had. But we couldn’t; whoever we recorded with, it always sounded terrible – grey and compressed and dull. At the time, no British radio station played lo-fi music, so to release the 8 track demos would have meant pre-determined commercial failure. Meanwhile the founding members Innes and Daniel had left the band, and then the new drummer Howard left too, so it felt as if the whole project was ending, that we’d reached the end of the line. That’s why there are only two people in the “Reflections After Jane” video – ‘cos no one else turned up! Releasing “Suburban Light” was like a last roll of the dice, to see if anyone cared.

So the fact that they do, some people anyway, even 15 years later, is amazing. And when I look back at it, even though I listened to those songs too many times back then so that they now resemble over-chewed, flavourless gum to me, I can see that all the important things we thought we were losing at the time – friendships, memories, the teenage dream of being in a band – are still there in that record. I don’t really understand it but it seems there’s something about that which other people can feel too, which is slightly astonishing.”

P/A: Could you tell us a bit about the previously unreleased material that is part of the reissue? What was it like going through all of this stuff?

(AM): “When we were re-mastering the record, we had a carrier bag of 8 track tapes which we slowly ploughed through in search of bonus material, track by track, on a grey December in Brian O’Shaughnessy’s studio in Walthamstow. Many moments of hearing ourselves speak and joke on tape 15 years before, which was slightly eerie. And some forgotten songs, like the Innes Phillips song “May Has Brought a Change in You’ which no one remembered playing on at all, and is really lovely.

There was also a load of quite ambitious, unfinished stuff – “Sarah’s Prelude” was meant to be the string prelude to our first version of the song “Jerry”, which was also scored, really beautifully, for a string quartet. But we never finished recording it – there’s one mix of it with strings and an out of tune vocal, but no master tape. We were impatient and it was a chaotic time, so a lot of our ideas were left unfinished.”

P/A: Weirdly, the soft-druggy and hazy reverberating sound of The Clientele seems to fit better into some parts of today’s musical landscape than that of 15 years ago. Do you agree? If so, any idea of why this might be?

(AM): “I’m one of those old bastards who don’t listen to much contemporary guitar music anymore, so I don’t know for sure. I sometimes hear of new bands saying we’re an influence which is obviously flattering, but I haven’t heard anyone with our sense of harmony, of what you can do with augmented chords. At the risk of sounding obnoxious, people ask me what pedals/amps/guitars we use as if that’s the answer but really the key to our sound is that we practiced our instruments together for 15 years!”

P/A: After playing at Pop Revo last year you told me that you were still wondering if and how to resurrect The Clientele in a meaningful way, not wanting to lose your creativity. Have you figured out how to do this yet?

(AM): “The Aarhus show was great, but it was about friendship with each other and the organisers and respect for the festival more than anything. Then Merge asked to reissue Suburban Light. Since then, in a sense I’ve gone with the flow and where people have offered us shows for enough money, I’ve agreed to do them so that we can have a budget to record later if we want to. I see it as like Orson Welles and his sherry adverts! I have some ideas up my sleeve but I don’t know whether they will work. But in some ways the Pop Revo show and going back to the very start of the band with “Suburban Light” has set me mentally free from the past – it feels like I can make a fresh start somehow.”

P/A: You are also part of Amor de Dias along with Lupe Núñez-Fernández from Pipas, which so far has produced two lovely tropicalia-infused LP’s. What are the musical developments on that front?

(AM): “Amor de Dias are playing in the US this summer. We’ve been moving away a bit from the two acoustic guitar lineup and adding in drums and bass, which has been great. There’s a rhythmic complexity to it which has lots of potential, the question is whether to go for longer, abstract pieces, or more improvisation, or another baroque pop record. Once all this Clientele nonsense is over, maybe we can work it out!” 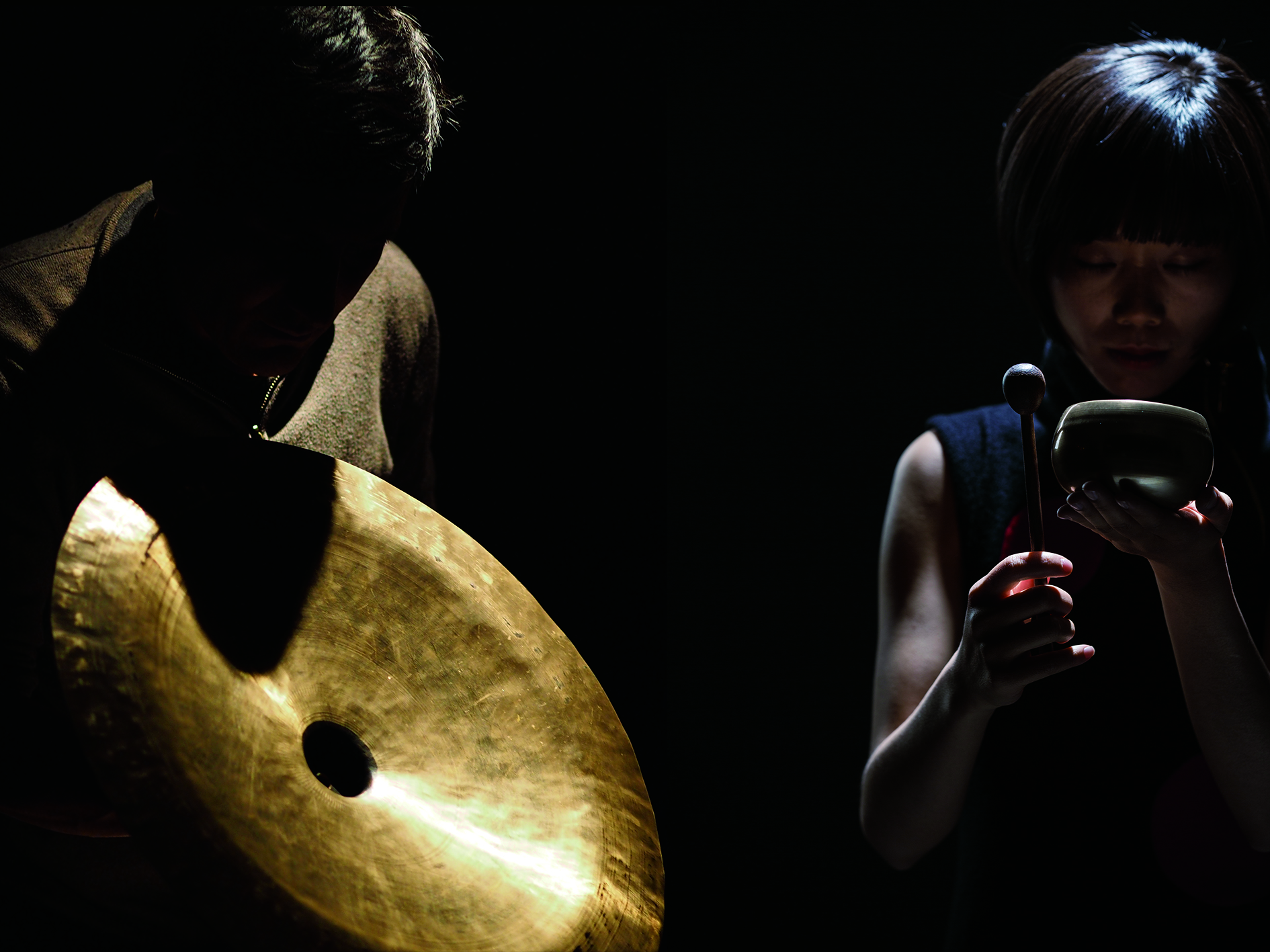