The second release from the Copenhagen based label Textur is the self-titled EP by Esther; a collaboration between producers Martin Messell and Andreas Høegh. Over the six tracks, the duo reconstitute the audio of live multi-instrumental improvisation into pieces of glitch infused ambience.

On many tracks, the process is completely obscured by the production but as the record progresses this veil is slowly lifted to reveal some of the acoustic origins of the sounds. It is kind of like a beatless expression or summary of the aesthetic journey taken by the likes of artists such as Boards of Canada.

There is a glacial quality to the music that has, in a very welcome way, been accelerated. All the shifts are gradual but they seem to be regulated by a sense of unarticulated motion that gives the tracks a determined sense of motion that crackles with excitement. This impression is one supported by the group’s press release for the record which states that: “Conceptually, the music isn’t carried by anything but the simple, spontaneous desire to create music and an almost childish fascination with electronically manipulated sounds and the toys that shape them.” And while I partially buy that with reference to a track like “Retina” which seems to be running through all that is possible in terms of digital manipulation in a kind of joyful call and response escalation between the two producers, I think it sells much of the record short.

For example, the underlying harmonic movement in the bass on the track “Zelda” gives all the shimmering detail on top a sense that something more meaningful, perhaps even sadder, is being articulated. It is a simple progression, but its relentlessness and the amount of space it fills up compared to all that surrounds it imparts a kind of fragility on the other musical material. There is something significant going on here but what, exactly, is unclear.

Similarly on the next track, the enigmatically titled “Pixel Smear”, the tremolo disintegration of the chord progression begins to reveal something beneath the surface. However, the reluctant tension of the release curve of these chords suggests that whatever is down there wishes to remain contained. We hear this conflicting motivation again in the insistence and dissonance of the counter melodies that cut through the lead line synth on “Since We Talked”. This is further compounded on this track through the subtle nostalgia evoked by the seaside samples that murmur under the instrumental material.

These would seem to be elements of this record that work against the stated intentions of the musicians in creating it. Evident on every track are just too many carefully articulated decisions for it to be the case that they were motivated only by the simple joy of creation. And the richly layered sounds, chocked full of subtle sonic references and evocative samples that just carry too much associative power with them to merely be the artists’ product simply following their bliss. Indeed, it is the tension on the EP between some kind of shimmering surface joy and underlying complication of the stuttering breaks, soured detuned synths and harmonic counter-narratives that make these soundscapes ache. There is a sadness to the joy foregrounded on Esther’s debut release that has either slipped past the duo that made it or that they would rather ignore or run from. But that desire to run has to be worked through rather than succumbed to. Because, just as they have been able to investigate the hidden depths of the acoustic material they worked with, the way they have put it all together has produced a suite of sound art with a beguiling and, at times, painful subtext that it is worth dwelling in and upon.

Info: Esther’s debut release was released by Textur in the beginning of August. 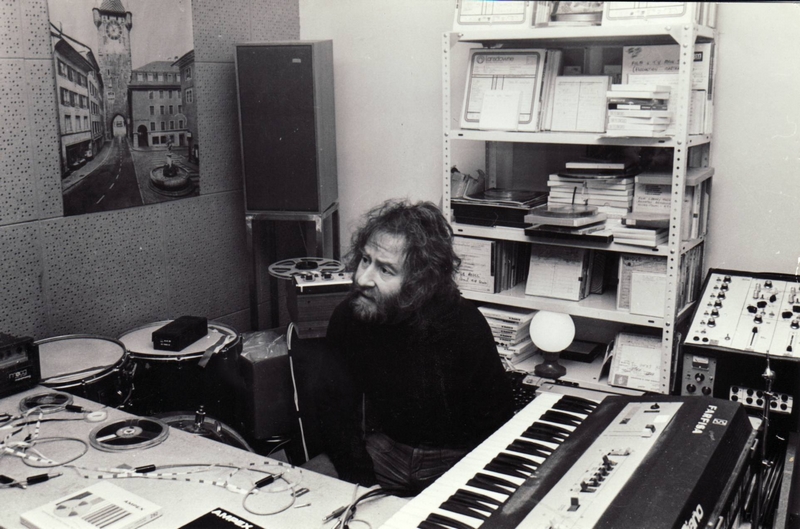