“If no one fits in,” said Martin Messell to me in his studio in Nørrebro, Copenhagen, “then maybe we don’t have to worry about fitting in.” We were talking about the concept behind his first album under his surname as an artist’s moniker, “Ligesom Rigtige Mennesker”. In translation, the title has a certain ambiguity as it can mean either “just like real people” or, as it is listed on Bandcamp, “just like real humans”.

When I asked Messell about this, he laughed and explained that he thinks both versions can work for different moments on the record as the music explores the various levels of alienation from feeling like a freak in the crowd to hardly feeling human at all.

While this may all sound quite bleak, the music on the record instead offers a complex, and in turns frightening, tender, beautiful, desolate and warm picture of what it is to feel yourself on the outside of all the life around you looking in. In some hinterland between plunderphonics, glitch, synth-wave, drone and sound art, Messell’s debut album offers a moment’s respite from the certainty of your own inadequacies. There is a comfort to be found in the washes of orchestral samples, thick detuned synths and candid vocal snippets captured on smartphone microphones but it’s never permanent and never totalizing. Something always comes to disrupt the calm or sour the atmosphere but likewise, these unsettling moments are never the end of the story. As listeners, we are caught in an ever more granular dialectic between sampled and synthetic, between obedient rule-following and intuition, between self and other and between how you appear in your mind and how you appear to the rest of the world.

But this turmoil is far from evident in the person Martin Messell who sat across from me during our interview in his studio. While the surroundings of this dishevelled repurposed industrial space point to a kind of angst-ridden cool, the polite, friendly and open young man projects an affect that seems at peace with the world and his place in it. An affect that must be of vital importance in his day job helping underprivileged youths to learn to write and produce their own music. Overall, his calm, which never teeters over into being aloof or spaced out, could be described as well adjusted. It is a calm that gives the impression of one who has a certain familiarity with the potential darkness of navigating this life but who has not so far succumbed to a feeling that it may be inescapable.

Something of this ethos seems to be present on the third track on the album, “Næsten” (“Almost”), which serves as something of a pivot point on the record. While the first track, “Hinanden” (“Each other”), with its distorted bass, garbled low-fi vocals and implicit pulse is reminiscent of Fuck Buttons minus the late-00s scene-kid aggravation, and “Perspektiver” (“Perspectives”) offers a charming respite of sampled woodwind, “Næsten” dives into the main themes of the record. At the start, the bounce of the previous track has been perved albeit as if it has been run through a ring shifter. But after about a minute and a half, it drops down as if keeping up with the systems it has been running has suddenly become unsustainable. At that moment it is overcome by an unremittingly gorgeous synth pad that starts to sour, moments after coming into being, as the strands that comprise the harmony immediately begin to drift from one another. As its title suggests, “Næsten” is a track that almost holds itself together but at the same time is prevented by some other force from ever entirely falling apart. As the track comes to an end—stuttering like there was some brief dispute about whether to pull the plug on this almost human-machine—the material up until now has been recontextualised with a certain fragility. Whatever is to come after “Næsten” can only be understood in the context that the mask of fitting in with the apparent way of the world is slipping.

For Messell, the use of microtonal scales in combination with more conventional diatonic harmony is one way to explore the artifice, anguish and pleasures of fitting in or behaving just like a real person. While this wasn’t the plan, this is where his musical instincts took him at a time in his life when these issues were occupying his mind. Having previously studied musicology, Messell is fully aware of how arbitrary the particular tuning and configuration of Western harmony is. Despite what many on the internet may claim about what frequency concert pitch should be tuned to, the justification for this isn’t built purely on laws of physics, but also preferences, practices and traditions. However, while in the mid 20th Century engagement with this perspective lead composers like Iannis Xenakis to abandon these systems as a means of musical organization, Messell’s work seems implicitly critical of this arguably reactionary move. Just because these standards of musical beauty aren’t universal and as such can and should be challenged, doesn’t mean they are without value. Quite the contrary, the process by which these standards come to be understood as such implies bonds of community, communication and shared empathetic understanding as much as it does elitism and exclusion.

However, just because these systems of musical expression are not perfect reflections of an underlying universal harmony doesn’t mean they are without value. On the contrary, it is exactly because these systems have gaps and inadequacies, and can fail that we are able creatively to communicate with each other at all. If there was some final key through which we could access the ability to entirely accurately understand each other and ourselves, the notion of communication would cease to be relevant and all that would remain would be the observation of facts and data. This is where the glitch aesthetics of the record play an important role. It is through the failure and errors of each articulation and the attempts to repair and stabilize that we can apprehend the effort and earnestness of wanting to be understood. This is made all the more difficult when all we have at our disposal to attempt to cross this impossible gap are the tools we have inherited. This idea is made palpable by Messell’s use of orchestral and choral samples, which literally borrow earlier emotional articulation in order for Messell to attempt his own. By taking up the musical means of the past and manipulating them, Messell neither claims the superiority or inferiority of the position of being on the outside looking in at the world of real people. Instead, “Ligesom Rigtige Mennesker” problematizes this dichotomy one track at a time.

At least this what I get from the tracks “Forventingen Om” (“The Expectations of”) and “Inden Længe” (“Before Long”). The shifting locations of the breathy sounds on “Forventingen Om” seem to be working through the final kernels of this unsolvable dilemma before emerging on the other side of some profound revelation with a drop that lands like a nostalgic ache. But it is an ache that you can finally see for what it is and no longer confuse for the true direction your life should take. The metaphor shifts a little on “Inden Længe” during which we surface amongst a vast seascape finally able to bask in the warmth of the sun. The fluid nature of these sonically evoked surroundings is revealing of a central truth that most people, if not everyone, feels themselves on the outside looking in at times. Whatever else might separate us, we all share an uneasy relationship to the heuristically designed tools we use to try to bridge the gap.

The final and title track on the record, “Ligesom Rigtige Mennesker”, rightly serves as a culmination of this journey. The opening of the track takes low-fi sting and vocal samples and treats them in a similar way to The Caretaker. By using these larger chunks of sampled material, there is a newfound comfort in embracing certain shared conventions here. New spaces of communicative possibility have opened. But it is on the second half of this sprawling track that this new comfort finds fruition as a sampled motif weaves in and out of detuned synths that glisten almost aggressively in a manner reminiscent of “Ravedeath, 1972” era Tim Hecker. If at the beginning of the album Messell was worried that he could not understand the communicative codes that would allow him to enter into the fellowship of real humans, he has now come to the realization that attempts to navigate in this confusion are all any of us have. And the complex beauty of our collective partial failure can be stunning.

Through the course of our interview, Messell is keen to go into details about the journey of translation that has taken place to produce the sounds on the record. Samples have been made unrecognizable through their recontextualization, whether they are the found sounds of the orchestral archives, his own candid recording from day to day life or whole tracks that needed to be transformed into stems. To me, this seems to point to a certain paradox in the experience that this album explores. How can those who feel themselves to be unable to understand the social codes of the proverbial real people understand their outsider status without understanding something of the codes?

This question would appear to have at least two possible answers. The first is the heartbreaking injustice of being made to feel excluded by others who want to keep you out. This exclusion is then often transformed into a self-loathing directed at a perceived inadequacy. But I think in Messell’s case the perception of this paradoxical problems stems from being able to switch between the systems of meaning-making that surround him. It is how he is able to work with kids to make rap songs about their friends one day and then high concept sound the next. And it is how he is able to navigate and transform these diverse sound sources when making the later. Indeed it is the extent to which he understands what is going on around him that leads him to objectify it. And it is hard to feel you belong to an object.

Furthermore, when you look at things with enough attention and are truly open to the experience, you will always find things you don’t understand. This can be dispiriting at times but as “Ligesom Rigtige Mennesker” shows, it can also be a chance to discover something new.

Info: “Ligesom Rigtige Mennesker” by Messell is the first release from the label Textur. They will release the debut record form the band Ester later this Spring. 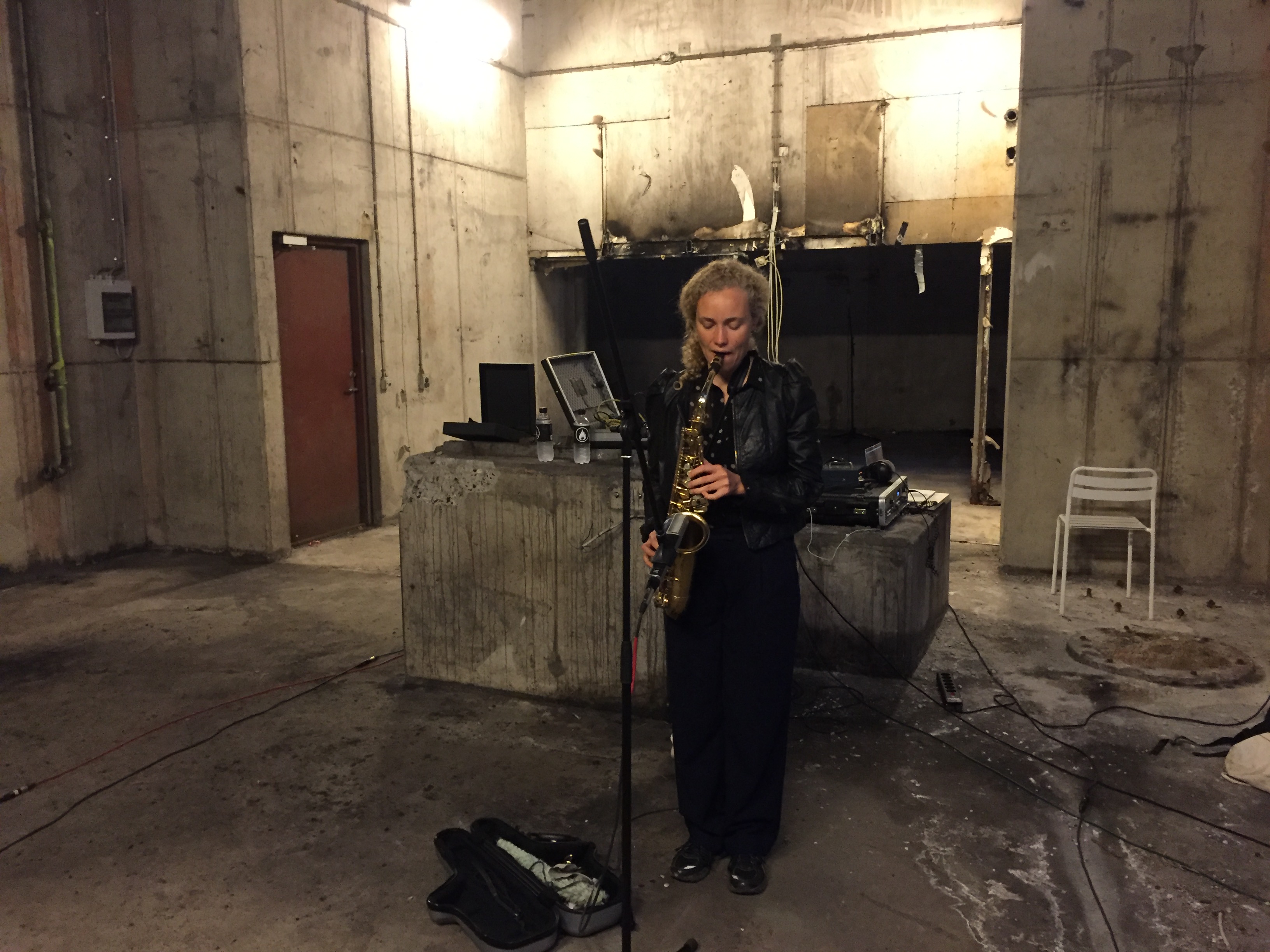 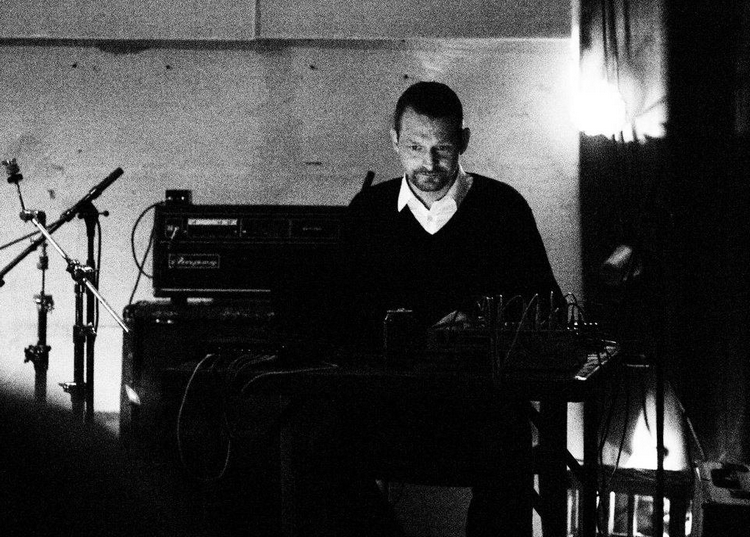 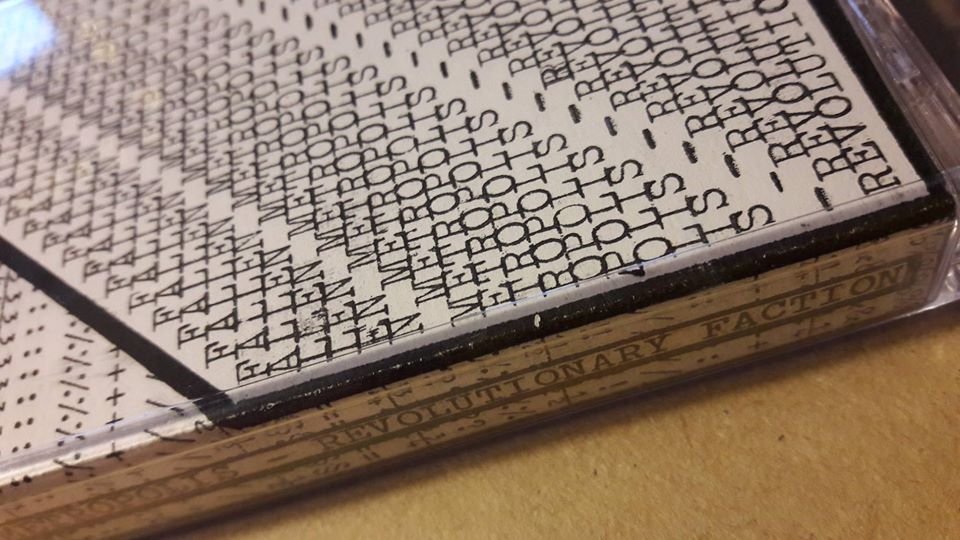