“Anew” is the latest album from the Copenhagen-based, Brazillian composer/vocalist/concept engineer (to borrow Kodwo Eshun’s term) Marcela Lucatelli. The record sees her taking her expertise in extended vocal techniques as a way to perform an improvisational exploration of a computer programming manual while providing herself with piano accompaniment. But the facts of the record seem to be beside the point and belie just how challenging, enjoyable, funny and uncannily poignant this experimental record can be. And a lot of this capacity has to do with where it seems Lucatelli positions herself in relation to her work and how she allows this esoteric material to transform her.

When I asked Lucatelli about the compositional methodology that underpinned the record, she told me that, for her, part of it had to do with the construction of the contrivance from which this suite emerged. Here she was, a Brazillian composer and vocalist, trained mostly in the prestigious conservatories of Denmark, sitting down in front of a piano to make an album of vocal music derived from this technical and obscure text. For her, it is all the lines of associations. The webbed networks of meaning that unfurl from the collision of elements are all captured in her music. This is what craves attention in Lucatelli’s work. So indeed, what are we to make of this coming together of person, training, text and techniques?

To regard it as simply a critical comment upon the state of our lives in our technology-saturated society would be to impose an alienating logic upon the music that fails to fully engage with the happenstance of how all its constituent parts came together. And doing so would also neglect how, throughout her oeuvre, Lucatelli has shown herself to be much more than just a critic of the world before her but also an empathetic and engaged listener to the hum of human and non-human foibles alike.

For example, her solo performance piece from 2019, “Run, Run, Run” sees her inhabiting, to use Holger Schulze’s term, the sonic personas of various pop hits that share the title “Run, Run, Run”. And whether these personas are a Statue of Liberty struggling to hold it together through a troublingly late onset of the oral stage, a monk whose inability to light a candle releases the demonic within him, one-of-the-guys at the social club whose laughter gives out as the void it was covering over starts its gaseous escape into the room, a sci-fi lounge singer who suddenly has to negotiate with everyone on the room to survive as time races on, or the tyrannosaurus rex that discovered paleo-beatboxing, Lucatelli approaches the inhabitants of her sound worlds with nuance. This is not to say her personas are spared criticism, only that it never comes for free.

With her capacity to draw out these complex characters and highlight their absurdities in only a few moments, the most fascinating thing about Lucatelli’s new record is where it places structure, which sounds like a hopelessly technical reading but it is actually what makes it super exciting. Because these personas imply worlds within which they fit or don’t, with systems of control and liberation and the narratives of lives lived well, or just lived in the face of no other options.

While it’s not so much structure in the sense of how we understand the music’s temporal arch that I want to attend to here, it is worth mentioning if only to illustrate the cohesive nature of these improvised compositions. One need only listen to the first minute of music on the record to realise how subtly Lucatelli’s control of formal structure through improvisation is. In the opening of the first track—addressed to the legendary vocal composer Meredith Monk, with whom Lucatelli had corresponded as a teenager—“Pequena Abertura (To Meredith)”, we get what feels like a false start of dissonant chords and strained humming that eventually provides a certain semblance of stability. This is then taken apart by panicked half-whispered ramblings. Finally, the hum returns more consonant than before but also defeated in a way. The gentle chords of the outro feel like a gesture of requiem as the subtle tension of the harmony just slightly resembles the timbre of the initial hum.

As elegant as this is—and it is just one of many examples of such structural cohesion—it’s not what makes Lucatelli’s work as a composer/improviser remarkable. It’s the fact that she is, as Kodwo Eshun might put it, a concept engineer that makes her work on this album stand out.

So, over and above the musicological structure we can find the narrative structures complexly woven through the work in the evocations produced as the contrivances under these compositions comes into contact with the inflexions co-produced with the text as Lucatelli articulates it. Every utterance is a situated personality. With each articulation of the word “define”, on the track of the same name, for example, we are placed in a different first-person position. Before us is a manual for computer programming that puts forth the possibility of a closed, coherent universal language. An edifice that crumbles as it comes into contact with any creature that would attempt to use it. Each verbal articulation sees characters are born, grown into adulthood and make the reasonable compromises that have led them to be staring, at a loss for comprehension, at this manual and screaming (if only inside) in desperation at this utterly alienating terminology.

But this is but one story. There are a great many others within each piece. Just take for example “This Can Happen”, which is based on a phrase that is at once innocuous and yet laden with potential as the antecedent of “this” shifts with each singing. This minor technical achievement, this minor error, this romance, this tragedy, this joy, this despair, this disappointment, this seduction, this frustration, this catastrophe, this resignation can all happen, and they all exceed what the manual predicts.

“Solely Solutions” takes us on a longer, more stable journey with only two personas that I can detect. At first, we follow someone ensnared in the kind of madness expected by the logic of the manual as if it were a matter of course. We are then pulled deeper in as digital artefacts in the sound blur the line between the operator and the system they ostensibly manage. And then we zoom out on the word “likewise” and reveal a world that considers this kind of productive madness to be normal.

The penultimate track is the heart-rending “There is no use”. Lucatelli sings “There is no use to precalculate” over and over. At first, it is a mournful ballad in the vein of some kind of American minimalism but this is quickly sped through to something more intense. As the hammering on the keys increases and Lucatelli’s vocal becomes more frantic as it ascends through the octaves—eventually reaching those hights associated with the work of Meredith Monk—the sense of resignation with which the track started and that has permeated the characters of this album is recontextualized as being constitutive of a much larger system. And that system hums merrily along with or without our active commitment to it. Indeed, it feeds on our resignation, and the programming manual, and all that it implies, was just a means by which to harvest it.

On “Anew”, Lucatelli has taken this computer programming manual as an artefact, like an anthropologist would, of the collective fictions we call our world. In turn, she has constructed her own sonic fiction from it. But in her retelling of the stories that constitute our day to day lives, we have failed to notice the absurdity of everything that bores and frustrates us. And as such we have not yet learned to grasp the intoxicating joy of following where that absurdity may lead.

Info: “Anew” was released on July 3rd 2020. Marcela Lucatelli’s new music theatre piece, “There’s a load to it”, will premiere at Ultima Festival in Oslo on September 18th performed by Pinquins Percussion. 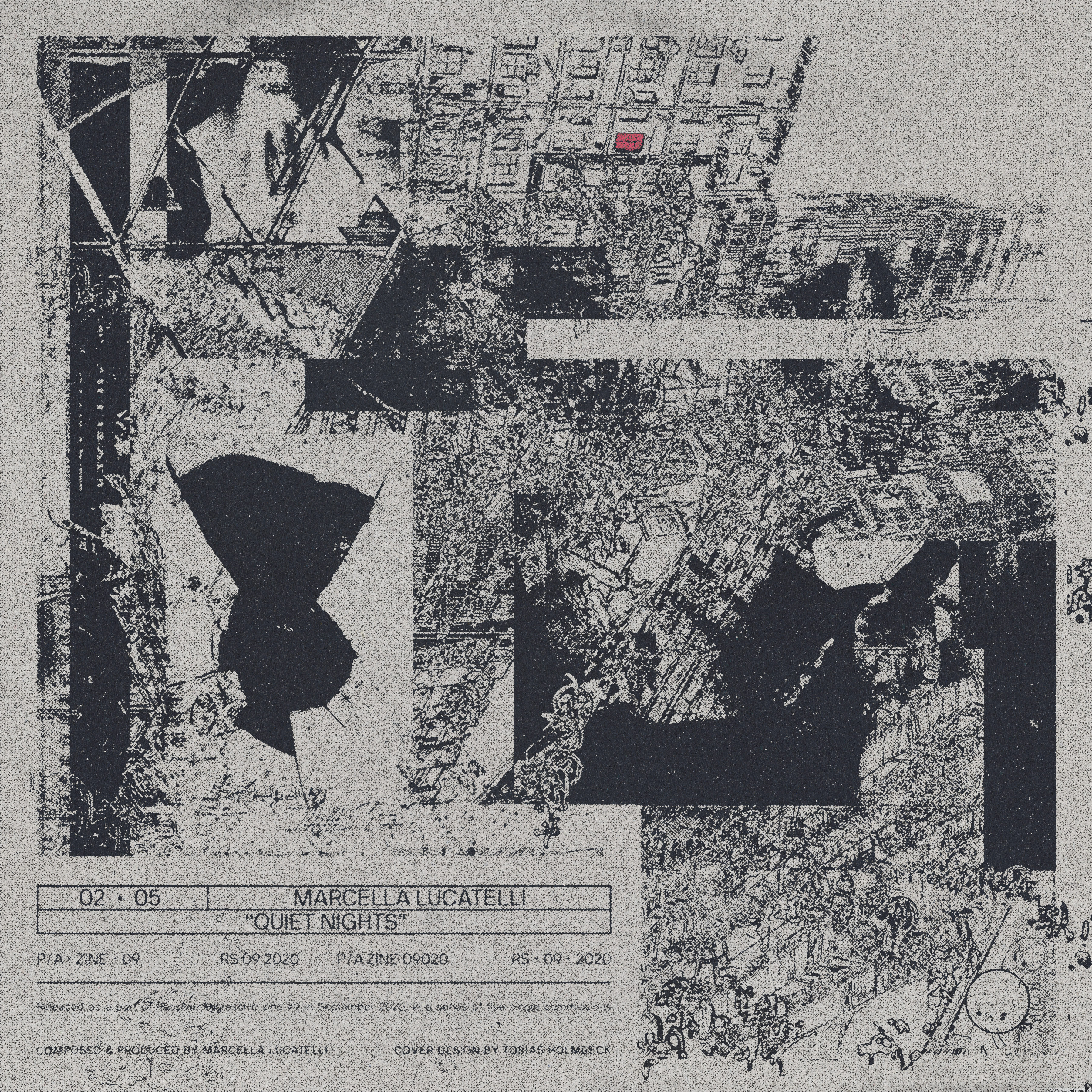 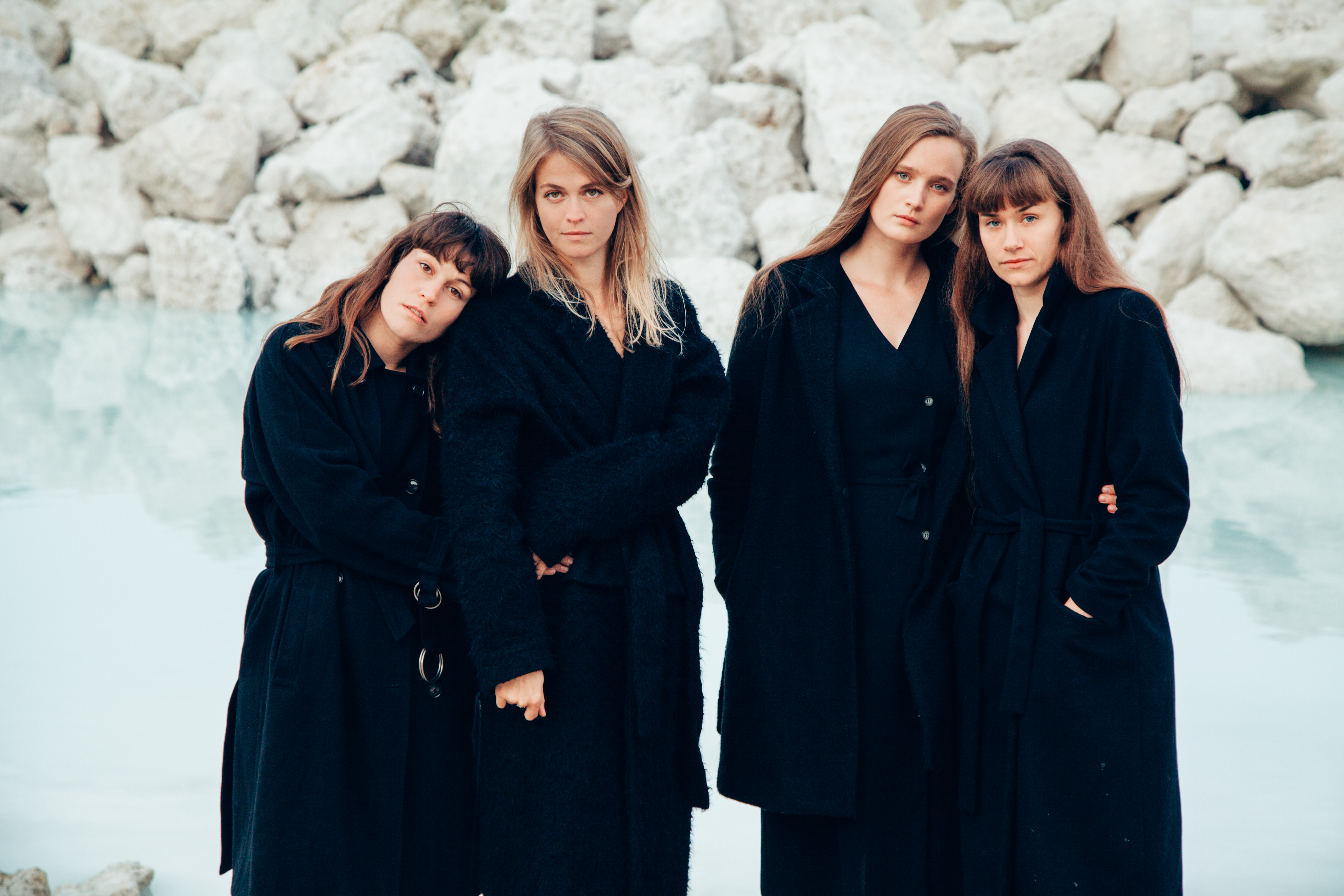