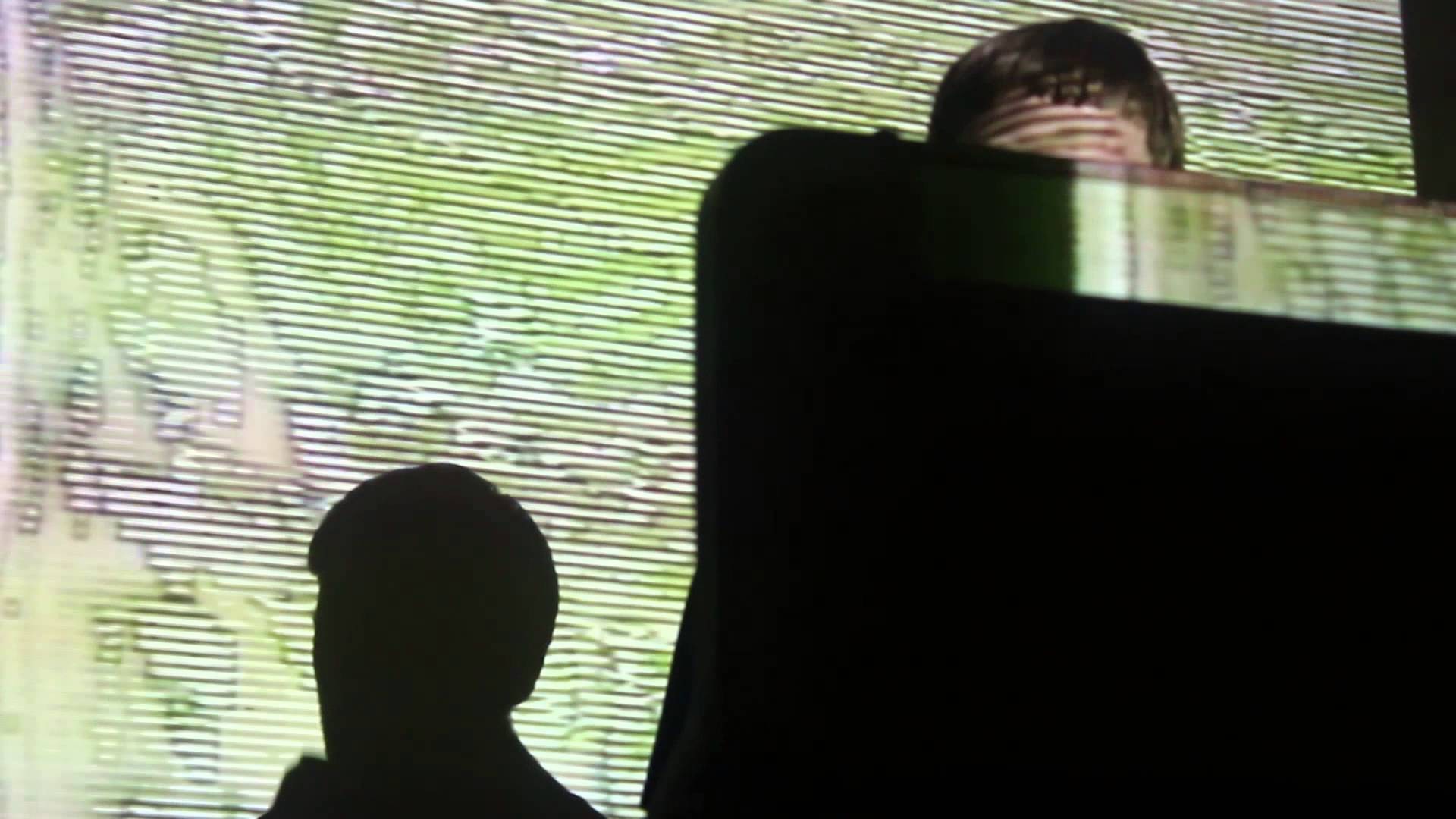 “Vocoder” is Jack Callahan’s new EP under the die Reihe moniker. We are told that much in the first few seconds listening to said record. All of “Vocoder” is focused around the reading of a text by Callahan explaining e.g. the history of the vocoder and the components of the EP’s sections; there is a stroke of inspiration in carrying something demanding and abstracted like this via something as concrete as the voice.

On “Vocoder”, Callahan persistently focuses on a specific compositional technique, in this case vocal processing with “a specific type of vocoder called a phase-vocoder” (“Section VI”), with an exaggerating effect which, I believe, activates the listener and makes one aware of one’s situation of listening. These layers of awareness, on Callahan’s side as composer, the contents of the piece and the listener, lead to a formalist expression – something which is surprisingly easy to follow, with distinct sections separated by silence, a logical progression and a definable set of methodologies. Listening to this piece is almost like reading the abstract of a dissertation; a statement of intent, methodology, perspectivation and expected results. It’s honestly very, very pleasant in its formal simplicity.

This is like some 21st century Alvin Lucier “I Am Sitting In A Room” channeled via Heckerian logic. This is something I find worth noting; on my first listen, what came to mind were not traditional experiments in minimalism and early computer music, but rather the recent work of Florian Hecker such as “Chimerization” and “Articulação” with their stark minimalism, narrative foundations and extensive vocal manipulation. These pieces feature a poetic streak, drawing the listener into a fantastical thought-experiment, whereas “Vocoder” on the other hand focuses extensively on its own concrete processes and production, providing something like a Fluxus-like script for its own performance and realization.

Now, make no mistake thinking that this is an easy-listening experience. Because of Callahan’s listener-awareness, listening to “Vocoder” is an activity, but it is none the less a fairly pleasant experience. Particularly a piece like “Section VI”, which draws heavily on harmonic chords, has an almost-catchy quality to it. This, as well as parts such as “Section II” and “Section V”, have an extremely distinct musicality to them that exists perfectly alongside the primacy which is otherwise placed on the text throughout the EP.

There is something fascinating in the way that this EP is extremely aware of itself, its form and the traditions before it, but at the same time also how fluid it is, in the traditions it draws upon. As we are informed about in the text; it draws as heavily on the legacy of house music (“a nod to house music”, also used as a vocal loop in the remix B-side closer – the B-side features two house remixes, by producers DJ Swag and Morgan Jefferson, using the seven sections of “Vocoder” as their source material) as it does on early electronic music experimentation. Simultaneously, the text itself and the sound piece are inextricably connected, as the text forms not only the script of the piece, but also the generation of the sound piece at all. It connects the piece to several technologies, explaining how these are also necessary for its existence, while also making us aware of the familiarity of a technology such as the vocoder and its presence as a mediator and processor of information turned pop-cultural phenomenon (note to self, I guess next up should be an EP investigating the auto-tuner).

“Vocoder” as a release uses few means to successfully obtain its self-stated mission of creating a piece that coherent and interesting. It is pleasant, informative, challenging, but most of all, I think, it is fun to listen to. It is exaggerated in its delivery and presentation, extreme in its studiedness, but it is self-reflexive and deadpan as fuck, purposely utilizing its sonic material for comedic effect and this is an achievement for a piece of borderline-academic sound art.

Text from “Section I”:
“Hello, my name is Jack Callahan and I perform as “die Reihe.” The piece on this record is organized into seven discreet sections, each separated by twelve seconds of silence. This is the first section. The only sound source is my voice, which is processed through a vocoder created in Max/MSP and will continue to be altered in different ways throughout the rest of this piece. Let me give you a little background on the vocoder.

The vocoder, or “voice encorder,” was developed in the late 1930s by Bell Labs in Murray Hill, New Jersey as a way to code speech in order to reduce its bandwidth for transmission over long distances. A standard vocoder works by taking the voice signal, which is called the modulator, and splitting it into a number of frequency bands; the more bands, the higher the quality. The amplitude of each of these bands is recorded and subsequently decoded when the process is reversed by applying those amplitudes to bandpass filters through which another signal, called the carrier, is run. A frequency-rich carrier signal, such as a saw wave or white noise, is needed for the filters to properly convey the speech data.

In WWII the vocoder gained significant importance as a way to encrypt speech, protecting it against interception. At the start of the war the Germans were listening in on transcontinental communication between Roosevelt and Churchill, so the US commissioned Bell Labs to further develop vocoding technology, which they did, successfully encoding subsequent wartime communication. In his book “How to Wreck a Nice Beach: The Vocoder From World War II to Hip-Hop”, author Dave Tompkins writes that “They didn’t mind world leaders sounding like robots, just as long as they didn’t sound like chipmunks. Eisenhower did not want to sound like a chipmunk.”

By the late 1940s, composers began to see the vocoder’s applications in the burgeoning field of electronic music, but it took until the 1960s for Siemens to develop a synthesizer which featured a vocoding component. From then on, people such as Wendy Carlos and Afrika Bambaata, and groups like Kraftwerk and Tangerine Dream have brought the sound of the vocoder to a broader audience.

In this section my voice is being carried by a saw wave at 52 hz.” 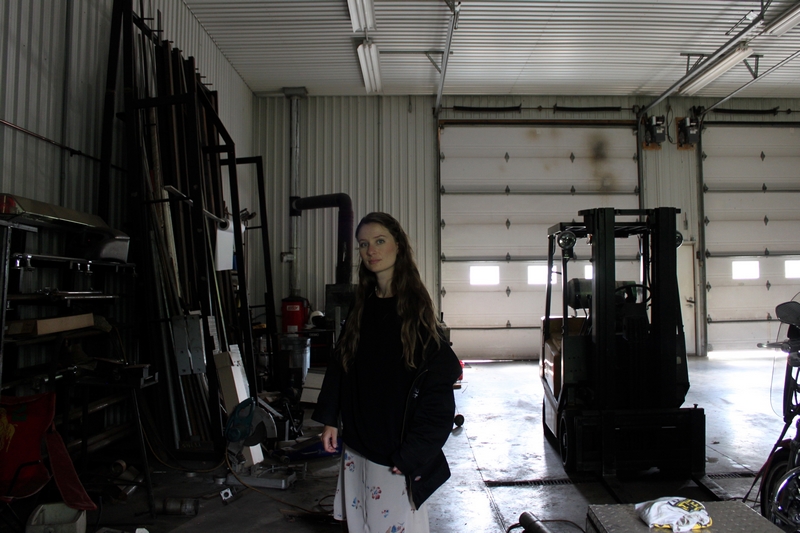 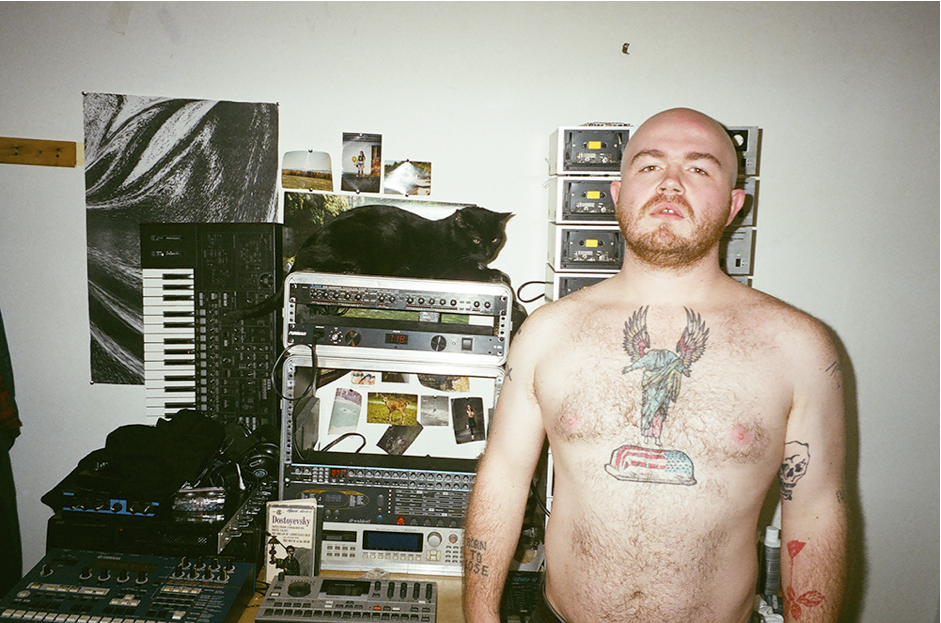