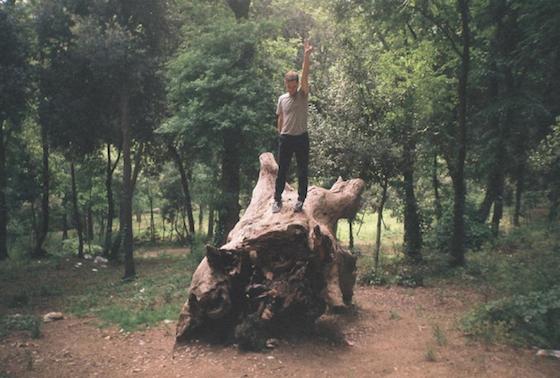 The great musician, artist, activist and our dearest friend Murat Ali Can aka Murat Üf Yaa died of cancer on Friday the 13th of December. It took 40 days from the diagnosis until his mind-numbingly early death. All his many friends and a little family buried him on Saturday the 14th at a cemetery outside Izmir in the same grave as his mother. It’s full of sunlight in the afternoon and the evening. He will be and is already being missed like crazy.

Murat came to Copenhagen in April 2013 and did three solo shows at Global with T.R. Kirstein/S.B. Nielsen, at Frosen Fisk at Vesterbro and at that great night in Henning Young (with Af Med Hovedet). At this point he was a big part of the alternative Turkish music scene and he went to Denmark for a brief period before facing 15 months of military service back in Turkey.

Earlier that year I wrote an article about the music scene in Istanbul, for which he was the main interview source (read it below/original publication).

Murat Can’s music was released under the name Mermaids and in the duo Kahverengi Karton Ayi – Turkish for Brown Cardboard Bear – whose last tape was released on French Steak Au Zoo.

Children of The Great Interruption

The megacity of Istanbul contains an underground of young musicians who are shaped by American culture, but also by a bloody military coup more than 30 years ago.

ISTANBUL – A walk down the main street Istiklal in Istanbul quickly establishes that Turkish culture is on the defensive. It’s in your face as you pass large luminous chain stores wishing you happy shopping. It thumps as heavy techno from the bars that promise you happy hours.

Off the beaten track you’ll also find Western influences penetrating the subcultures, even the small, closely knit unity of the alternative music scene.

Blog-hyped indie and laptop electronica has reached the Turkish megacity a long time ago. A young generation is exploring modern music software, fashionably old synthesizers, digital DJ equipment and classic rock instruments in new combinations. Not unlike what happens in Denmark (or any other Western country for that matter) at alternative venues and clubs. The on going music trends and the retro manic dives into Western history are also being played out in Istanbul. They drink a little less they dance a little more. And they typically sing in Turkish.

And the DIY-ethos is also thriving. Self made is well made. People print their own cover designs and burn their own CD’s, if they’re not posting their MP3 files directly onto blogs.

But you do run into a peculiar local reference while speaking with the Turkish alternative musicians: The year 1980.

After violent tensions between the Left and the Right throughout the 1970s – it is estimated that there were more than 5,000 politically motivated killings in the decade – the Turkish military performed a coup d’etat on the 12th of September 1980. Thousands were tortured, books were burned, political dissidents executed or imprisoned.

“Leaving behind a legacy of systematic apoliticization and dehumanization” as Tolga Güldallı from the punk band Haossaa writes in the book An Interrupted History of Punk and Underground Resources in Turkey 1978-1999 (BAS 2007).  Güldallı also writes about “the lasting, oppressive effects that the military coup d’état of 1980 had upon Turkish society, the conservative, insular nature of the post-coup Left as it sought to lick its wounds.”

“This experience made our parents wildly afraid of politics and of the state. If you risk being tortured or being hung… Everybody wanted to stay out of politics,” says 29-year-old Murat Üf Yaa – musician, singer, producer – about an event he was born several years after. Like most of the other young, alternative musicians in Istanbul.

In 1983 the new government introduced a neo-liberal economical policy as well an emphasis on conservative values. The telecommunications and the electronic media enjoyed a major boost, and with this a thorough Americanization kicked into gear. The following generations got hooked on Western television, movies, clothes and later also electronic gadgets.

“It was a very smooth transition, if you think about it: People were afraid, and they were kept busy and content through TV and consumer goods,” says Murat Üf Yaa and also points out that education suffered a significant blow in those days. In his school time the teaching of history stopped around the time of death of the Turkish republic’s founder, Atatürk in 1938.

But it wasn’t only a soft transition, but also a hard interruption. The bonds to the Anatolian culture from before the coup, especially the often political Anadolu rock was almost entirely severed. “Musicians like Cem Karaca, Şanar Yurdatapan and many others were forced to leave Turkey. The bands that emerged after the 80’s sounded more like their Western contemporaries,” says the one man project Grup Ses Beats.

“I am mostly influenced by what I used to hear on the radio and the TV in my childhood,” says 24-year-old Berk Çakmakçı aka Age Reform, now studying in New York City, but currently back in Istanbul. “I don’t think the music I make sounds Turkish at all.”

“The coup has certainly caused a discontinuity in our social lives, and as we were growing up we lacked decent roots to hold onto within the punk/alternative community in this geography,” says Ekin Sanaç and Berna Göl, together the duo Kim Ki O, in a mail. “We’ve always felt detached from where we live. Being from here does not really excite us and we definitely do not hold onto being more Turkish than we already are.”

But here they are, in Turkey: The children of the great interruption. In the process of creating Western-inspired meaning in a cultural vacuum. They are very much rounded by punk’s do-it-yourself strategies and countercultural ethos. And many see themselves as political, but not in an aggressive or explicit sense. “We mainly like to write songs of a political character in obscure and arty ways, not like direct punk lyrics,” writes Kim Ki O, who likes to deal with both gender related and socio-political matters in their lyrics.

From 2005 to 2007 Murat Üf Yaa organized punk concerts in Izmir on the west coast. Now he blogs quite directly about political issues, while his lyrics are artistic discussions of the police and the government’s  impact on people’s lives: “Sleep outside/Burn your house/Save yourself/It’s all worth it,” he sings.

There is of course no single, final and simple story about the music underground in a city with more than 13 million inhabitants. On the electronic scene there’s deviations from the story told above: Just listen to Levni, Vento Child, Tabanvay and Grup Ses Beats who sample music from before the military coup in 1980. Grup Ses Beats even believes that a reconnection to the Anadolu rock of the 60’s and the 70’s is being made these days. “I hope people can rediscover performers and their stories,” he writes in a mail.

There are collaborations all over the place in Istanbul’s music underground, also between the samplers of older Turkish music and the more Western inspired musicians. But the community is small. Everyone knows everyone, and most of the action takes place in only two venues: Peyote in the district of Beyoğlu on the European side of the city and Arkaoda in the district of Kadıköy on the Asian side. There’s simply a lack of spaces for expansion and creativity in the megacity, where rent and real estate prices are skyrocketing.

“I’m not sure if it is possible to talk about a proper ‘music scene’,” says Berk Çakmakçı. “I’d say it is more like a handful of people all making different things who happen to be friends. Which is great. Still, people need more places to perform at. Maybe warehouses, abandoned buildings and stuff. Where people can feel more comfortable and free.”

Deform Muzik: Music label behind the anthology Off Istanbul released on vinyl, but also in an online megamix. Off Istanbul was also in December the name of a tour in Holland and Belgium with a large selection of this article’s musicians – soundcloud.com/deform-muzik

Peyote Muzik: The music label of one of the two central venues in Istanbul – http://peyote.com.tr 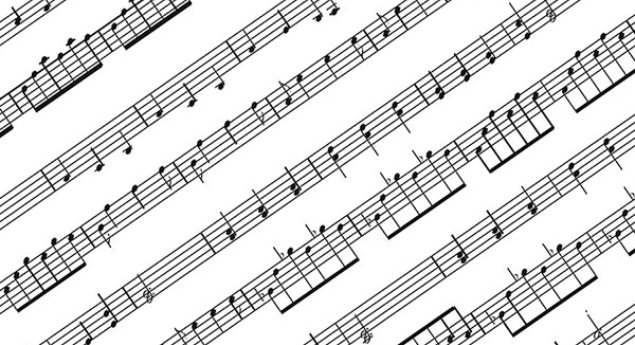 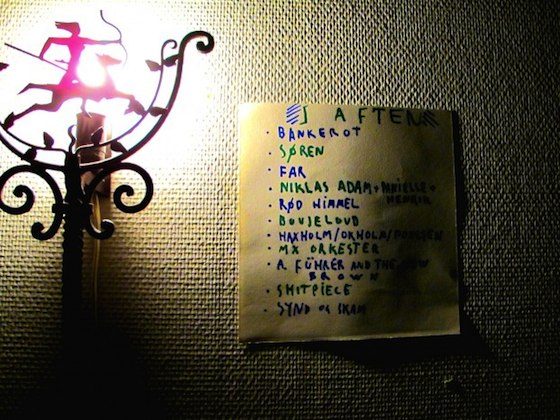