Before he was the head of the European Bank of Reconstruction and Development, and before he was an economic advisor to French president François Mitterrand, Jacques Attali wrote a strange book that was hugely influential within peculiar circles—“Noise: The Political Economy of Music (Bruits: essai sur l’economie politique de la musique)”. The book appeared in French in the late 1970s amid a flurry of intellectual innovations that had been spawned by the newly apparent political possibilities following the uproar of 1968. In this atmosphere in which ideas of how the world could be transformed seemed to be spilling out of every sector of culture while formal institutions tried to play catch-up, music stood out to Attali as the most powerful (and the most under-theorized) source for understanding the forces of production that create the world around us. And, as he studied it, it became apparent to him that this was not a new phenomenon. Indeed, it has always been the case.

This is a book about how we can trace the development and force of ideas as they intersect with material circumstances. And for Attali, only music could provide the sufficiently rich resources on which to base this shift in economic thinking.

However, music is not music in the first instance. Rather, everything starts with Noise. As Attali begins the book:

“For twenty-five centuries, Western knowledge has tried to look upon the world. It has failed to understand that the world is not for the beholding. It is for hearing. It is not legible, but audible.
Our science has always desired to monitor, measure, abstract, and castrate meaning, forgetting that life is full of noise and that death alone is silent: work noise, noise of man, and noise of beast. Noise bought, sold, or prohibited. Nothing essential happens in the absence of noise.“

For Attali, it is in noise that we find the underlying chaos of what it is to exist, to live and to change. Our ability to understand this has been hampered by the hegemonic obsession with the notion that the violent mess of reality could not be the actuality of the world. The false belief that the truth must lie in some transcendental plane accessible only through rationality. Against this, Attali says that we should listen to the cacophony that surrounds us to not only recognize where the dominant paradigm falls short but to hear an echo of what the future will bring.

The first step he takes in the analysis is to define a specific counter-category to noise in music. The reason for this, he cites, is the peculiar autonomy the form has taken on in recent centuries, which he sees as indicative of wider historical, economic and political developments. He then divides the history of music into four periods: Sacrificing, Representing, Repeating and Composing. Each of these, Attali claims, were/are predictive of a coming shift in political economy. While Marxist analysis has long claimed that political and economic forces could be found influencing the form and content of cultural practices like music, Attali wants to flip this base/superstructure relationship. Instead of music articulating the economic reality of the present, he claims that music produced under these conditions articulates how things will change in the future.

During the period of sacrificing—roughly speaking pre-modern music from before 1500—, Attali claims that music emerged in the daily practices of people as a way to contain the chaotic noise of nature and silence of death. Music in this period was used to resist these forces as a new civilization was being established that would see humanity attempting to separate itself from nature. Music was a means of sacrifice that would allow humans to transcend the state of nature and move into the status of quasi-gods. In this way, music is complicit in the production of one of the most dangerous and persistent illusions we live with today, that humanity is somehow above the world of which it is a part.

The period which Attali calls representing sees the role of music shift form the role of producing this separation to defining it.  From roughly 1500-1900 many music practices that had only existed as ephemeral vibrations in the air made their way into more permanent physical forms through notation. Music had seemingly transcended its spatiotemporal limitations and could now be reproduced and standardized, anywhere at any time. Following this were developments in record-keeping such as the widespread adoption of double-entry accounting that allowed for the tracking and verification of financial transactions, which ultimately lead to the development of the economic system of capitalism in the 1700s. Another development in this period of representation were practices for the systemized collection of empirical data. As writers such a Michel Foucault have argued, this lead to the production of new and powerful forms of knowledge. An example of this was the shift from romantic concepts such as the generalized mass of “the people of a nation”, to what could now be reliably accounted for as a quantifiable population. With this new conception, the economic or military capacities of a people could be precisely determined and mobilized. For Attali, these trends pointed in one direction, the mass production of industrialization.

The moment in his history in which he wrote the book, Attali considered to be part of the period of repeating. From about 1900 to his present, Attali saw the recording and broadcast of sound as paradigmatic of the unprecedented productive capacities of late-stage capitalism. More music could be produced now than ever before. More than anyone would ever have the time to listen to. This, however, lead to contradictions that Attali was eager to critique.

“The major contradiction of repetition is in evidence here: people must devote their time to producing the means to buy recordings of other people’s time, losing in the process not only the use of own their time, but also the time required to use other people’s time. Stockpiling then becomes a substitute, not a preliminary condition, for use. People buy more records than they can listen to. They stockpile what they want to find the time to hear. Use-time and exchange-time destroy one another. This explains the valorization of very short works, the only ones it is possible to use, and of complete sets, the only ones worth the effort of stockpiling. This also explains the partial return to a status prior to that of representation: music is no longer heard in silence. It is integrated into a whole. But as background noise to a way of life music can no longer endow with meaning.“

Like Adorno before him, Attali saw the mass production that had been facilitated by industrialization as leading to the banalization of music in line with market demands. However, unlike Adorno, he saw some potential in the slow drift away from the paradigm of representation facilitated by these technologies of production, reproduction and distribution. Repurposed, Attali claimed, these tools could be used for the purposes of liberation.

This lead to the speculative portion of Attali’s peculiar history; the period of composing. Attali claims that the musical practices that emerged as a result of sound recording technologies promised the coming of an age in which production could be democratized. In more standard Marxist terms, one could call this the seizing of the means of musical production, which Attali suggested would prefigure a more generalized redistribution of productive power. However, from today’s vantage point, approaching nearly half a century after this theory of history was first floated, we may be more than a little skeptical that access to programs like Garage Band and platforms like SoundCloud will lead to a more generalized reorganization of political economy. That being said, such things often seem impossible right up until they happen.

“Noise” is a remarkable book in terms of both its imaginative potential and its audacity. Even critics of the book—like Steve Goodman, who refers to Attali’s utopian vision, rightly, as “masturbatory”—draw from its reconceptualization of music as a force of historical importance.  And while the history it recounts may be contestable, to focus on inaccuracies is to read the book in the wrong way. “Noise” seeks to disrupt more reputable representations of how we arrived where we are by focusing on a vital set of sonic practices that have endured and mutated over time and throughout society. There are so many people who will tell you they couldn’t live without music that it has become a cliché. In “Noise”, Attali uses his skills as an economist to try and prove them right.

Info: “Noise: The Political Economy of Music” was originally published by Presses Universitaires de France in 1977. 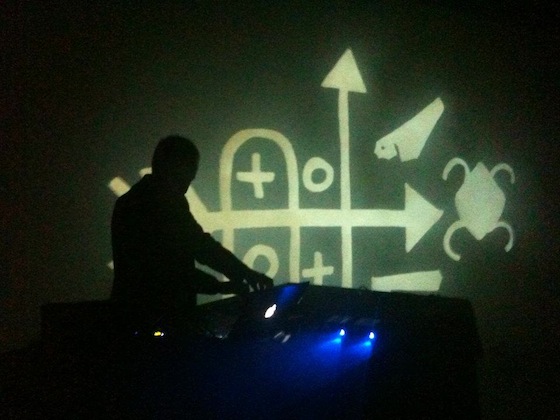 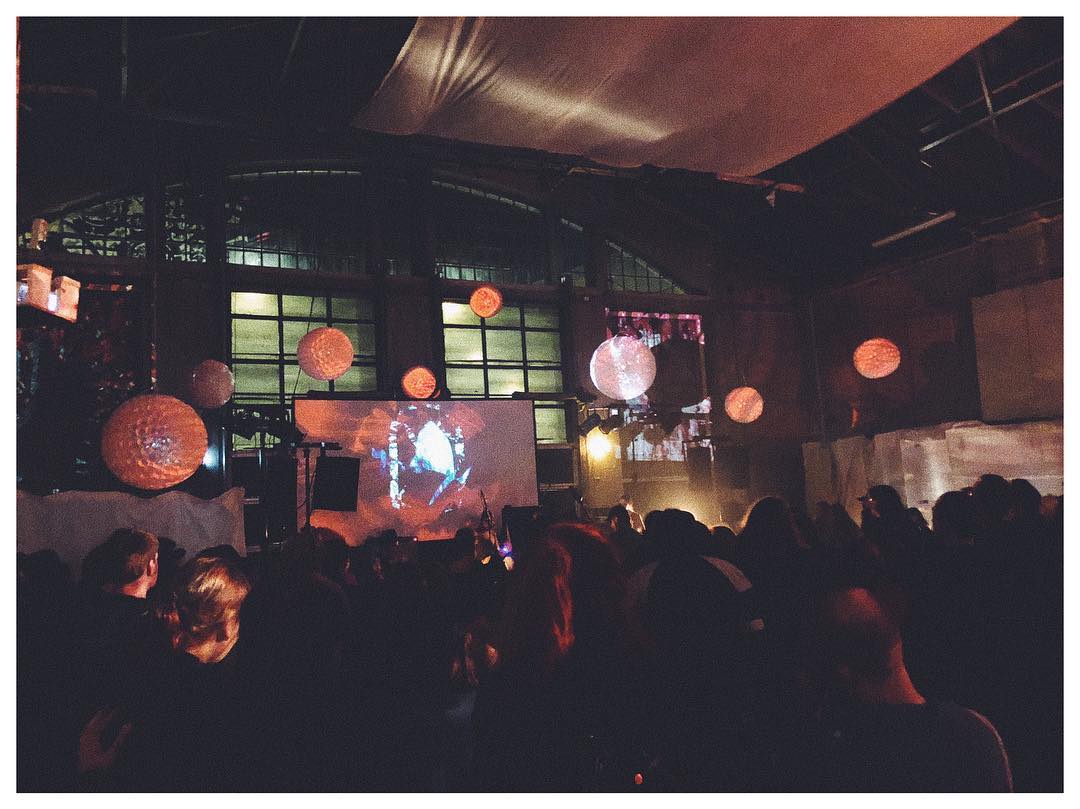 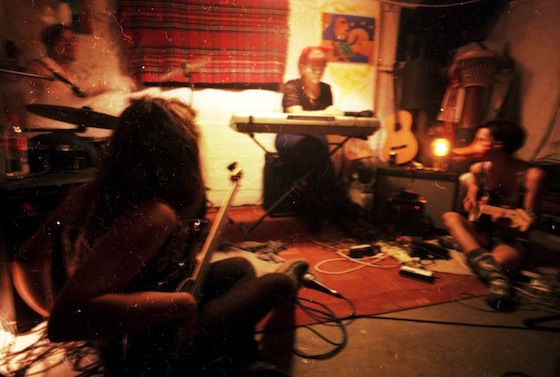